The proposal would remove the spending cap on the Vessel Turn-In Program, which DNR said is currently limited to spend no more than $200,000 per biennium. 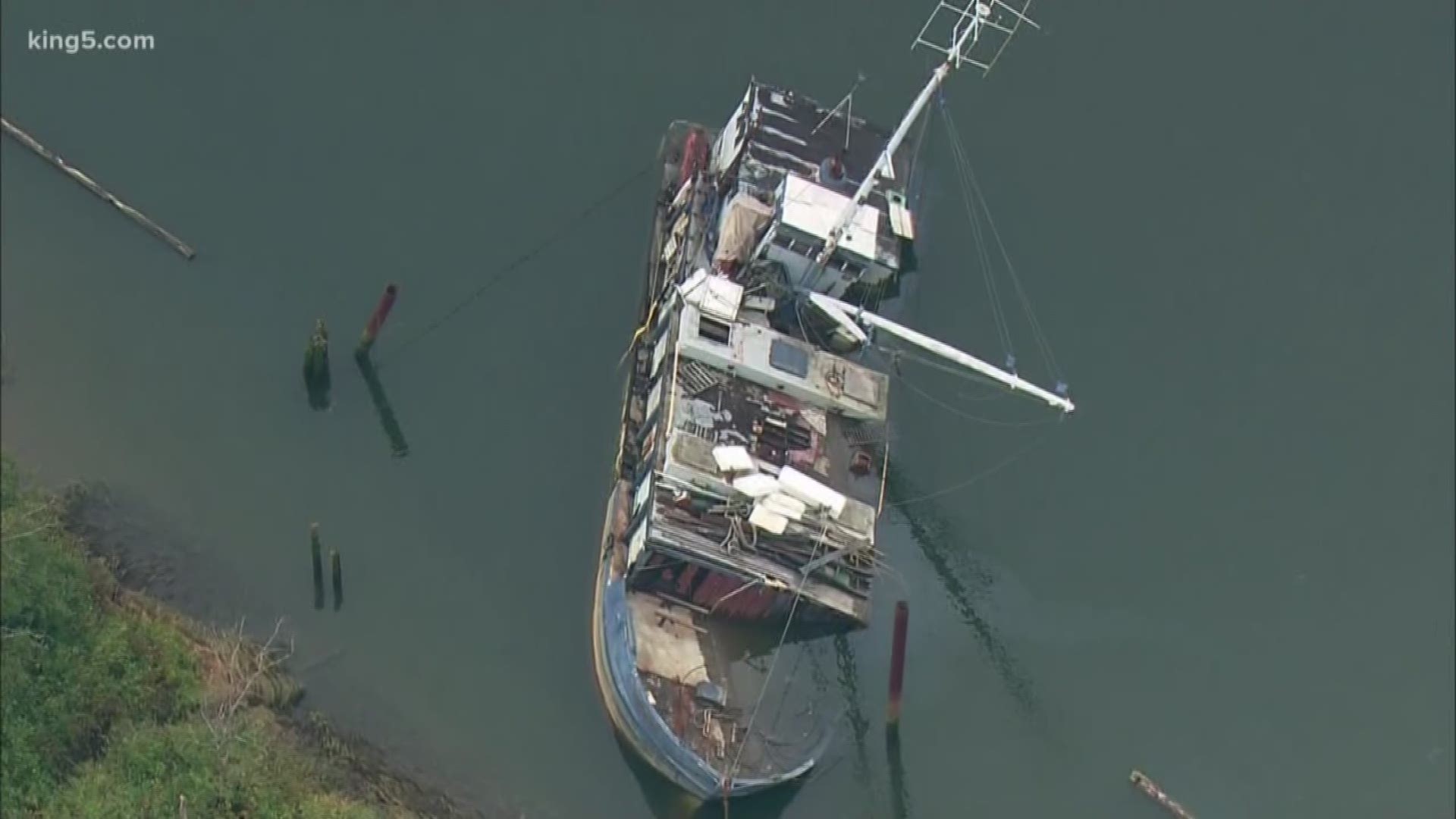 Just as Washington state crews work to remove a derelict vessel that's been long-sunk in the Hoquiam River, the Department of Natural Resources is asking lawmakers to bolster the program addressing the problem.

The Lady Grace has been sunk in the river where it passes through Hoquiam for several years now.

Commissioner of Public Lands Hilary Franz said it shows the issues they face removing similar vessels. Crews had to delay removal Thursday when they realized the hull was more damaged than previously thought, and it would likely break apart when raised with planned floats.

DNR has identified at least 204 derelict vessels in waterways statewide, seven of which are submerged in that stretch of the Hoquiam River.

Experts say the sunken vessels can cause navigation issues and contamination concerns.

“We have a significant issue of derelict vessels, where boats are abandoned, and in bad condition and they begin sinking,” Franz said. “And obviously, it has significant environmental challenges for our salmon, our water quality.”

She said the longer a boat sits, the more costly it becomes to remove it.

DNR identified the Lady Grace at least two years ago, but hadn’t had funding available to remove it, Franz said.

The agency is asking lawmakers to give them more power in removing derelict vessels and enforcing penalties against owners.

The proposal would remove the spending cap on the Vessel Turn-In Program, which DNR said is currently limited to spend no more than $200,000 per biennium. Officials also hope to apply secondary liability to smaller vessels - down from 65 feet and 40 years old to 35 feet and 40 years old, extend ticketing authority to the removal program and pilot a vessel recycling program.

“I do believe most people would like to voluntarily turn these over and make it efficient and easy, versus allow it to cause problems,” said Franz. “We’re trying to make that quicker for them.”

Removal of Lady Grace is expected to be complete in the next few days.