Pilchuck River is 5 degrees too warm and threatening salmon runs

The Washington Department of Ecology is asking for the public's input on plans to cool the Pilchuck River and improve salmon runs. 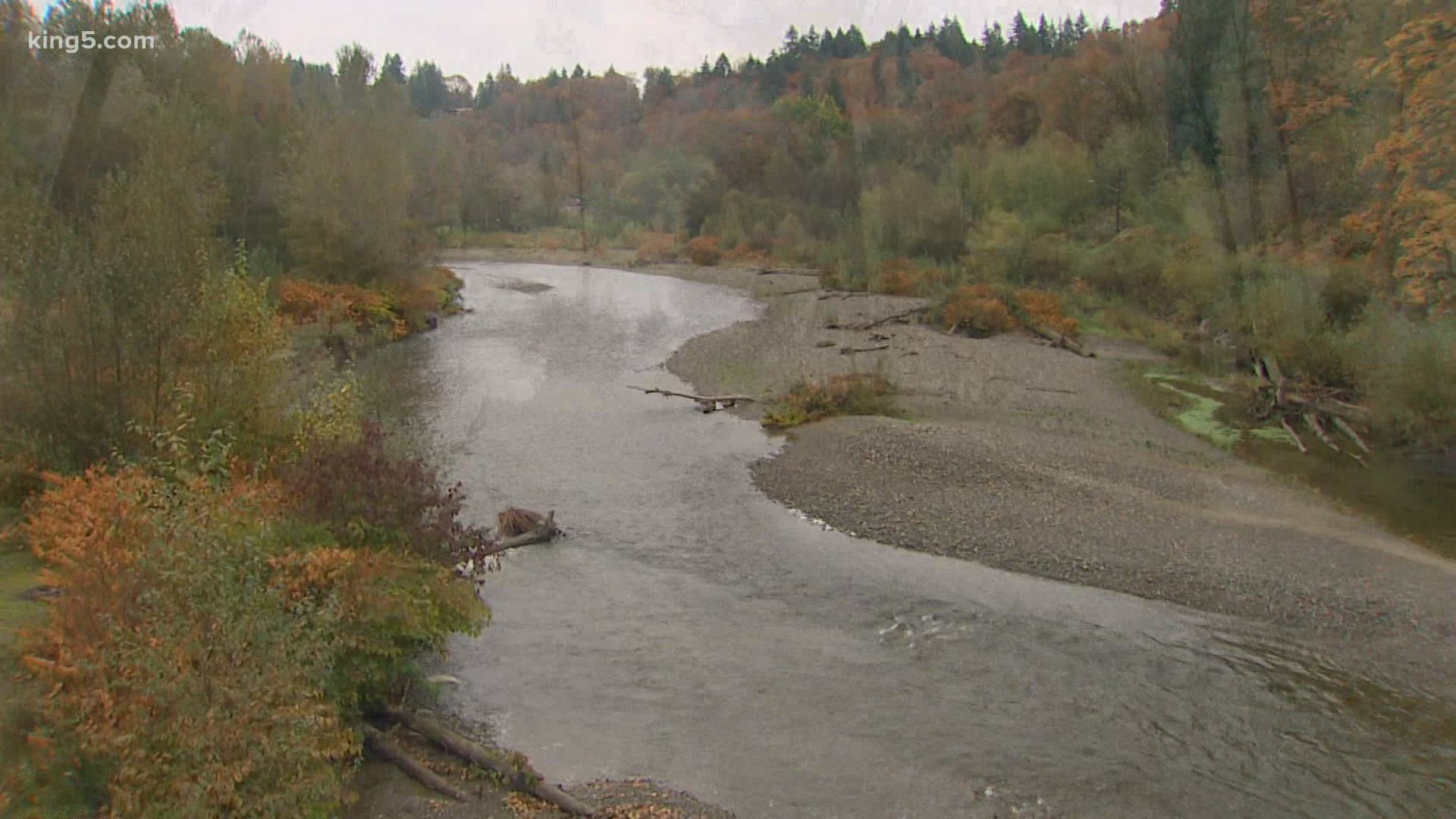 The warming of the Pilchuck River in Snohomish County has been building for many decades, according to the Washington Department of Ecology.

From settlement to logging to development of towns along its banks, the agency says the water in the river is now 5.4 degrees warmer than it should be, and that is a bad thing for important salmon runs that return to the Snohomish County waterway.

Until Nov. 15, the Department of Ecology is asking for public input on a continuing plan to bring those temperatures down and the number of fish up.

Warm water also retains less oxygen than cold water. In some cases along the Little Pilchuck, the department has reports of sluggish and dying fish because of low oxygen levels. Slower moving fish are also more vulnerable to predators.

There are three main points to the plan, according to Heather Khan, a Water Quality Specialist with the department and the project leader.

Regarding point number three, Ecology said water doesn’t just come down from the mountain. Ground water also makes its way into the river, and pumping from so-called "exempt wells" takes some of that ground water away. That’s enough to reduce flow by 4.5 cubic feet per second.

There aren’t big agriculture operations on the Pilchuck, but residential and pastureland owners who water grass and some crops. The department is hoping more people will irrigate early in the morning and in the evening, rather than the middle of the day when much of the water evaporates, especially during the late summer and early fall when the situation becomes more difficult.

Much of the work has already started. One organization helping out is the Adopt A Stream Foundation that says it’s planted some 40,000 trees so far, rebuilding eroding banks and repairing what’s known as the riparian zone, which ideally would be a wide buffer of trees and vegetation on either bank of a river, said Tom Murdoch, the organization's executive director.

The Department of Ecology has a summary of the water quality improvement plan for the river and its tributaries, based in large part on scientific studies that included the dye test.