New photos show wolves are moving into western Washington, and wildlife officials are investigating to see just how active they are. 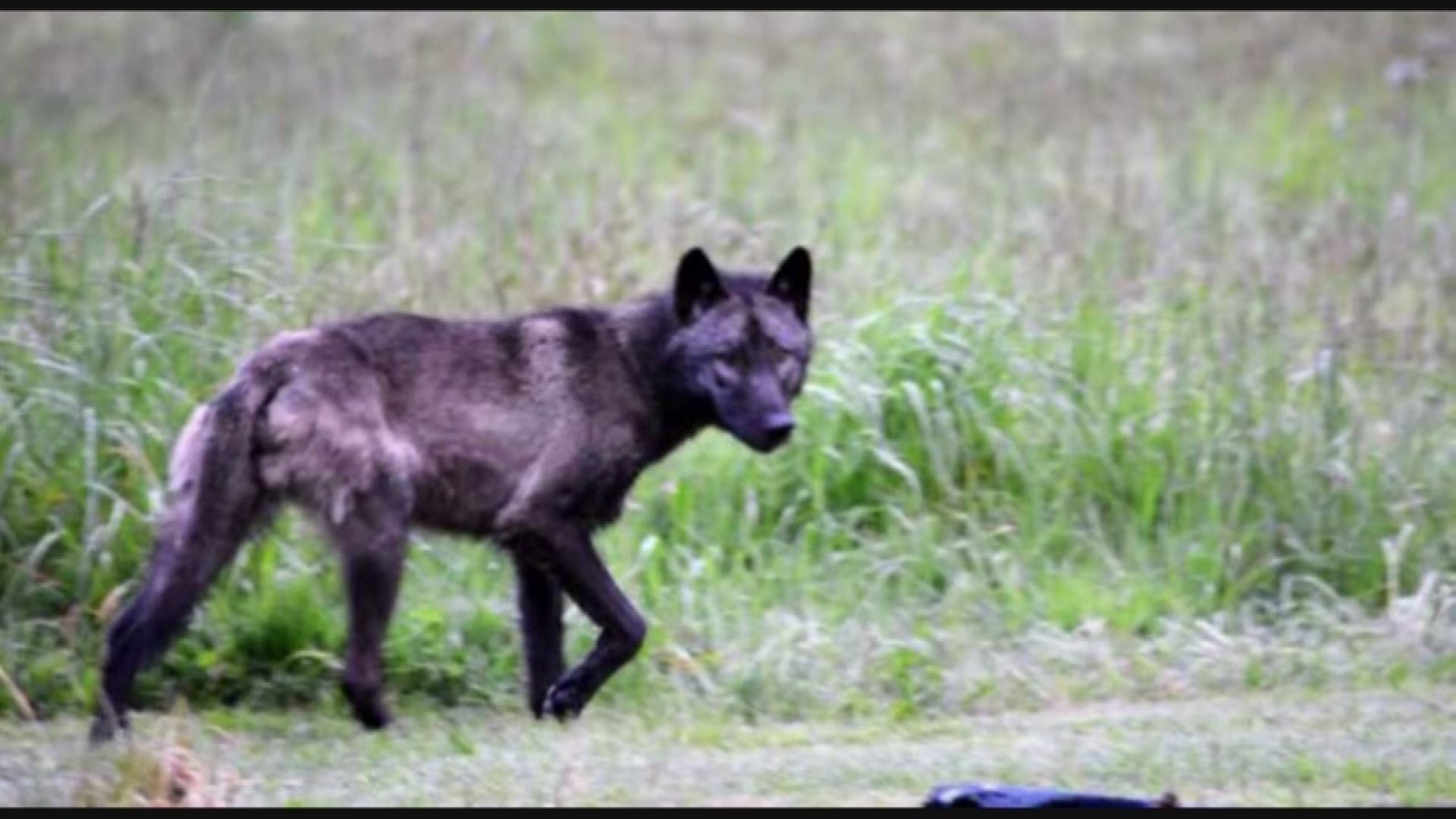 New photos show wolves are moving into western Washington, and wildlife officials are investigating to see just how active they are.

The photos were taken by Marvin Kempf between the towns of Marblemount and Rockport, about 100 miles from the closest known wolf packs. For a wolf, though, 100 miles is nothing.

“I wouldn’t be surprised if I did see some. I figure there are more coming down,” said Dwayne Patzer, one of many locals with stories about wolves.

"It's too early to confirm whether a pack is present there, but we have confirmed what we believe to be wolf activity in the area," said FWS Carnivore Lead Gregg Kurz.

Kurz said field crews recently spent 10 days trying to trap and collar the animal with GPS. They spotted the animal in a pasture but weren’t successful at catching it, so they’ve put up cameras in the area.

They’ve found tracks of different sizes, but Kurz says it could still be the same animal.

A Skagit County resident captured pictures of what wildlife officials believe is a wolf on the western side of the North Cascades. Photo: Courtesy of Fish and Wildlife Service.

The nearest packs are the Teanaway wolf pack near Cle Elum and the Lookout pack in the Methow Valley. Last year, some of the Teanaway wolves moved north. This wolf could be related to them – what wildlife experts call a “dispersing animal.” A similar looking black colored wolf was killed on I-90 near Snoqualmie Pass two years ago.

"Dispersing animals are a normal part of wolf movement,” Kurz said. "When wolves reach certain age they like to go out and explore and find their own territories. You can have singles or a pair move off."

“So far they’re not doing any damage, but when they start doing damage, it’s going to be open season,” Ron Richardson said. “You’re upriver. You’ve got upriver justice.”

Richardson doesn’t want the apex predators for neighbors. He calls them a nuisance.

“Just like the bears. They make good rugs,” he said.

Plus, not everyone wants them gone.

“I’d like to see one or two or a pack, but I don’t want to see too many,” Patzer said. “I don’t think it’s a bad thing. Wolves are part of the ecosystem. They do keep things in check. It’s a balance.”

If the cameras show more activity, biologists will return for a second effort to trap the wolf so they can collar and monitor its movement.

"Some days they stay a few days, sometimes they move on,” Kurz said.