Dozens of people in the Pacific Northwest died during the historic June heat wave where temperatures in Seattle reached an all-time record high of 108 degrees. 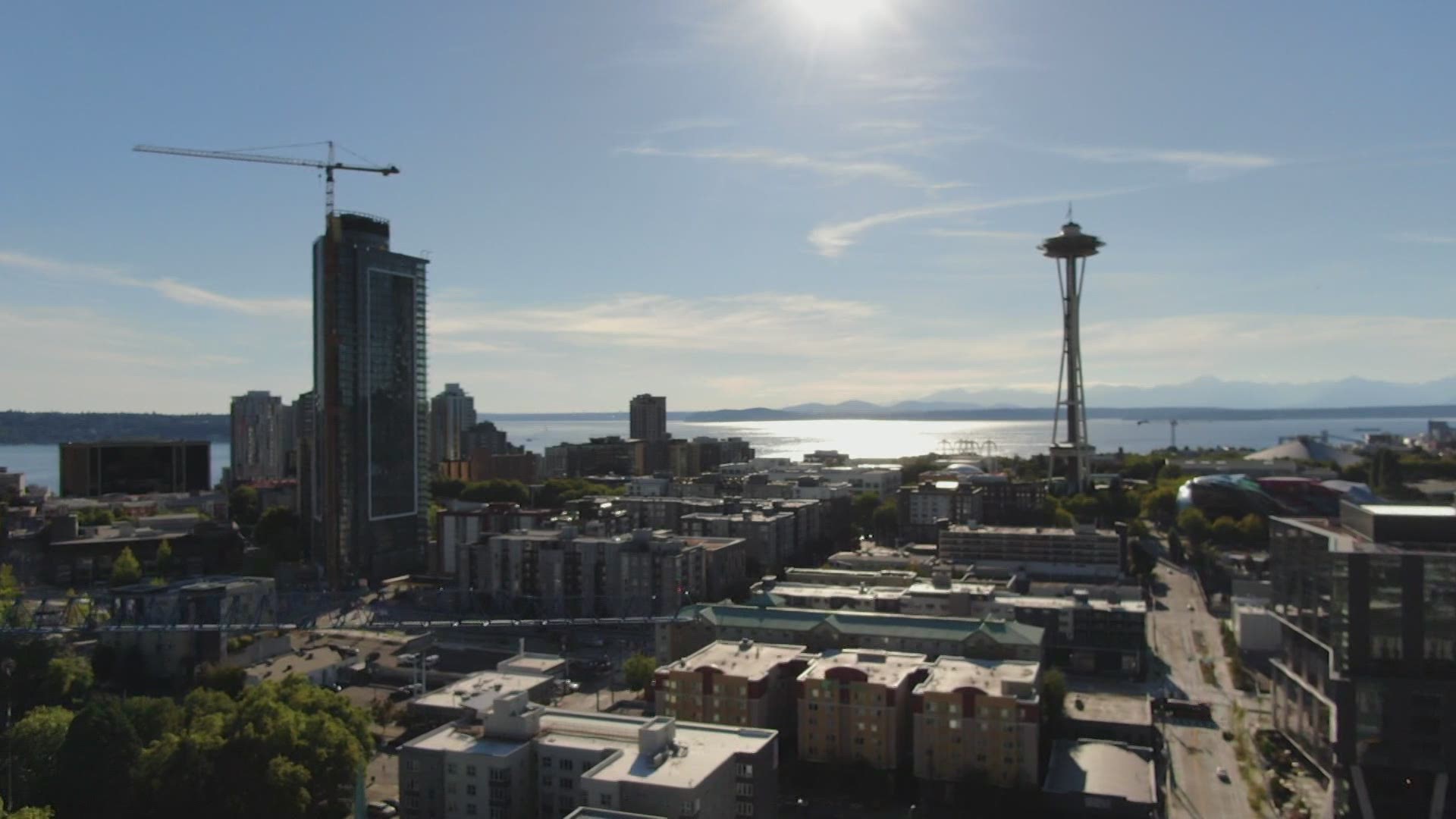 SEATTLE — Dozens of people in the Pacific Northwest died during the historic June heat wave, and that number climbs into the hundreds when including preliminary death totals from Western Canada, which also saw record temperatures in the triple digits.

To date, 13 people died in King County of heat exposure. Nine deaths in Pierce County have been attributed to the extreme heat in the region. In Snohomish County, three deaths have been confirmed due to "hyperthermia" or extreme heat. Officials in Oregon have recorded at least 60 deaths from extreme heat.

A statewide count in Washington is not yet available, the state Department of Health (DOH) said Thursday, citing reporting lags as data flows in from local jurisdictions. However, officials said since June 25, there have been 1,792 recorded emergency room visits for suspected heat-related illness. State health officials said 382 of those, or 21%, were admitted to the hospital.

The highest volume was on June 28, when temperatures in Seattle reached 108 degrees, with 702 emergency room visits. During this period, pavement buckled on area interstates from the extreme heat.

State health officials said 93% of patients within those numbers seen for heat illness were 18 or older, and 39% were 65 years or older. The majority of deaths recorded so far in Snohomish and King counties are people in their 60s, 70s and 80s.

He said in King County, Emergency Medical Services (EMS) responded to 370 heat-related medical calls during the past few days, which nears the combined total for heat calls for 2018, 2019 and 2020 combined: 425.

“This event abruptly shifted our attention away from the COVID-19 outbreak where we’ve been appropriately focused, to an even bigger and more serious long-term crisis, which is the health impacts of climate change,” Duchin said.

While extreme heat may occur because of weather patterns, human-driven climate change makes it more likely, and more severe.

Duchin noted the disparate impacts of climate change on low-income people, and BIPOC communities. Researchers with the University of Washington partnered with King County to study heat impacts in the area, and found urbanized spaces experience heat more severely.

Duchin said governments will have to further prepare to protect communities in future events – from promoting urban green space to control ‘heat islands,’ to providing cooling resources. Still – he expects there will be a human toll, as the impacts of climate change continue.

“Increasing frequency of extreme heat, fire and smoke events is our new reality,” Duchin said. “And we need to expect that and we can take significant steps to minimize the health impacts from those events. I don’t know if we can prevent all deaths. But we can certainly minimize the risk.”

Duchin noted that it's possible more deaths will be recorded in the coming days, as the impacts of heat can sometimes slowly become apparent.