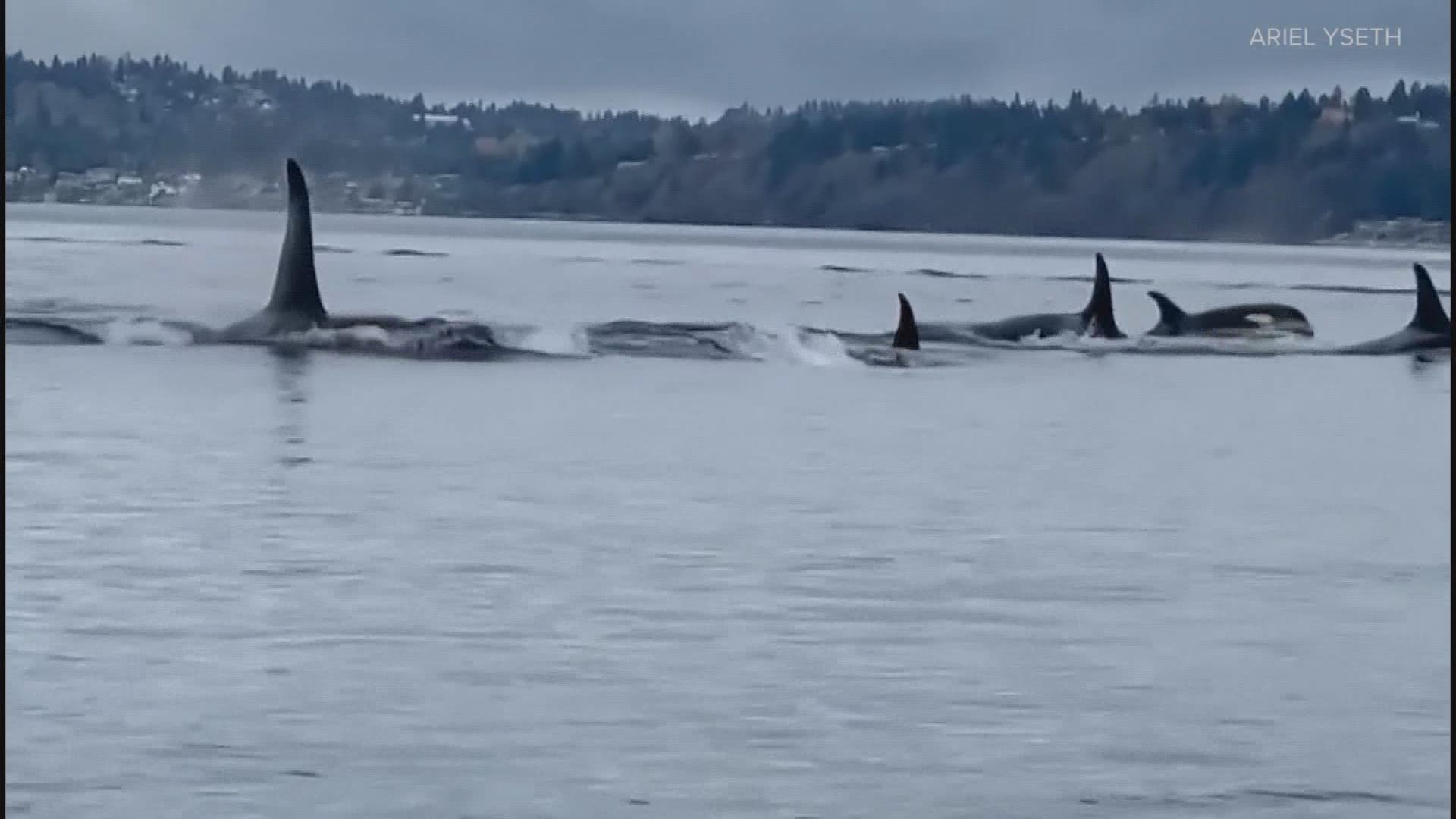 SEATTLE — Sealife researchers at SR3 are celebrating a new piece of technology that will help them better track the health of the endangered Southern Resident killer whales.

Since 2008, the group has used aerial photos (photogrammetry) to track the health of the J, K and L pods. But each drone flight can generate thousands of images, which can take as long as six months to process and analyze. A lot can change in that amount of time for the endangered whales.

Now they’ve partnered with Vulcan Inc., which designed a machine learning tool to process the images more efficiently. It’s called the “Aquatic Mammal Photogrammetry Tool,” and can identify individual whales and various physical characteristics that can be used to measure health. After the machine learning portion of processing, a human user can go in to refine data and correct mistakes.

“And this has been shown on a per-image basis to save 25% of their time,” said Dr. Sam McKennoch with Vulcan. “And then for a batch of images, the savings in time is even greater, currently going from as much as six months to approximately six weeks, and we are driving towards days as we continue to improve the tool. And really, this tool is a down payment towards what we think is possible here.”

SR3 is already using it and hopes it will save time, money – and even whales, as faster turnaround allows for more timely management recommendations to regulators.

“When we do detect declines in condition and individuals in poor condition, we're able to provide management agencies like NOAA Fisheries with these qualitative health metrics, in hopes that this will act as a sort of early warning system before whales die,” said Dr. Holly Fearnbach, Marine Mammal Research Director for SR3.

Researchers believe such a tool could even be applied at a more granular level: to target or protect specific salmon runs, and time vessel disturbances to protect prey.

Vulcan was founded in 1986 by the late Microsoft co-founder Paul Allen and his sister Jody Allen.