A group is using a network of underwater microphones to better understand how noisy it is in the Salish Sea for Southern Resident orcas and what we can do to make it quieter. 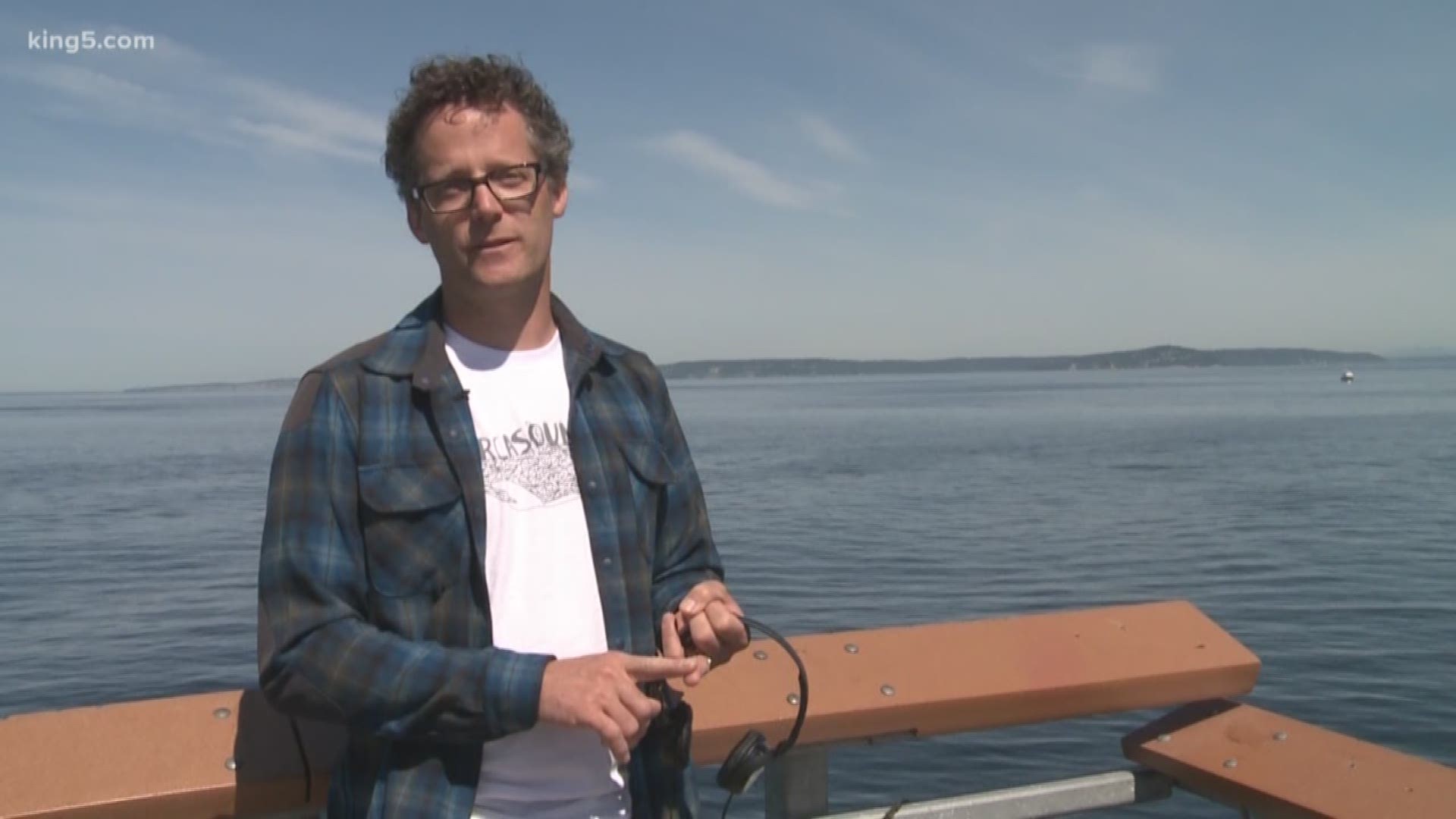 EDMONDS, Wash. — Southern Resident killer whales use clicks and sound to find their prey, the majority of which are Chinook salmon. The signal bounces of a fish's swim bladder like a radar, which helps the orcas know exactly where their prey is located. Sometimes those fish are hundreds of meters away.

The hunt gets even more challenging as Chinook salmon stocks continue to decline. Now, add in all the noisy vessels in between the whales and the few Chinook salmon that remain.

The monitoring system, which is entirely accessible to the public, has shown just how loud Puget Sound is when the orcas come here looking for food.

"We have Killer Whales who are acoustic specialists basically living in the shipping lanes," said Veirs.

We used a hydrophone to listen as the Edmonds ferry left for Kingston.

Scientists believe the Southern Resident orcas need the noise level to be less than 105 decibels to hunt. And they don't just contend with one boat at a time. Multiple boats, aircraft, and even trains can add noise.

Just like humans, orcas have to talk louder when it’s noisy, which may cause the whales stress. Sometimes it's so noisy they just give up looking for food.

"The good news about noise in the ocean is that if you remove the source, or you quiet the source, the pollution goes away," Veirs explained.

Viers pointed to research that shows just 15% of the ships in Haro Strait cause 50% of the noise.

In 2012, container ships in Haro Strait made the most noise at almost 180 dB at the source and were the fastest moving. Bulk carriers were the fifth most intense at 173 dB, but were also the most common, making up one-third of the traffic.

Modifying boats to make them quieter will make a big difference, Veirs says.

"Once you start turning the propeller in a way that causes this thing called cavitation, it makes this high-frequency hissing sound. That is important for the killer whales because they are high-frequency specialists. They click at frequencies that are well above what we can hear," Veirs said. "Anything you can do to keep a propeller from cavitating will be helpful to the whales."

For Viers, all the other problems the Southern Resident orcas facing, like salmon habitat recovery and reducing pollution, are still important to fix.

"But the easy thing to do to increase access to salmon reduce noise," he said.