A new orca calf was spotted with her mother, nicknamed 'Surprise!' for her own surprise birth in the Salish Sea. 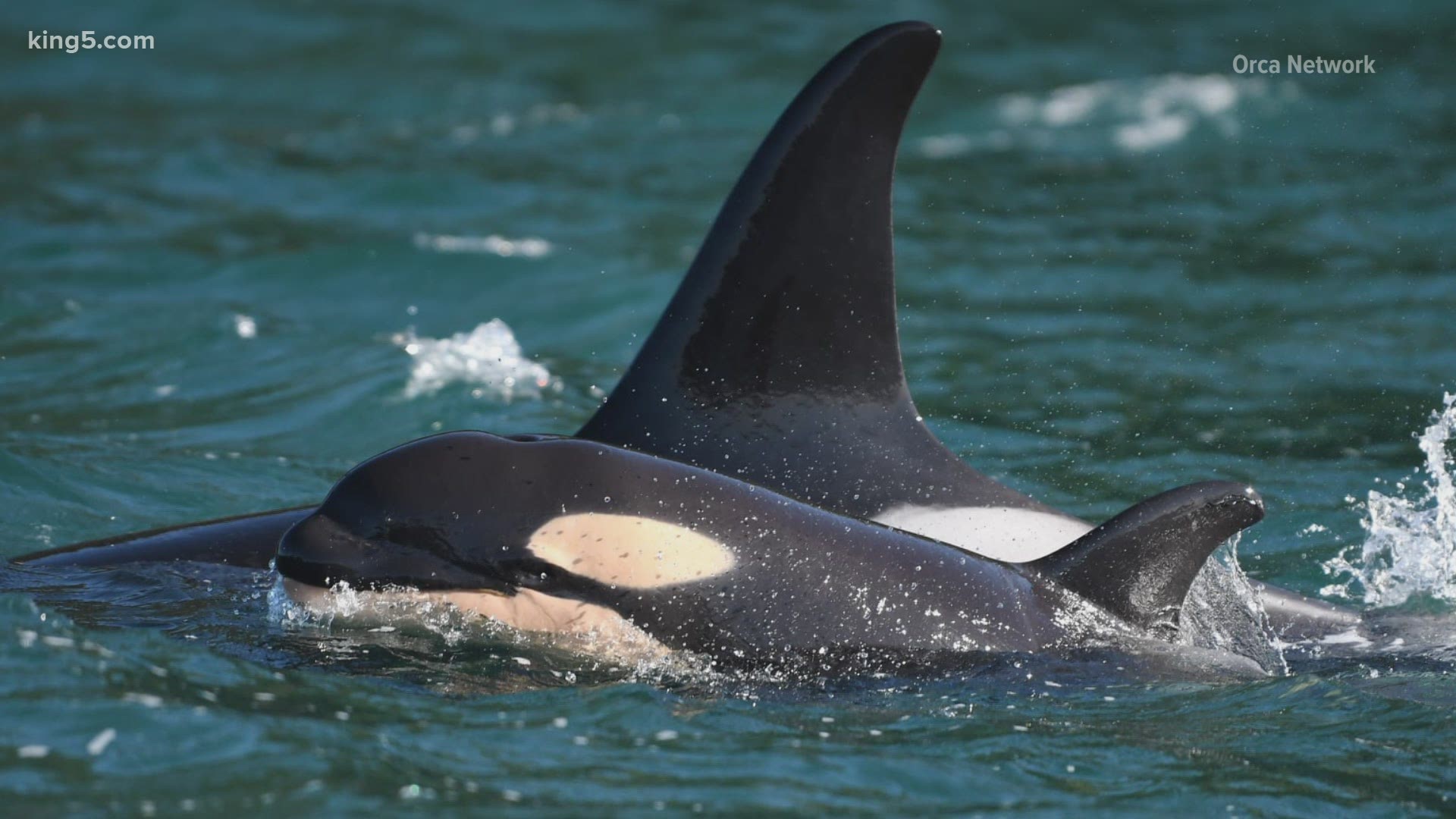 Whale researchers say another calf has been born to the endangered Southern Resident orcas of the Salish Sea.

The Orca Network wrote on its social media pages Wednesday that the whale known as L-86, or by the nickname "Surprise!” for her own surprise birth in 1991, had been seen with a new calf. This is her fourth offspring.

The new calf, known as L125, has the size and shape of a calf in good physical condition, experts said Wednesday.

"It is nicely filled out and appears to be a perfectly normal little calf," said Dave Ellifrit, photo-ID expert for the Center for Whale Research.

Only about half of newborn orcas survive, but if this one does it will boost the population to 75.

All three pods, the J, K and L pods, of the whales were seen heading up Haro Strait between San Juan and Vancouver islands. Two calves were born to J pod in September.