K21, also known as Cappuccino, was seen in the Strait of Juan de Fuca last week in poor body condition, emaciated and with a collapsed dorsal fin.

SEATTLE — Whale watchers in Washington state say an orca is presumed dead after being found in distress last week in the Strait of Juan de Fuca.

K21, also known as Cappuccino, was seen July 28 near Race Rocks in the Strait of Juan de Fuca in poor body condition, emaciated and with a fully collapsed dorsal fin, according to the Orca Behavior Institute, a nonprofit that conducts non-invasive research on Southern Resident and transient orcas in the Salish Sea.

The Department of Fisheries and Oceans in Canada attempted to re-locate K21 the following day, but were unsuccessful, the institute said.

The orca's official cause of death remains undetermined.

At 35-years-old, K21 was believed to be the oldest male among the Southern Resident orca's three pods. The average life expectancy of a male resident killer whale is about 30 years, according to NOAA. However, they can live up to at least 60 years or longer.

As of December, 2020, the Southern Resident orca population totaled 74 whales, with K Pod being the smallest at just 17 whales. L Pod had 33 whales and J Pod had 24, according to the Center for Whale Research. 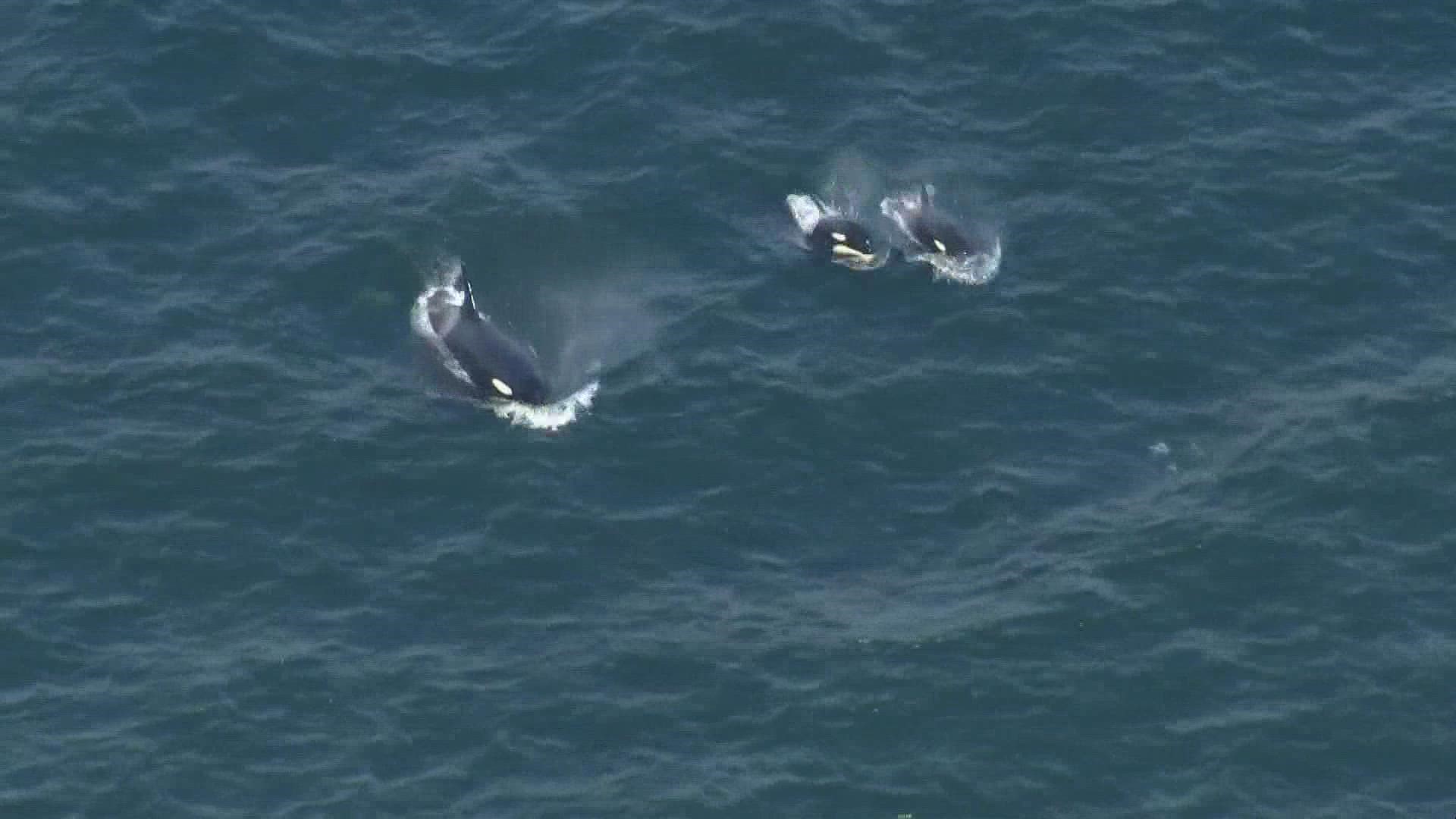