We hope you will join us for these three very special weeks. We hope this time of intense focus is the beginning of a brighter future for the Southern Residents. 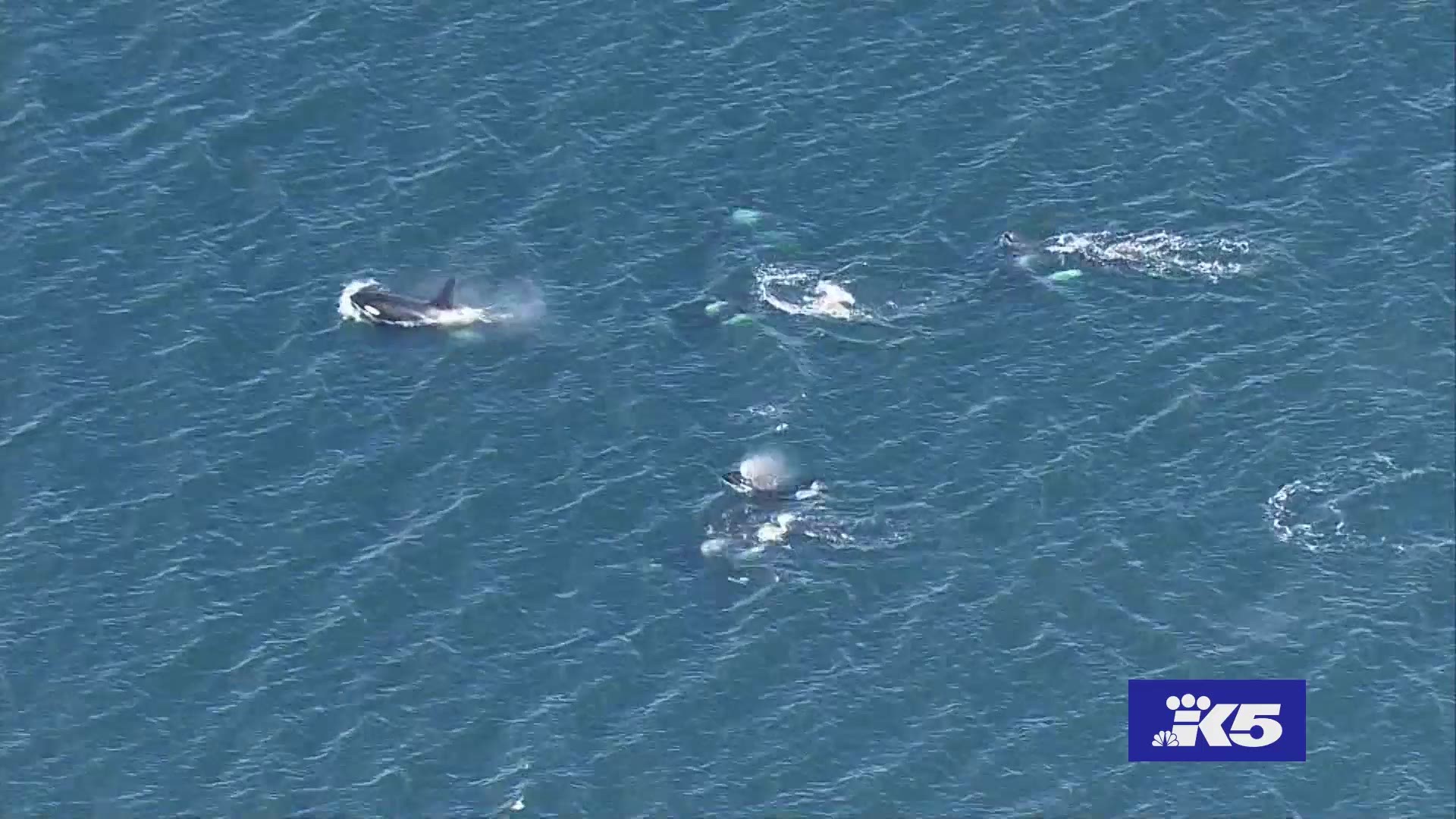 When I took the reins as Environmental Reporter for KING 5 in early 2015, it was during the Southern Resident Killer Whale “baby boom.” Amid several successful births and all of the celebrations surrounding them, I had a false sense of optimism about the orcas. I knew they were endangered but I had no idea just how endangered they really were.

It didn’t take long for reality to settle in, as each of those calves disappeared. Last year, wildlife officials staged a historic intervention to save one of them, J50, but were unsuccessful. It came soon after a mother orca, J35, pushed her stillborn calf for more than two weeks, refusing to let go of her dead body. There are not many of us who have written both birth announcement stories and then eulogies for the same whales in just a few years. I am one of them. So, I feel responsible for how those stories either fall flat and disappear like their subjects or inform the public in a way that inspires action.

There are now only 75 Southern Resident orcas left alive in the wild. That number, however, is misleading. Perhaps only a dozen of them are capable of reproducing and if we lose them, the whales will be functionally extinct. All that will be left to do is write eulogies, no longer birth announcements. Though scientists and killer whale experts have been sounding the alarm for decades, only recently has the plight of the orcas captivated the world. Perhaps unlike ever before, people are starting to pay attention, and because of that, so are the policymakers.

Inspiring action along with that awareness is what we hope to do over the next three weeks at KING 5. We will cover multiple angles related to the recovery of the Southern Resident killer whales and each week will have a theme that corresponds with the three main obstacles facing the orcas: food, pollution and noise.

During the first week, we will show you why the whales’ favorite food, Chinook salmon, is also disappearing, along with some of the efforts to try to stop that.

The second week will focus on pollution -- how it affects both salmon and orcas.

Boat noise will be the focus of the third week.

On Wednesday nights, we will have live expert panels on Facebook discussing each theme. This will be your chance to ask questions and make comments directly to those on the front lines of recovery.

We hope you will join us for these three very special weeks. We hope this time of intense focus and feeling is the beginning of a brighter future for the Southern Residents and all of us who love this special corner of the United States.