As orcas return to Puget Sound for the fall, experts warn boaters to stay away

The endangered southern resident orcas are expected to return to Puget Sound in the fall to feed on salmon and the Orca Network is trying to get the word out. 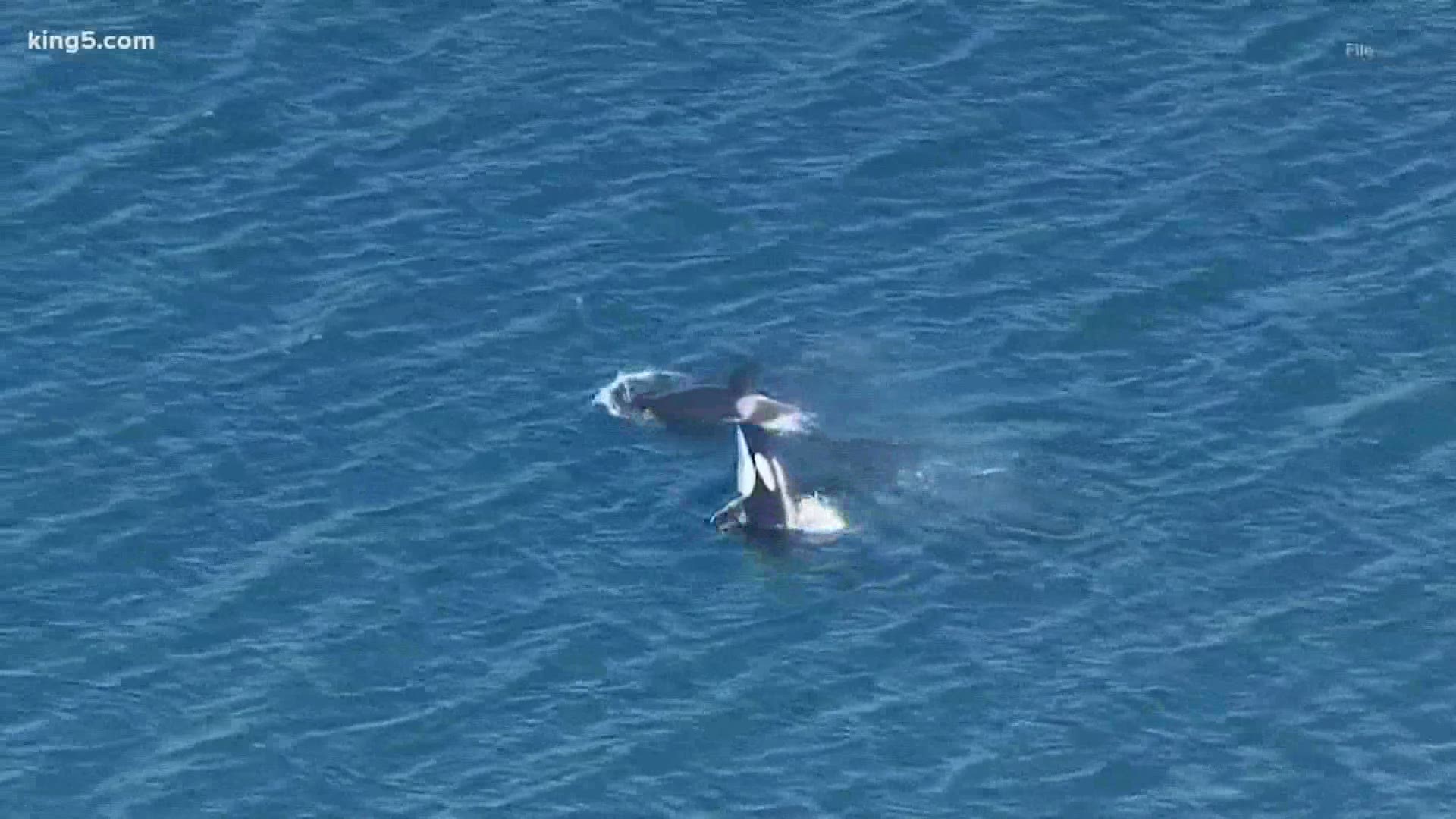 SEATTLE — The Orca Network is renewing a warning to boaters, ahead of the endangered southern resident killer whales’ fall return to the highly trafficked waters of Puget Sound.

“There’s a perfect storm of events here – beautiful weather, lots of people with free time and having boats that they can launch easily, and the southern residents are expected to come in sometime in September,” said Howard Garrett, co-founder of the Orca Network.

The group is hoping to further educate boaters with a seminar Wednesday evening, which is part of its “Share the Water” whale safe vessel project that launched over the summer. This talk, with Lynne Barre, who is branch chief for NOAA’s Seattle office, is the first in a series.

Upping the anxiety for the Chinook-eating orcas were reports over the summer of boaters in the South Sound getting way too close to transient whales. Pictures and videos on social media showed a small fleet of boats and jet skis crossing paths with the whales.

“There’s a lot of concern about the boats that are attracted to the whales, and once there are a few boats, it’s like a crowd effect, more people come in to see what’s going on, and it kind of multiplies,” Garrett said.

Federal and state regulations require boats to stay at least 300 yards from southern resident orcas, or 400 yards ahead and behind their direction of travel. Vessels must also stay below 7 knots within a half-mile, and if the whales come closer than 300 yards, operators must disengage engines.

The full "Be Whale Wise" guidelines are available online. After the Fox Island incident, officials reiterated the rules in a briefing.

Interest in the orcas is certainly high. Researchers from SR3 announced in July that females from all three resident pods (J, K and L) had ‘a number’ of pregnant females, identified by body changes photographed with a drone.

That number includes J-35 (Tahlequah) who gained worldwide attention in 2018 when her calf died soon after birth, and she carried its body with her for 17 days, what some described as a mourning ritual.

Experts said 70% of orca pregnancies fail and one of the main reasons is lack of food.

Garrett noted how acoustic interference from watercraft can make it difficult for the orcas to locate their preferred Chinook salmon, and the nutritional needs for a pregnant whale only grow.

“They need especially to be able to get that caloric intake, the amount of food for two, because they’re feeding a calf that’s going to be 400 pounds and 8 feet long,” Garrett said.

It's why he hopes people heed the reminder to give the orcas space – though many of their pregnancies are not successful, he still hopes not to see another heartbreaking spectacle for the southern resident pods or J-35.

“She deserves our best,” he said. “Our very best care, respect and courtesy. Just give her a wide space!”