Thursday marks the 49th anniversary of the orca Lolita’s capture, who remains in captivity at the Miami Seaquarium. 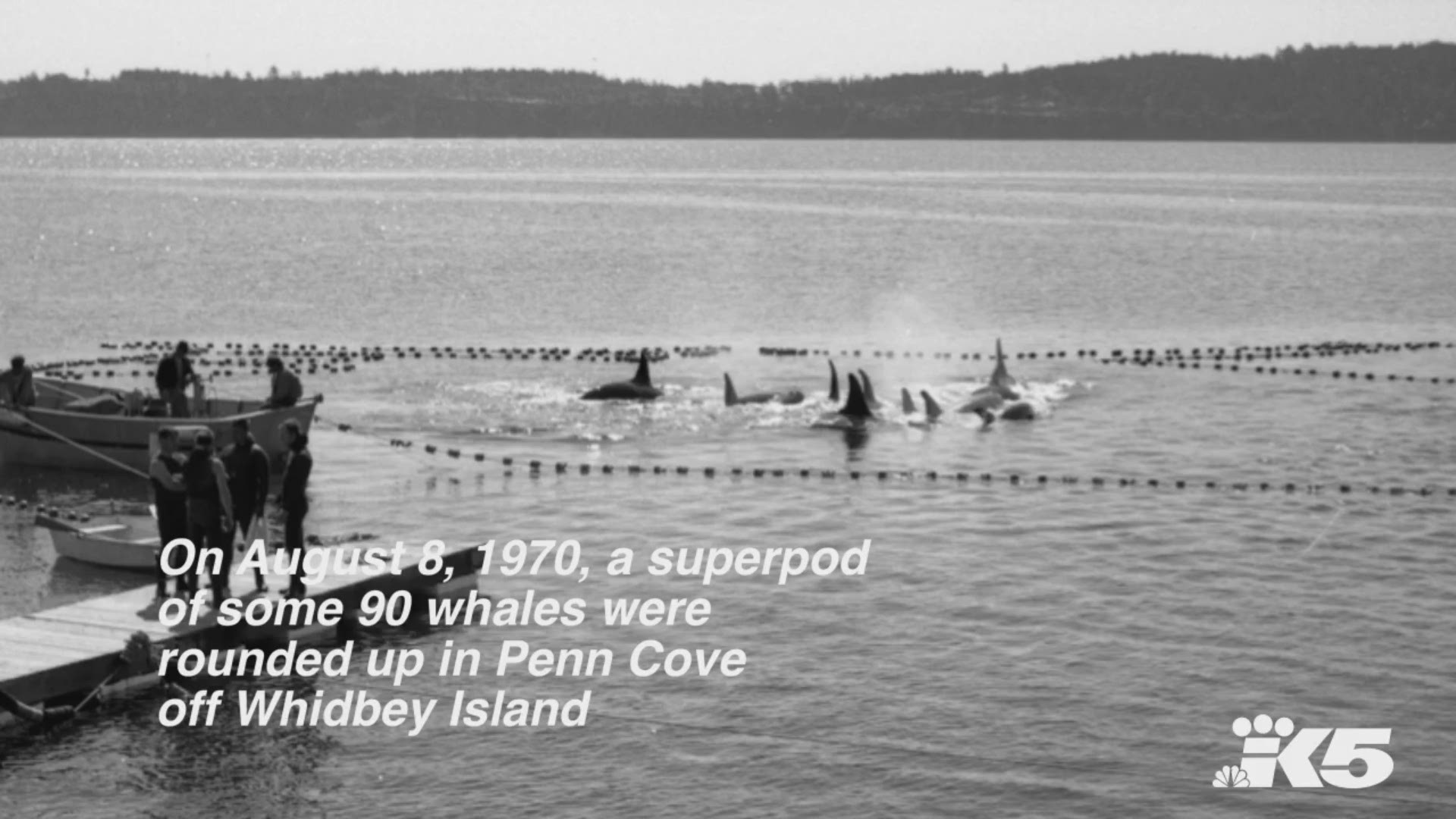 Nearly one year after an orca carried her dead calf for 17 days, Washington hit another milestone in the troubled history of the state’s Southern Residents.

Forty-nine years ago Thursday, orca Lolita was captured and sold to the Miami Seaquarium, where she is still on display. Lolita is the only orca who was captured during the 1960's and 1970's that is still alive.

During the August 8, 1970 hunt, a superpod of some 90 orcas was rounded up in Penn Cove off Whidbey Island to be captured and sent to marine parks, according to the Washington State Archives.

Six orcas were captured, and five were killed in the process of the capture, according to the state archives. Four of the orcas that died were calves, and their bellies were slit and filled with rocks, according to the Orca Network.

That capture was one of a dozen that took place in Puget Sound between 1965 and 1976.

Washington Governor Dan Evans and the State Game Department received several letters protesting the captures, including one from that criticized the crowded nature of the corrals, calling it an “inhumane hunt.”

However, it would take another six years before Sea World settled in court, agreeing to never again capture orcas in Washington state, according to the Orca Network.

Last year protesters rallied to bring Lolita home to Washington, but in October a federal appeals court rejected a petition to reopen a lawsuit over the treatment of Lolita.