The Southern Resident Killer Whale Task Force is expected to review progress on recommendations to save the orcas and discuss next steps during a meeting Monday. 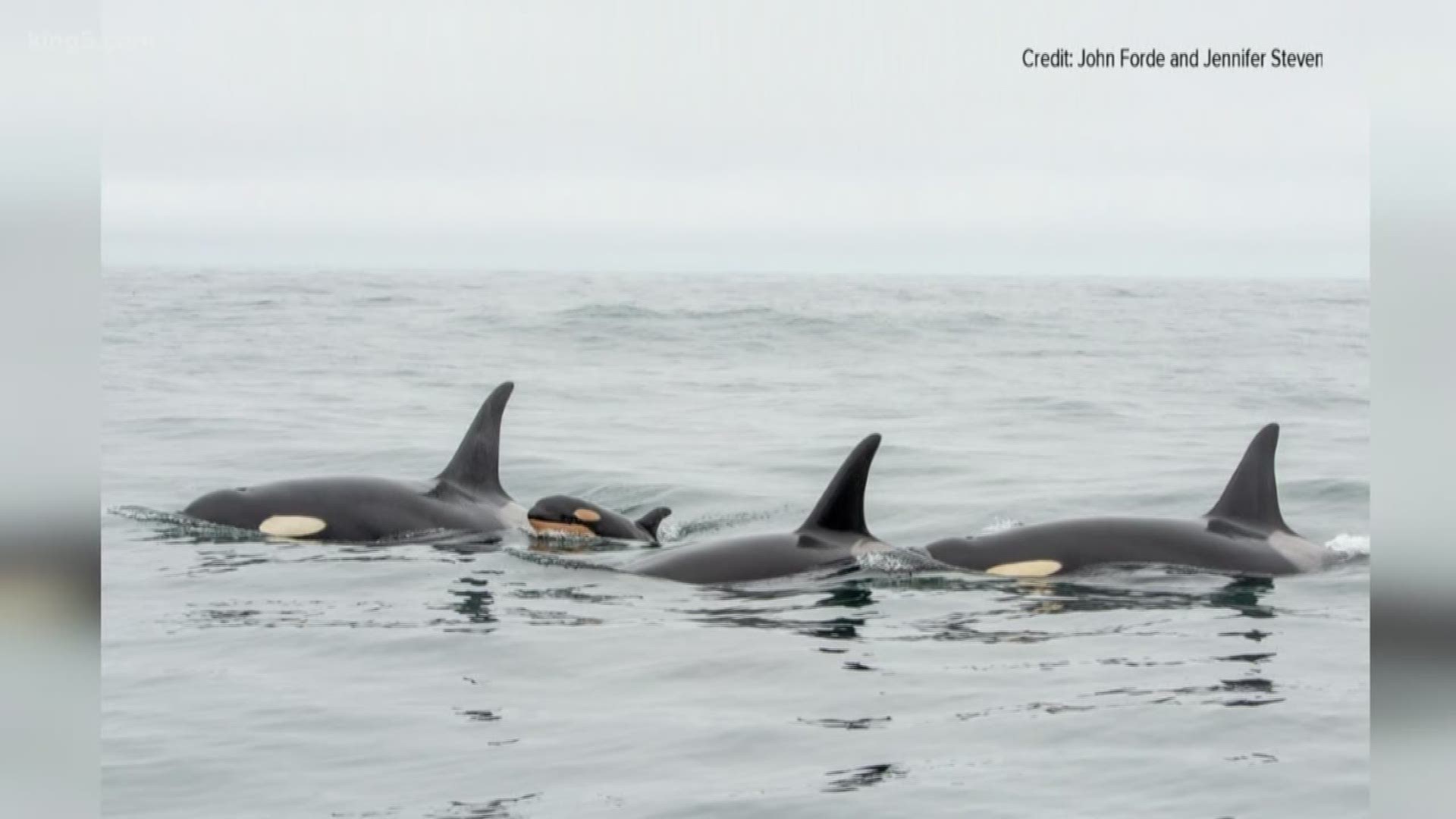 About seven months after the state’s Southern Resident Killer Whale task force issued dozens of recommendations to save the struggling orcas, about one-third of the recommendations are moving forward as proposed.

The task force is expected to meet Monday to review its progress and discuss future options.

Governor Jay Inslee formed the group last March in response to Washington’s shrinking orca population, which briefly dropped to an over 30-year low last summer. Boat noise, pollution, and dwindling numbers of Chinook salmon, the orcas’ preferred prey, are all blamed for contributing to their decline.

Of the task force’s 35 recommendations it issued in November, the group says the state is moving completely forward on about 11 of them, has made partial progress on about 23, and nothing has happened on five.

Some of the biggest legislative wins include investments for salmon habitat restoration, increasing spill over the lower Columbia and lower Snake River dams, upping bag limits for non-native fish that prey on Chinook, establishing a “go slow” zone for boats near orcas, and creating a whale watching permit system

The state Legislature allocated $435 million for habitat restoration in this year’s capital budget, although many work group members argued the funding is still lower than it should be.

According to the task force, recommendations that haven’t made any progress include reducing Chinook bycatch in west coast fisheries, funding a study to see if harbor seal and sea lion predation are a limiting factor for Chinook, creating an orca protection endorsement for recreational boaters, banning Southern Resident orca viewing, and possibly changing boat permit applications.

During its board meeting, the task force is also expected to discuss whether their recommendations adequately address population growth in Washington state. Between 2010 and 2018, Washington state’s population grew 12.1 percent, adding over 800,000 residents, according to the U.S. Census Bureau.