An organic dairy farm in Enumclaw is helping save one south Puget Sound's last wild runs of spring Chinook salmon. 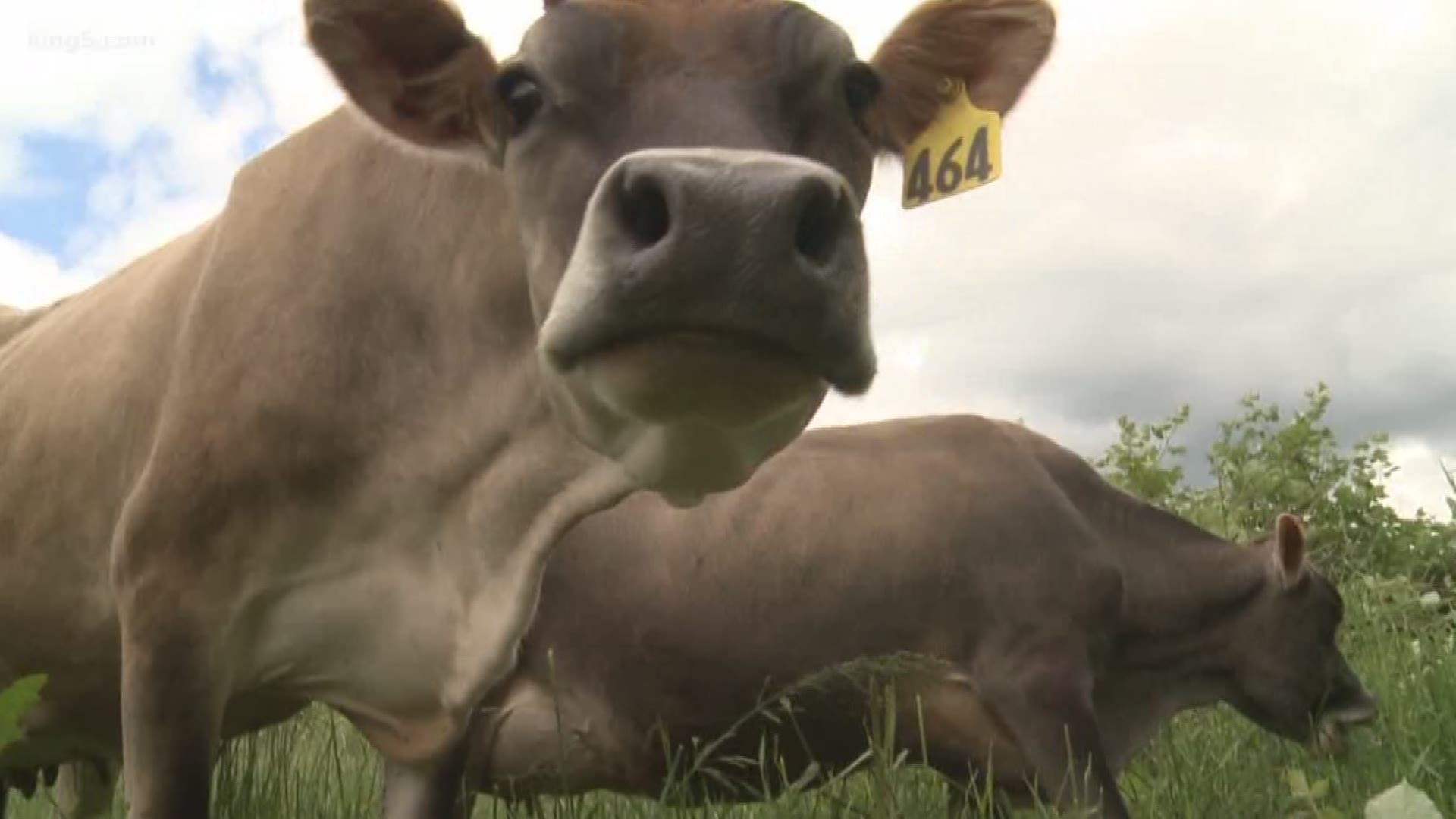 John VanWieringen's grandfather bought the farm in 1936. Decades ago, his father described the nearby creeks as so full of salmon that you could walk across the creek and never touch the ground.

"I'd like to bring it back to that," VanWieringen said. "The idea was doing this project to make it so that my grandkids, my grandkids' kids can see that very thing."

VanWieringen also has curious Jersey cows, known as some of the best dairy cows but they're also known for their personalities.

"Jerseys are very curious. If there is a gate open, it won't be just one, they'll all go," said VanWieringen.

VanWieringen's organic dairy, with all the curious cows, is now the site of one of King County's latest salmon habitat restoration projects. Crews excavated a side channel of Boise Creek, one of the most important habitats for wild spring Chinook.

"Boise Creek is the only stream in King County that provides habitat for spring run Chinook, which is one of the most rare runs of salmon in Puget Sound. We are very keen on restoring and enhancing the habitat in the stream in particular so we don't lose that fish run to extinction," explained King County Green and White River Basin Steward, Josh Kahan.

Boise Creek was channeled for agriculture decades ago and the water often moved too fast to allow young fish the time to grow properly.

"And if there were high flows, they could get flushed out into the white river way before they were old enough to survive their migration out to Puget Sound. So having them stay in this stream system for as long as possible is really helpful to them in terms of maximizing their potential to survive," Kahan said.

It's why projects like the one running through VanWieringen's dairy are focusing on partnerships with farms and private landowners to restore hundreds of miles of river habitat.