Much of the debate around boat noise and Southern Resident killer whale recovery has centered on whale watching boats and whether they should be banned from following the orcas. 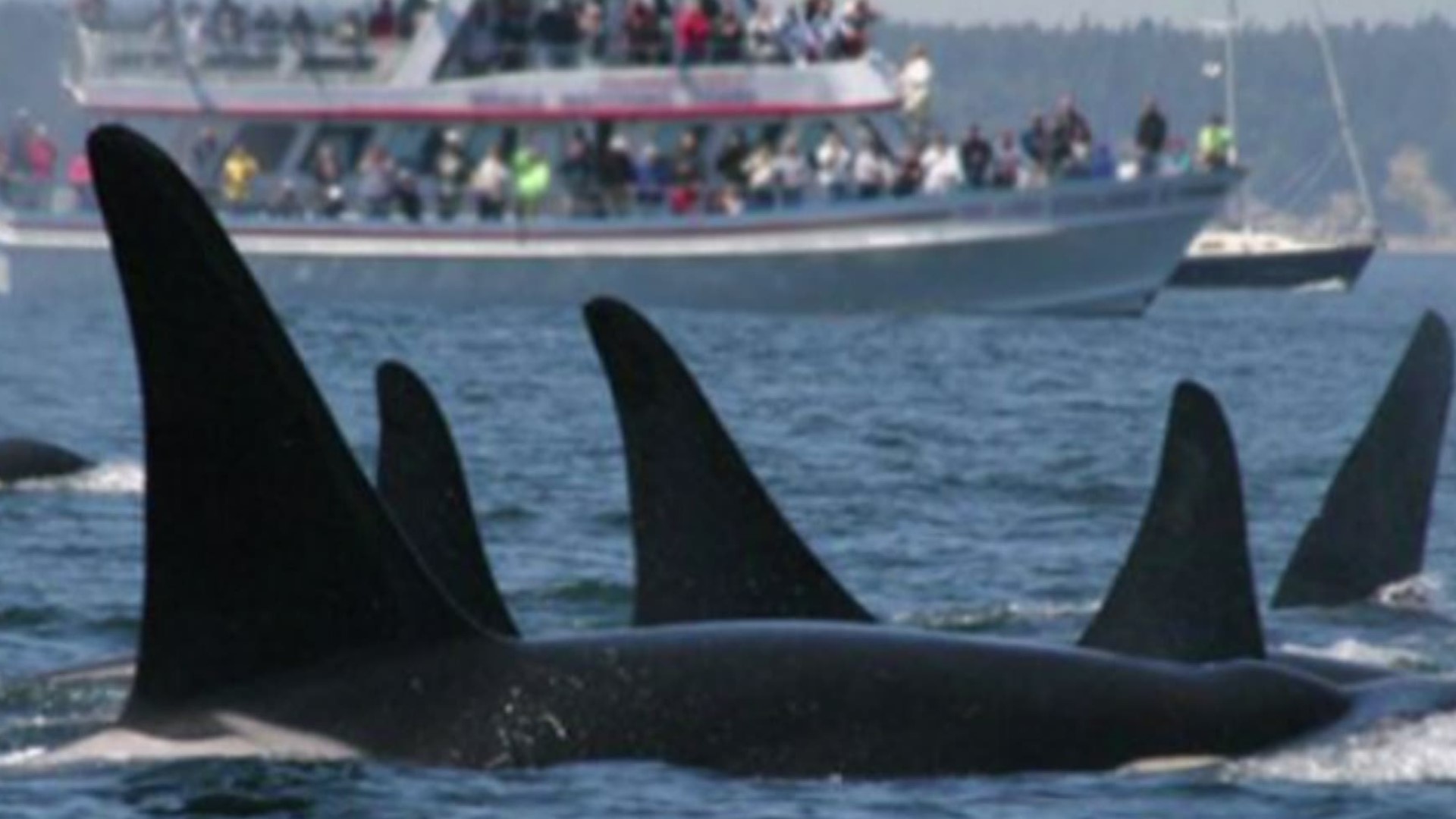 Everyone on all sides of Southern Resident killer whale recovery will call noise a problem for the orcas. The whale watching industry often finds itself in the middle of the debate over how to solve the problem.

"Killer whales use echolocation to find their prey, which means they put out a click and hear the echo come back off the fish. As you can imagine, that echo coming back is very faint. So, if there is too much noise, they can't hear the echo," said University of Washington Acoustics Scientist David Bain.

Bain was once considered an adversary of whale watching boats. He studied the Southern Resident killer whales and his research prompted changes in the industry. The boats stay farther away and go slower so the whales can find their food.

Bain said scientists have found that when it's really loud the whales just give up looking for fish. But whale watch boats aren't his biggest concern anymore.

"The one I worry about most are small boats that are going fast that may not even be aware the whales are there," Bain said.

It's why he spoke out against a proposed ban on Southern Resident orca whale watching. The ban was recommended by Governor Inslee's orca task force but was not passed by legislators.

Those who want a ban on whale watching of the endangered orcas say there are too many boats on the water for too many hours. Those who support the vessels say the whale watching industry plays an important part in educating the public while protecting the whales from other boaters.

"I was one that felt that having whale watch boats help manage other vessel traffic is the best way to create quiet," Bain said.

Instead of warning smaller boats, however, there are critics who argue the whale watch boats attract more attention to the orcas by drawing in other vessels with people hoping to catch sight of whales.

"The most effective thing we can do in the short term is reduce noise so that they have more capacity to catch the salmon that's out there," said The Whale Trail Founder Donna Sandstrom.

Sandstrom created The Whale Trail to be a land-based viewing option for whale watching. She was part of the movement to ban whale watch boats from following the Southern Resident killer whales.

Legislators did pass a permit system so there will be limited entry and a cap on the number of operating whale watch vessels on the water with the Southern Residents. Sandstrom calls that a victory.

"It's a short-term loss for a long-term gain and I don't understand why they aren't more interested in doing everything they can to protect this population instead of just exploiting them," Sandstrom said.

With all the different kinds of boat noise in the Salish Sea, the whale watching industry often says its unfairly singled out.

"I would argue our presence is mitigated by the education that we do. We are in essence the front line with the public and orca whales. We are creating almost a relationship. People get to go out and experience orcas and learn about the whales and the wildlife in ways they can help the whales," said Christopher Henke.

Henke's family owns Puget Sound Express. Their newest whale watch boat, Saratoga, has special technology that makes it one of the fastest, but also quietest, in the Pacific Whale Watch Association.

Like many others, Henke points to the lack of salmon as the most pressing issue.

"The orca whales are part of the salmon story and the biggest hope for everybody is that we can restore salmon habitat and maintain our native salmon species," Henke said.

Join us on May 8 from 7:30 – 8:30 p.m. for live expert panels discussing themes central to the livelihood of Southern Residents. Visit king5.com, our Facebook page or YouTube page to ask questions and make comments directly to those on the front lines of recovery. Click here to learn more about our “Saving the Orcas” series.