Federal guidelines say boats need to be at least 300 yards minimum away from Southern Resident orcas and 200 yards for transients with other restrictions. 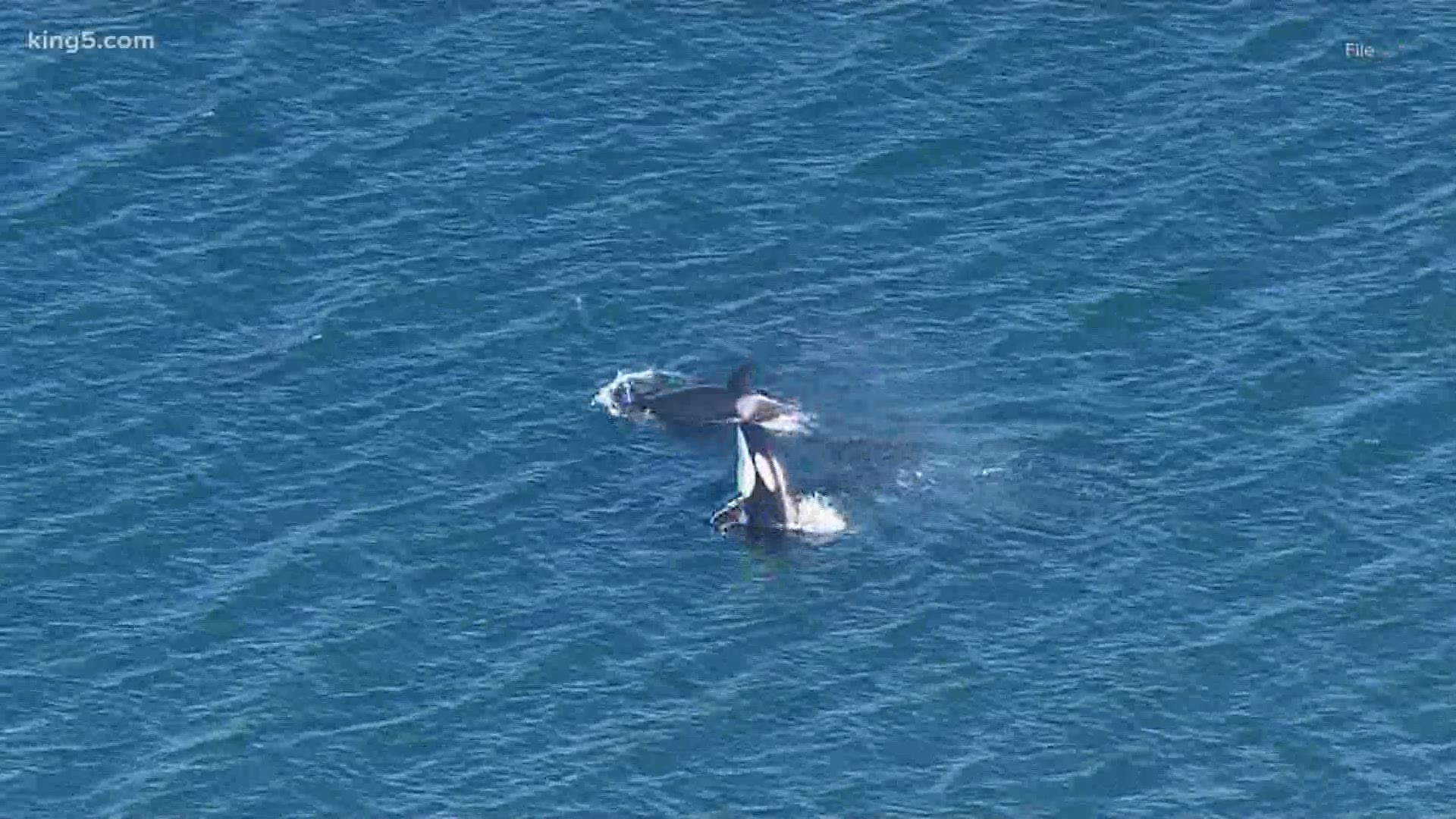 TACOMA, Wash — Video shot of nearly 30 boaters harassing a pod of orcas that were swimming through the Tacoma Narrows past Fox Island on Tuesday garnered swift backlash online from residents and animal lovers.

Amy Bliss-Miller went down to the Tacoma Narrows Bridge Tuesday night after hearing orcas were passing through.

"I didn't really have to look for the whales, because I could tell where they were based on all the boats," she said.

Bliss-Miller was one of several people to record a video showing boats approaching the transient orcas – the T46 pod. Other witnesses describe the fleet growing to about 30 boats and jet skis as the whales approached Fox Island.

RELATED: Orcas make a splash off Whidbey Island on Fourth of July

"These people obviously didn't really care about the orcas. They just wanted to be close and were pretty much doing everything wrong. It made me sad and made me wonder how people think that this is ok. I think that people are either ignorant of the laws our they just don't care. They want to get a cool video to show on Facebook or put on Instagram," she said.

NOAA Fisheries said it can't comment on any possible investigation, but did remind locals to check out the "Be Whale Wise" guidance for boats.

Federal guidelines say boats need to be at least 300 yards minimum away from Southern Resident orcas and 200 yards for transients with other restrictions.

Past violations have resulted in a $300 settlement, NOAA said.

Orcas are native to the Puget Sound and are an endangered species. As of the end of 2019, were just over 70 southern resident killer whales that still remain, according to the Center for Whale Research.

"We have to stop this behavior if we want there to be a change," she said.