Governor Inslee's Orca Task Force is advising a temporary suspension of whale-watching boat tours as part of their final proposal to save the endangered whales. 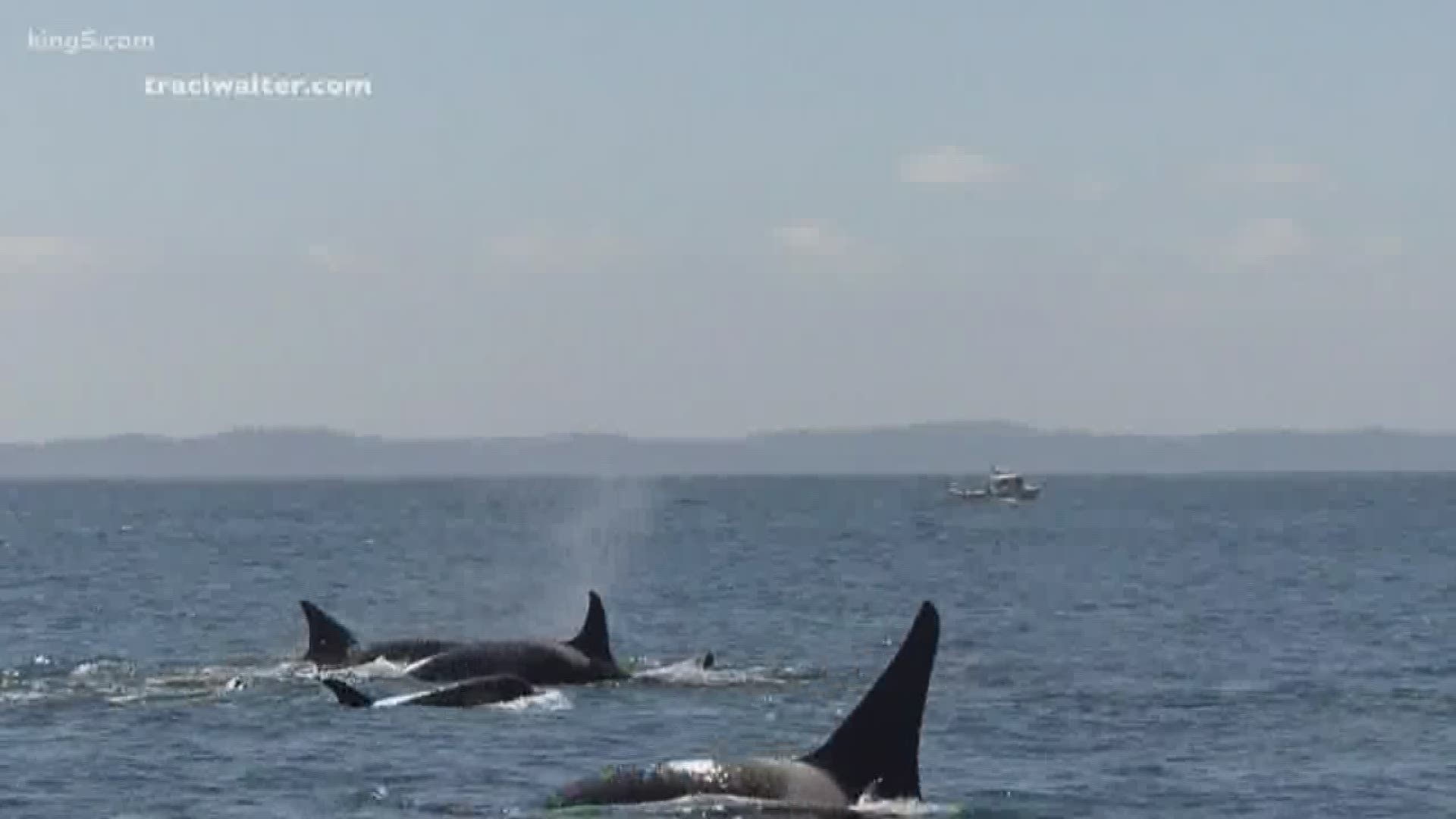 A Washington state task force on critically endangered Northwest orcas has offered its full slate of recommendations to Governor Jay Inslee ahead of the next legislative session.

The group wants to suspend whale-watching boat tours focused on the orcas for between three and five years. It made three dozen recommendations to save a species whose population is at its lowest in more than 30 years.

The moratorium would apply to all boat traffic intended to view southern resident killer whales in Puget Sound but doesn't affect boat trips for viewing other whales in the region, such as gray or transient whales.

Disturbances and noise from boats can interfere with the whale's ability to find food or communicate, and supporters said it would protect the whales.

Critics said it doesn't address the larger issue of dwindling food supply and it would be devastating for the industry.

The orcas' plight has captured global attention as starvation reduces their numbers. Just 74 animals are believed to be remaining in the area.

The endangered orcas struggle from pollution, boat noise and lack of chinook salmon, which have been declining because of dams, habitat loss and overfishing.

The task force ordered further study of the prospect of tearing down dams to help fish migrate and restore the salmon population.

Some argue the best way to get more salmon to the starving whales is to tear down four dams on the lower Snake River, a tributary of the Columbia River. Critics say doing so would hurt the livelihood of many who depend on those dams for navigation, recreation and hydropower.

Inslee said he will review the proposals before finalizing his state budget and policy priorities next month. The state Legislature convenes in January.

"Today my office received the full list of recommendations made by the Southern Resident Killer Whale Recovery Task Force. I thank all members of the Task Force for their comprehensive and diligent work over the past several months.

The resulting process brought together diverse voices from a variety of perspectives, yet all had the same goal – to protect and recover these iconic and endangered creatures. These recommendations include the weight of extensive public engagement and feedback. We heard from thousands of people from all over the state, region and the world who are very passionate about saving these animals.

I will review these recommendations over the coming weeks, and my staff and I will assess each one for the most impact in the short and long-term. I will roll out my budget and policy priorities in mid-December for consideration during the 2019 Legislative Session.

I thank co-chairs Stephanie Solien and Les Purce, and each and every member of the Task Force for their efforts. Their work will have an impact on generations of Southern Resident Killer Whales and on all Washingtonians."

The task force has been criticized by some groups for not being "bold" enough. There has been mounting public pressure to breach the Snake River dams and concern that the proposed ban on whale watching of the Southern Residents won't do enough.

"The public is very excited to see bans and breaches because it's very tangible and shows we are making a lot of progress but the reality is, there is a lot more progress to be made underneath the water that is not easy to see, and that has to do with repairing our ecosystem that we have done so well damaging over the decades," said Long Live the Kings Project Coordinator Lucas Hall. "That has to do with forage fish, zooplankton, predators, all those things we need to look at holistically and understand where we stand and then implore creative solutions to correct those problems."

Hall says there is a lot of work to do in the coming years, and no one is sure whether the legislature will fund all of the recommendations.

"But if we are not testing at solutions and learning more, we are destined to failure because what we are doing right now, and with the information we have right now, it is proving to be not enough. We need to make it enough by trying new things," Hall said. 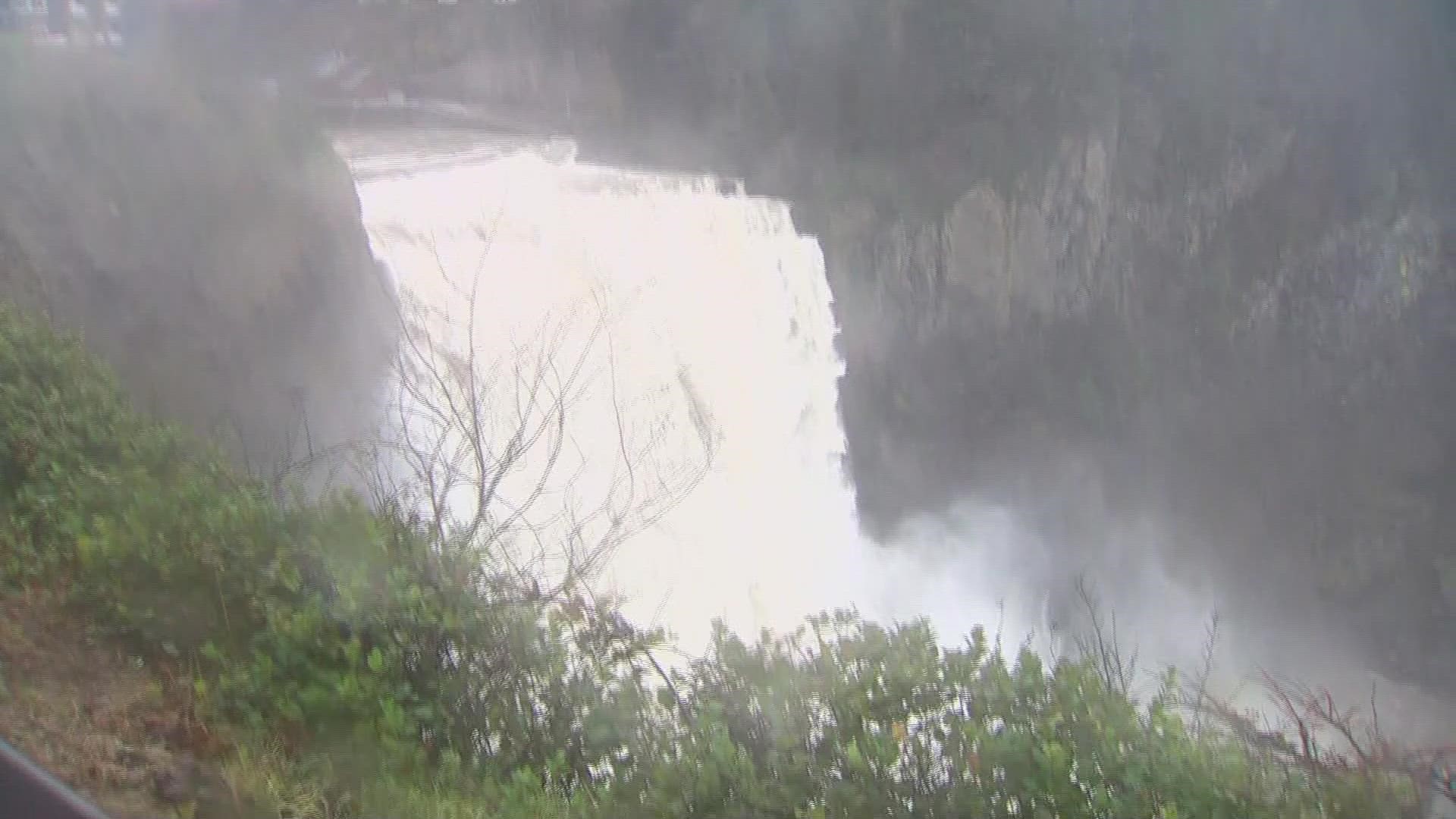