725 mountain goats will fly to new home in North Cascades

Hundreds of mountain goats will be moved from Olympics National Park to the North Cascades, where the goats historically roamed. 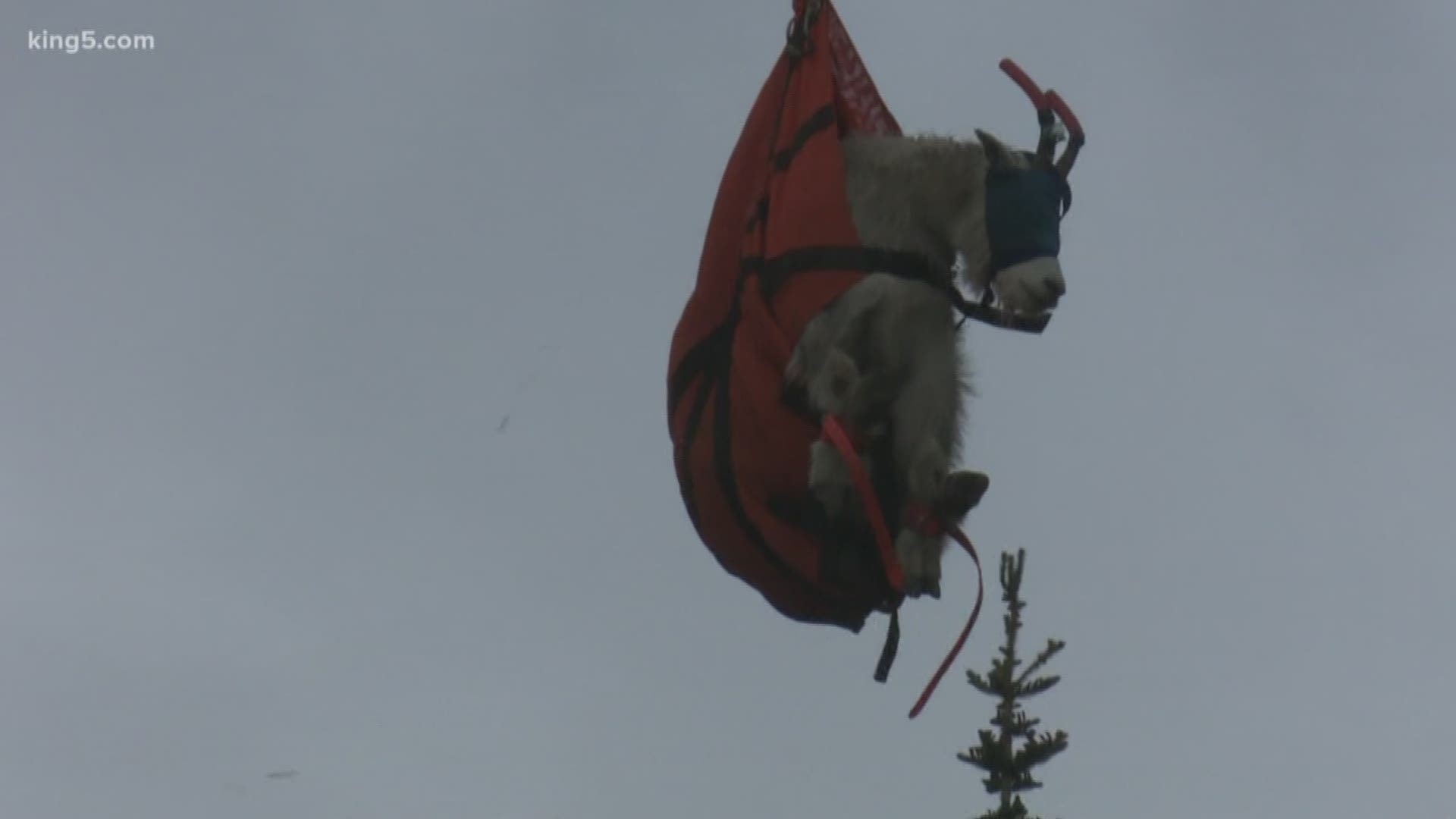 Wildlife officials began relocating mountain goats Monday from Olympic National Park to the North Cascades in an effort to remove non-native goats from the Olympic Peninsula and bolster goat populations in their native habitats.

Over the course of three operations, about 725 mountain goats in the national park will be captured by a helicopter crew using tranquilizer darts and net guns. The goats will be moved in special slings to a staging area near Hurricane Ridge before they are taken to another staging area in the North Cascades.

The goats will be airlifted in crates to alpine habitats at five sites: mountain peaks south of Darrington, near Mount Index, Tower Peak near Methow, and the headwaters of the Cedar River Drainage. 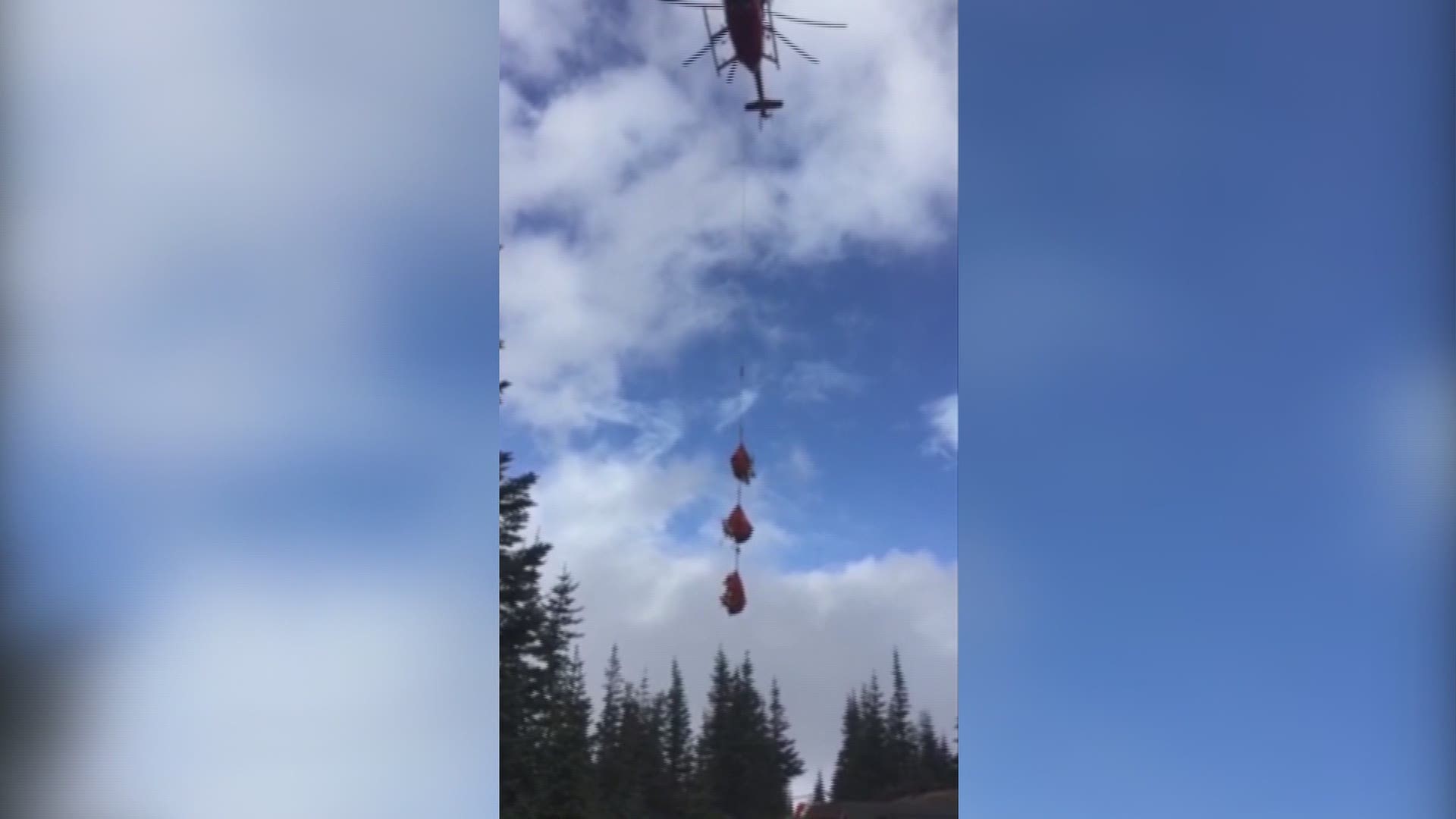 Olympic National Park Superintendent Sarah Creachbaum said the relocation efforts, which are part of the National Park Service’s mountain goat management plan that was released in May, will help relieve issues related to the goats in the Olympics. In 2010, a hiker was fatally attacked by a goat in the park.

“Mountain goats cause significant impacts to the park ecosystem as well as public safety concerns,” Creachbaum said in a statement.

The mountain goats that are not caught and relocated may be hunted instead.

RELATED: Here's what should you do if you encounter a wild animal 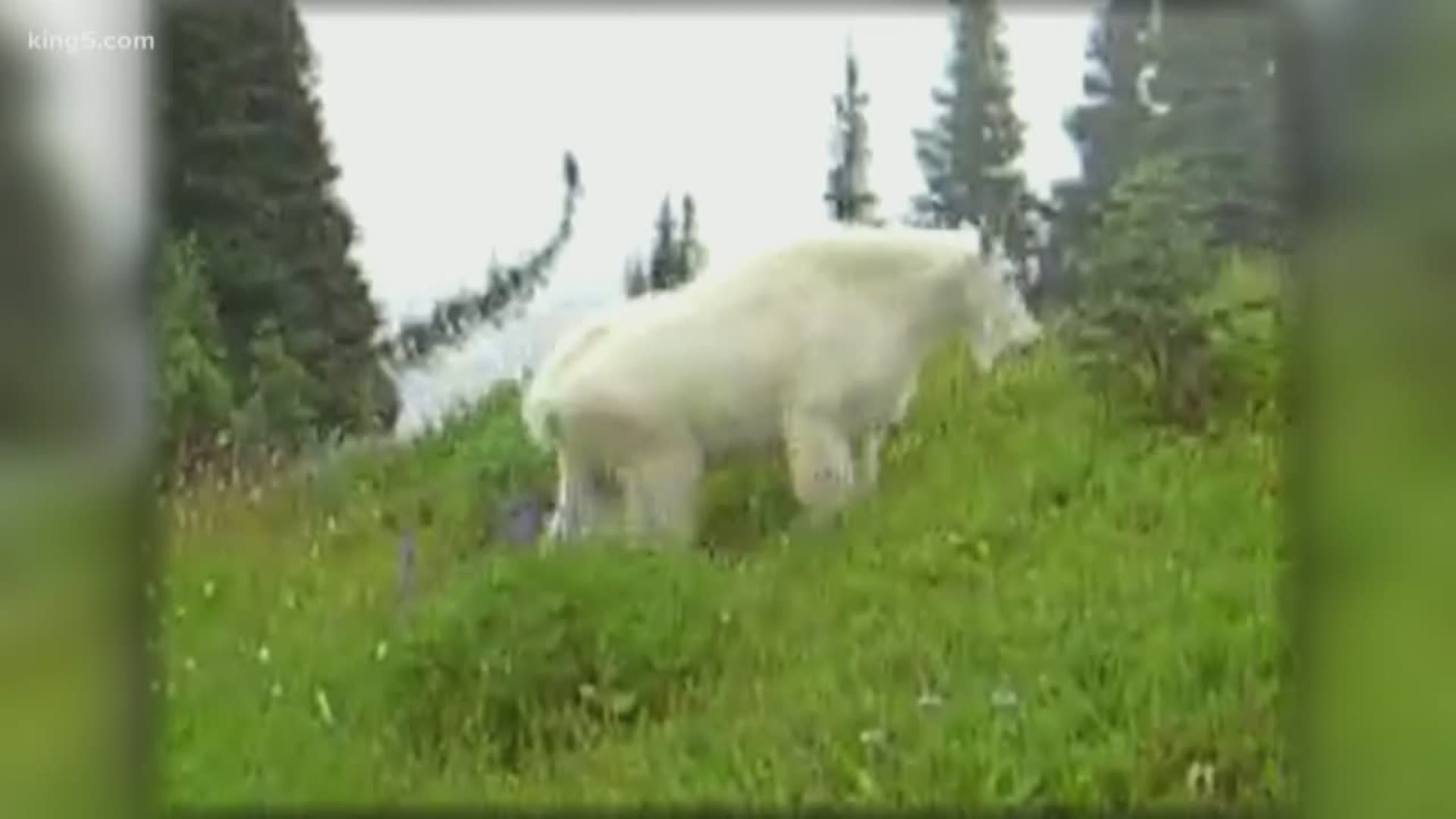