The Saildrone fleet will help NOAA address the gaps in their surveys of Pacific fisheries. 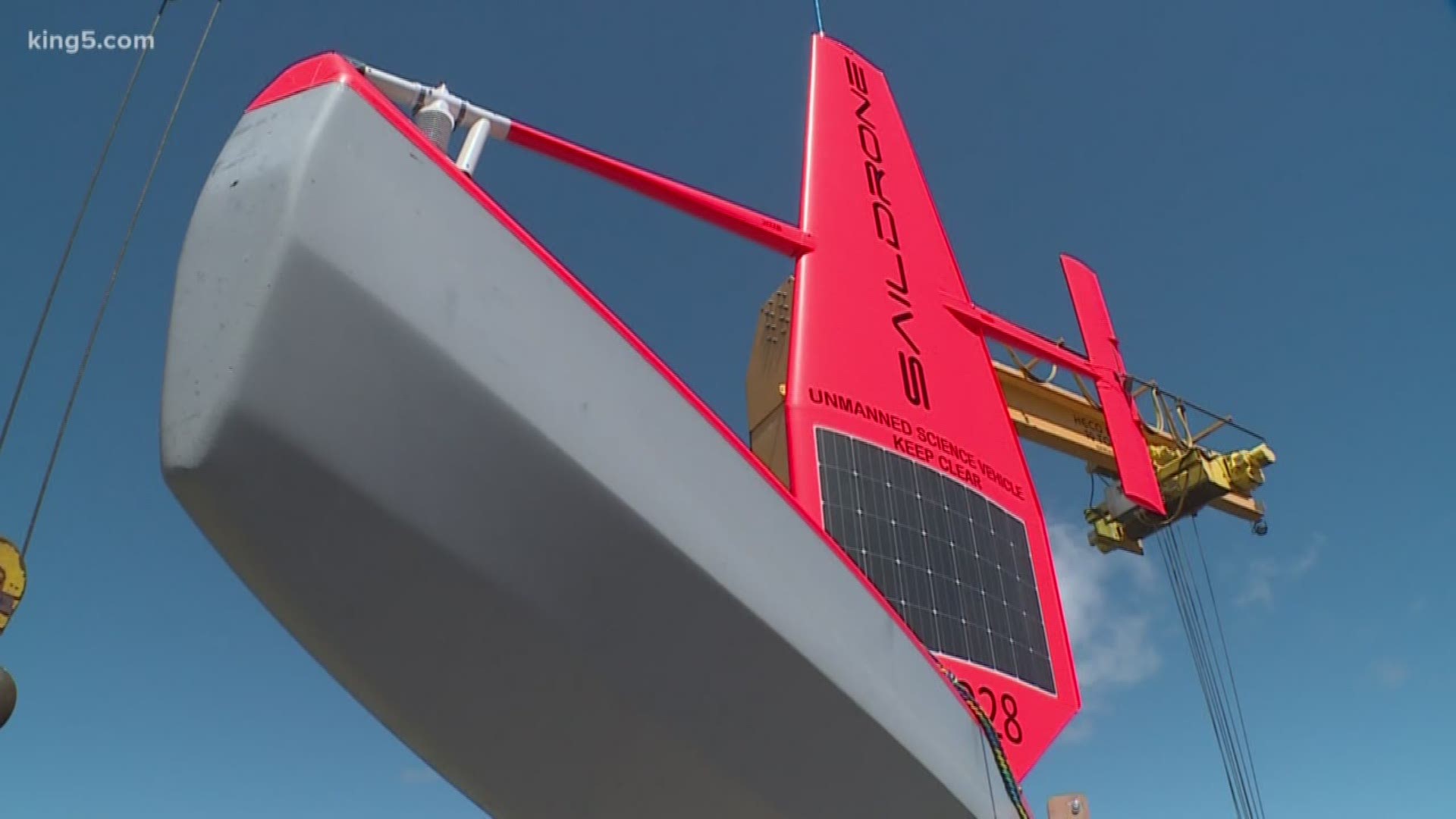 Two unmanned sailboats set out from Neah Bay on Tuesday, beginning a 100-day trek that will take them to Vancouver Island and all the way down to Mexico. Fisheries scientists with the National Atmospheric and Oceanic Administration (NOAA) hope that these Saildrones will help them better assess key Pacific fisheries such as hake, anchovies, and sardines.

Population surveys are critical to managing fisheries, with results that help NOAA set quotas of different fish species. NOAA conducts ship-based surveys every year, but they are often limited by the availability of research vessels. The Saildrone fleet will help address the gaps in their surveys.

Coastal pelagic species, a group that includes anchovies and sardines, require close management because their populations have large natural swings in number from one year to the next. Hake is one of the most important Pacific fisheries, with almost 350 million pounds taken in 2012.

Even from scientists, the Saildrone can elicit skeptical reactions.

“My initial impression was: How is this ever going to work?” said Chris Meinig, the director of engineering NOAA’s Pacific Marine Environmental Laboratory (PMEL). But first impressions can be deceiving.

Saildrone Inc., a California-based company, based its technology on the vehicle that founder Richard Jenkins designed to break the wind-powered land speed record. A Saildrone is the size of a small recreational sailboat, but it is fitted with state-of-the-art sensors that measure the ocean and the atmosphere. The sensors are powered by solar panels, but the vehicle itself is entirely wind-powered.

NOAA partners with Saildrone to develop valuable research applications for the vehicles. PMEL has a 5-year contract with Saildrone for up to $1.5 million.

Each Saildrone is also equipped with an echosounder. It’s the same instrument that boats use to detect the ocean bottom—only here, it’s detecting fish. The device sends out a sound wave into the water at a known frequency. From the wave that comes back, the scientists can tell when they pass over a school of fish. The location of the signal helps scientists identify what fish they’re observing. Ship-based trawls can then confirm what species are present.

This year’s survey is a proof-of-concept mission, with the Saildrones accompanying a NOAA research vessel. The vehicles are programmed to follow the same tracks as the ship and make the same measurements. Scientists will compare the two datasets to evaluate the accuracy of the Saildrones.

NOAA and Saildrone are confident the vehicles are up to the task. The Saildrones have been tested extensively in the Arctic Ocean, surviving winds up to 65 knots and frigid temperatures. Beyond fish surveys, scientists hope that Saildrones will extend the scope of scientific research into inhospitable areas like the polar regions.

“A whole new field can open up. Do you really want to put researchers in harm’s way?” asked Meinig. “Or is that a job for a robot?”