We're used to checking the weather forecast, but now we can also check the forecast underwater in Puget Sound and around the coast. 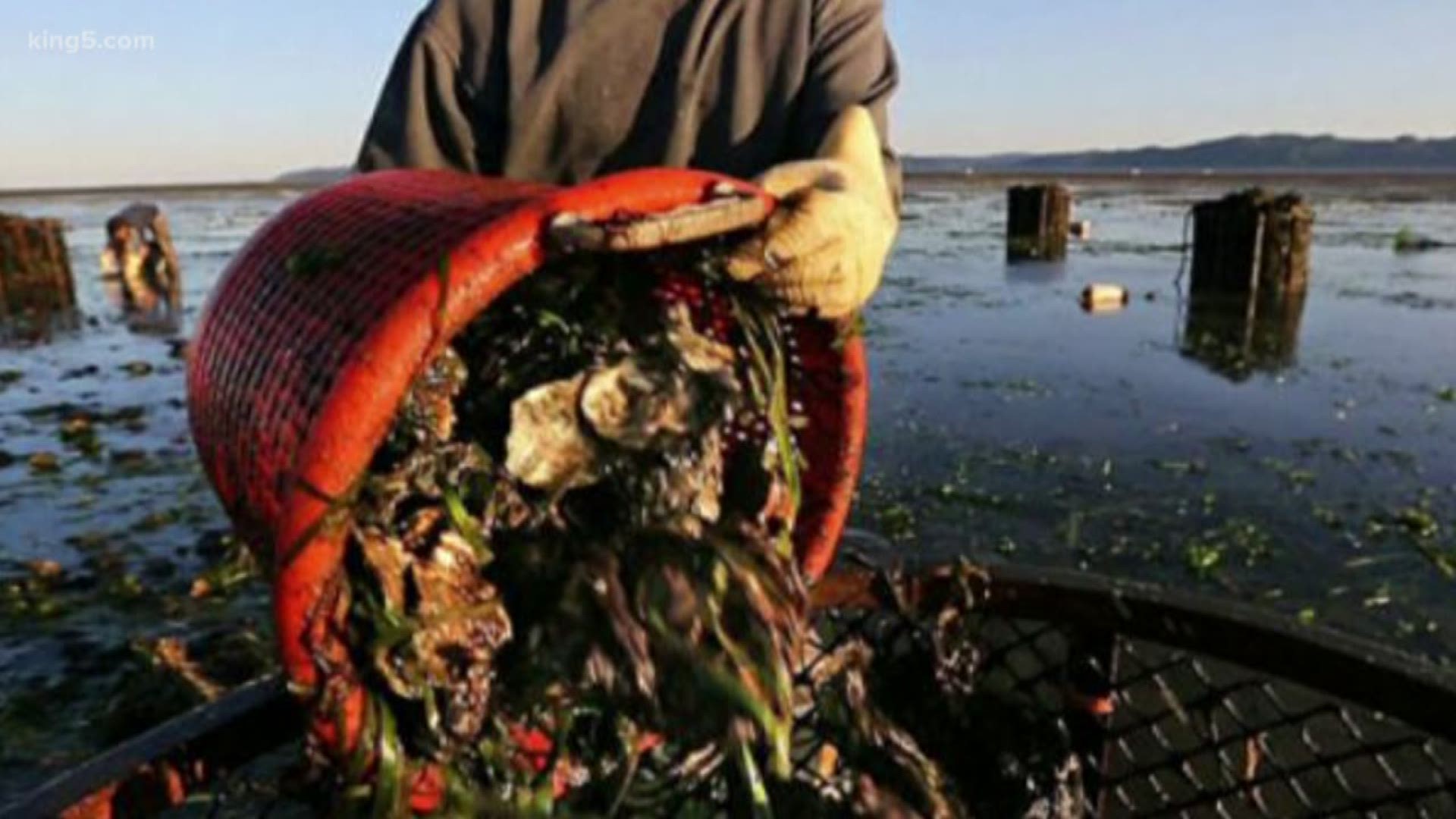 "So, this one is Puget Sound oil spills," Parker MacCready explained, pointing to a model of the Sound on his computer screen. "If you look carefully, you can see these little black dots moving around. They start here near Tacoma and up here near Seattle. They flow with the current, that is they follow the motion of where the water is going."

MacCready is the lead developer of LiveOcean, a new computer model that uses information from tides, rivers, and wind to simulate how water bodies like Puget Sound, the Columbia River, and the ocean will be affected.

"It's just like what weather models do that show up on your phone. They're based on a computer model very similar to this one," said MacCready.

One of the main uses for the program will be for oyster growers who are increasingly challenged by ocean acidification. Dissolved carbon in the water makes it tougher for young oysters to grow a shell.

"Unlike existing marine forecasts that tell boaters the wind and waves out on the water, this model drops below the water's surface to predict water temperature, salinity, oxygen, nitrogen, pH, chlorophyll — a sign of biological productivity — and aragonite saturation, the most important factor in shell formation, from the surface down to the seafloor," a UW press release read.

"If growers buy seed from a hatchery, when's a good time to put those out in the water? Is there predicted to be a very corrosive ocean acidification event? If so, they should hold off until the water becomes less acidified,” said MacCready.

LiveOcean can also forecast how invasive species like green crabs are expected to migrate with currents, or where harmful algal blooms might worsen.

"Most people when you look at Puget Sound, did you see the blue surface. Or out at the coast, you see the beautiful waves on the shore. But there is so much in terms of interesting dynamics that are going on. This model allows people to explore that," said UW Oceanographer Jan Newton.

Newton studies changing ocean conditions for a living but wants people outside of academics to see what she does.

The project, funded by state and federal groups like NOAA, took 15 years to complete, but MacCready says it's worth it.

"That's why we care to preserve those resources and so our ability to do that better is going to help us conserve our ecosystem," he said.