A sick seal was taken to PAWS by state wildlife officials after people spotted her near the Kingston Marina. She was treated and released back into the wild earlier this week. 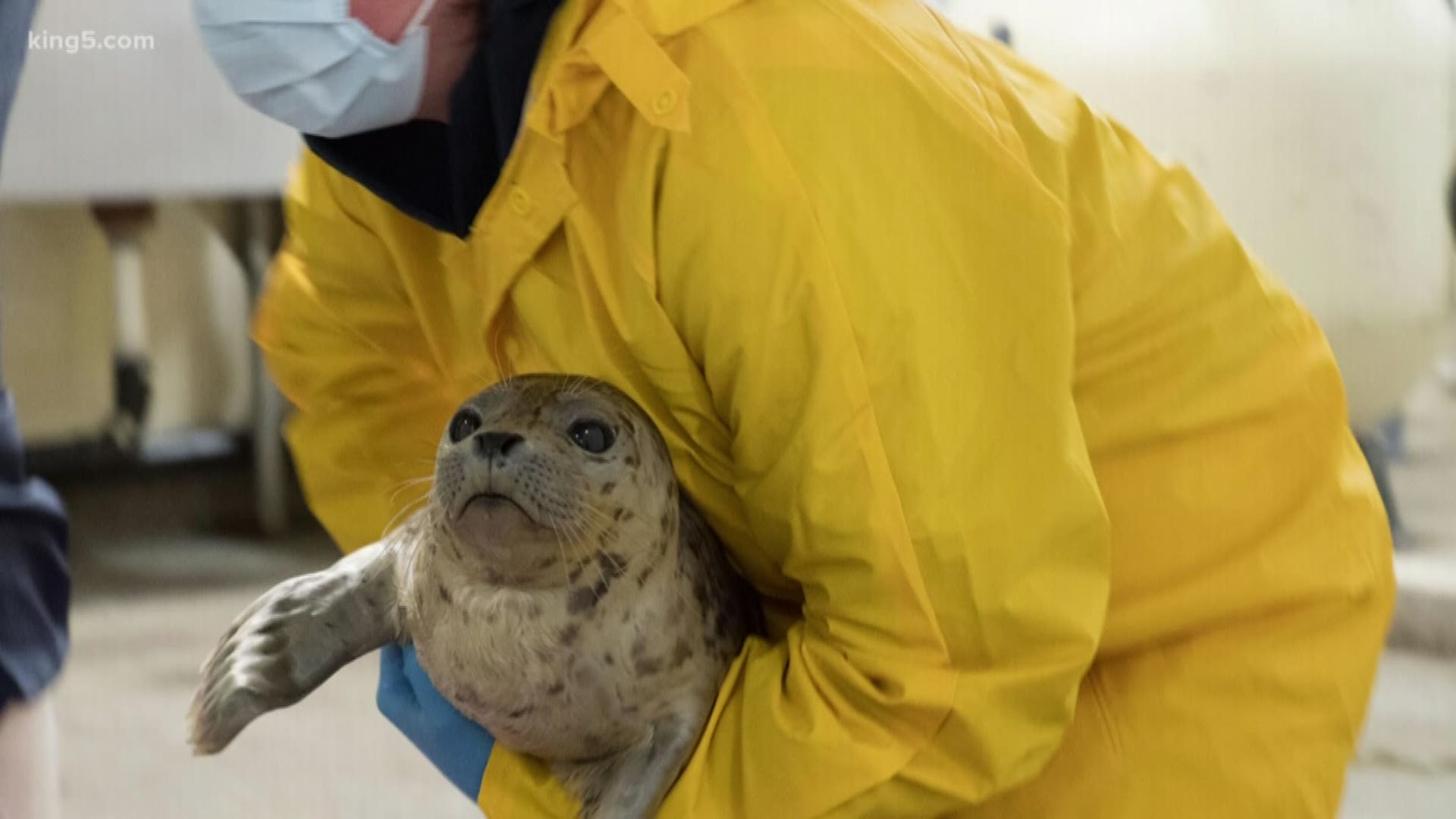 EVERETT, Wash. — After nearly dying, a young harbor seal is healthy and back to swimming in Puget Sound. Earlier this week, crews with PAWS and the Coast Guard Auxiliary transported the female seal to a spot near Everett for release.

She was taken to PAWS by state wildlife officials after people spotted her near the Kingston Marina.

"This young female harbor seal was admitted to our center last September in a very debilitated state, extremely thin, severely dehydrated, with multiple wounds, and evidence of pneumonia. A physical exam, chest x-rays, and bloodwork were used to further evaluate her health and lay out an intensive treatment plan. Due to the severity of her pneumonia, a special procedure was performed under anesthesia called a bronchoalveolar lavage (or BAL) to collect samples of fluid from her lungs that could be used to more specifically target her treatment," said PAWS Veterinarian Bethany Groves.

A sick seal was taken to PAWS by state wildlife officials after people spotted her near the Kingston Marina. (Photo: PAWS)

"Seals can be challenging patients because of their unique anatomy and physiology as marine mammals, their need for being housed in a pool while undergoing medical treatment, and the severity of illness and debilitation they often present with. Working with this species demands a lot of time, resources, and cost; however, witnessing the release of a seal back into the wild and recognizing what these opportunities provide as a glimpse of what's going on with our local marine mammal populations is invaluable."

The release comes at the same time as 10 sea lions have washed ashore dead from gunshot wounds. Pressure is mounting against pinnipeds like seals and sea lions, because they compete for fish with the Southern Resident killer whales and fishermen.

For this seal, humans did the opposite.

"To some degree, mitigate the impact we as humans are having on our wild populations and wild neighbors," said PAWS Naturalist Jeff Brown.