Five sites have already been approved inside the national park, and the USGS is proposing an additional 12. 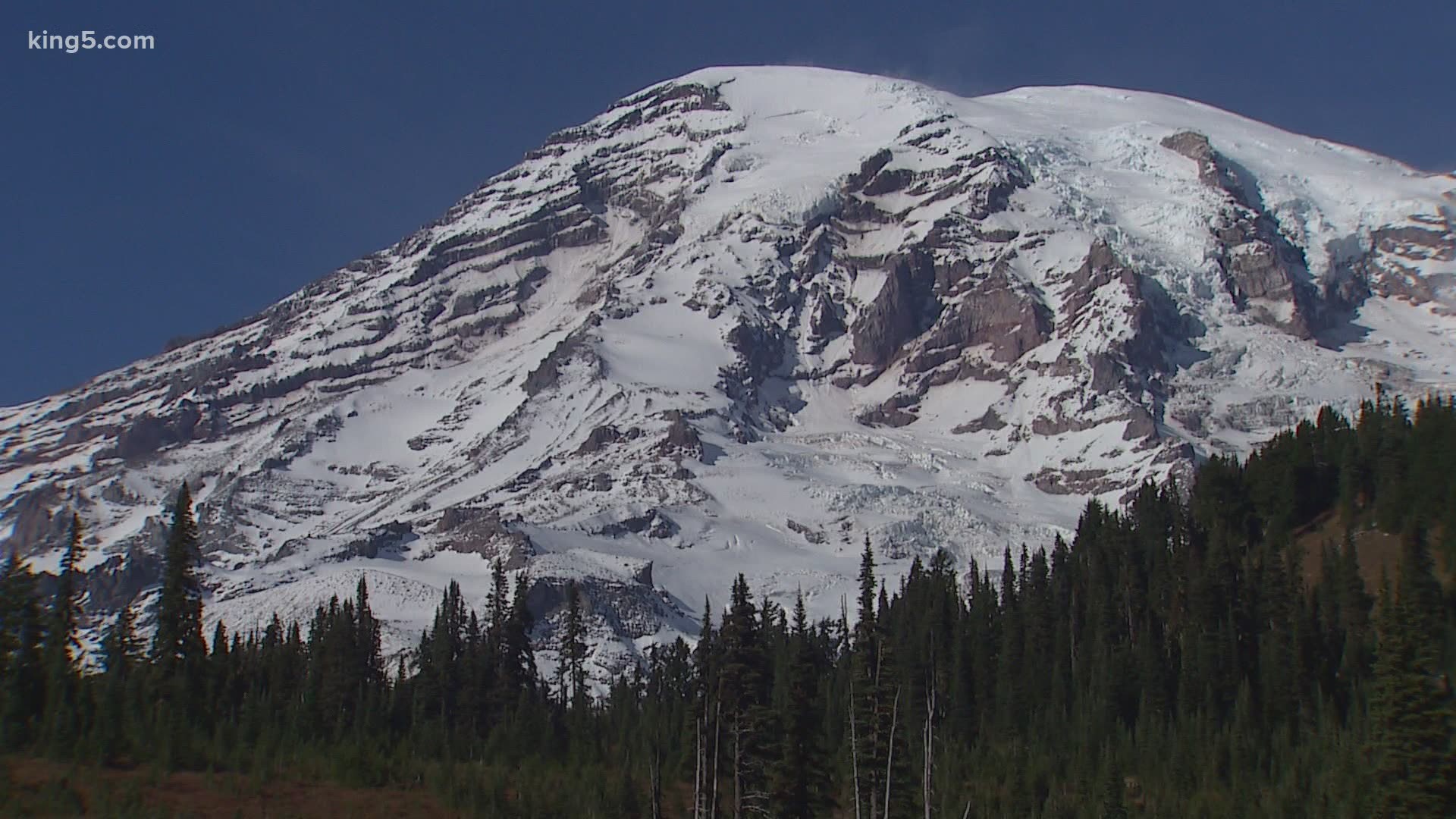 ASHFORD, Wash. — Mount Rainier has changed the landscape of Washington state before and will someday do it again. But between cataclysmic eruptions, another powerful force threatens those in its shadow – huge mudflows known as lahars.

Now, officials are working to get a better handle on detecting lahars, giving better and more accurate warnings to those that could be in harms way.

Twelve sites within the national park are used for volcanic and lahar monitoring. As of this fall, the U.S. Geological Survey is installing five more in developed areas of the park. You can view maps of both here.

It’s important work for those that live and play in and around the park, and the many communities downstream. Some the largest known lahars thousands of years ago made it as far as Puget Sound, crossing areas now occupied by towns like Enumclaw, Buckley, Auburn, Kent, Sumner and Puyallup.

Tuesday, Benjamin Pauk with USGS was getting his hands dirty digging a meter-deep hole for a seismometer at one of the new stations near the Nisqually River. He also explained how an array of audio (infrasound) sensors will help determine the direction and speed of a lahar, and provide more coverage in major drainages. These low-frequency sensors can detect the pressure wave in the air caused by a flow.

“The idea is to look for and detect debris flows coming down the drainage area,” he said.

Buried cables connect the sensors to a control box, which feeds data back to the USGS Cascades Volcano Observatory in Vancouver in real time.

Pauk explained why USGS has been looking to add more sites inside the park boundary.

“For a high-threat volcano like Rainer, we like to have 20 seismic sensors within 20 kilometers, and we’re not quite there at the moment,” he said.

The Park Service is also considering 12 more sites, some in wilder or historic areas of the park like the Fremont Lookout, or Tolmie Peak.

“We want to hear from people about what’s important to them in the park, and help us make a good decision,” said Teri Tucker, branch chief for planning and compliance at the park.

She added the park service hopes to minimize the impact on the character of wilderness or historic sites.

Scott Beason, the park geologist at Rainer, said the project is important, because lahars are not just a distract concept from the geological past. He stood above Kautz Creek, which was reshaped in 1947 by a significant debris flow.

“About 50 million cubic yards of material came down during that event in several pulses,” he explained.

Again in 2006, a flow came through that was large enough to reroute the path of the creek. Now, crossing the sign for Kautz Creek, experts know that water no longer comes from the glacier of the same name, but moisture accumulating in the water shed. The true creek runs under the road a few hundred yards away.

“The river popped into the forest over here,” Beason said, gesturing.

“Mt. Rainier is listed as one of the most hazardous volcanos in the U.S., because of the fact in can produce large lahars, and there’s a population base at the bottom of the volcano,” he added.

It’s why he and the USGS are looking forward to an expanded monitoring system.

“The big thing is we don’t want to be in a situation where we’re having to play catchup,” said Pauk.

Public comment for the 12 proposed sites is open through Friday, and will reopen again in the winter once an environmental impact statement is prepared.