While Mount St. Helens remains the state's highest risk, there are four other volcanoes are in the Cascades considered very high or high-threat. 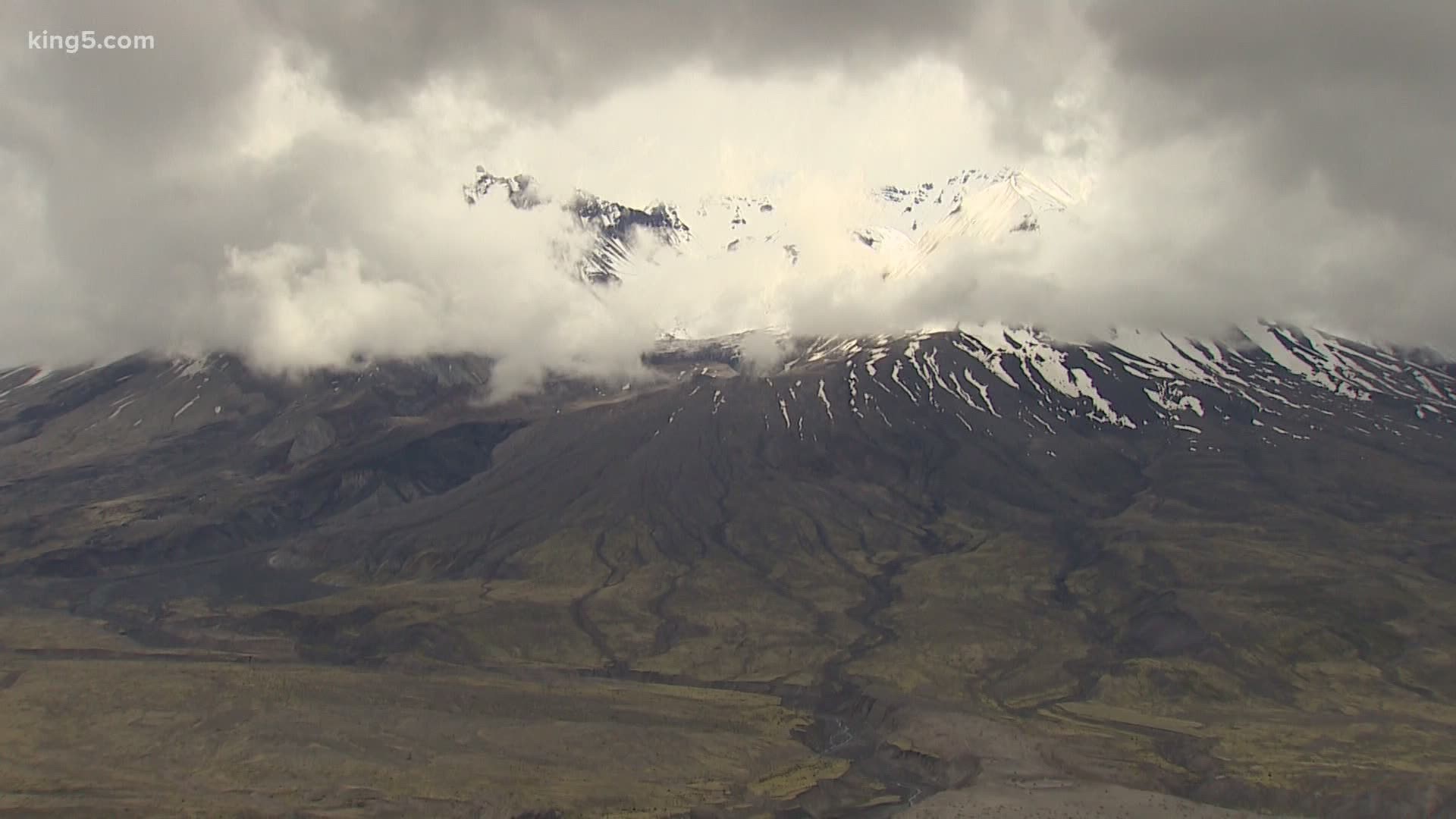 Washington is home to five very high or high threat volcanoes, and scientists are working to increase seismic monitoring at several of those mountains with the most potential risk.

The U.S. Geological Survey’s Cascades Volcano Observatory (CVO) was established in the wake of the Mount St. Helens explosion on May 18, 1980 to track volcanic activity from Mount Baker near the Canadian border, to Crater Lake in Oregon.

Five of the volcanoes it tracks are in Washington state. In the latest update to the National Volcano Threat Assessment released in 2018, Mount St. Helens holds the position as the second biggest threat in the U.S., following Mount Kilauea in Hawaii.

The threat level to people, property and flying aircraft is also measured as part of a matrix, along with assessed frequency, size and nature of eruptions. By that scale Mount St. Helens has left plenty of evidence that it’s been busy over the centuries.

The categories range from low to high and very high. Four Washington volcanoes are considered very high, including St. Helens.

Mount Rainier ranks third, not just because of its massive size, but because of how close it is to populated cities such as Puyallup and Tacoma.

Oregon’s Mount Hood ranks sixth, and while not in Washington state, it looms just south of the Columbia River in Oregon and would likely have an impact on Washington as it is so close.

Only Mount Adams, not far from Mount St. Helens, is a step below at “high” with a ranking of 34th. 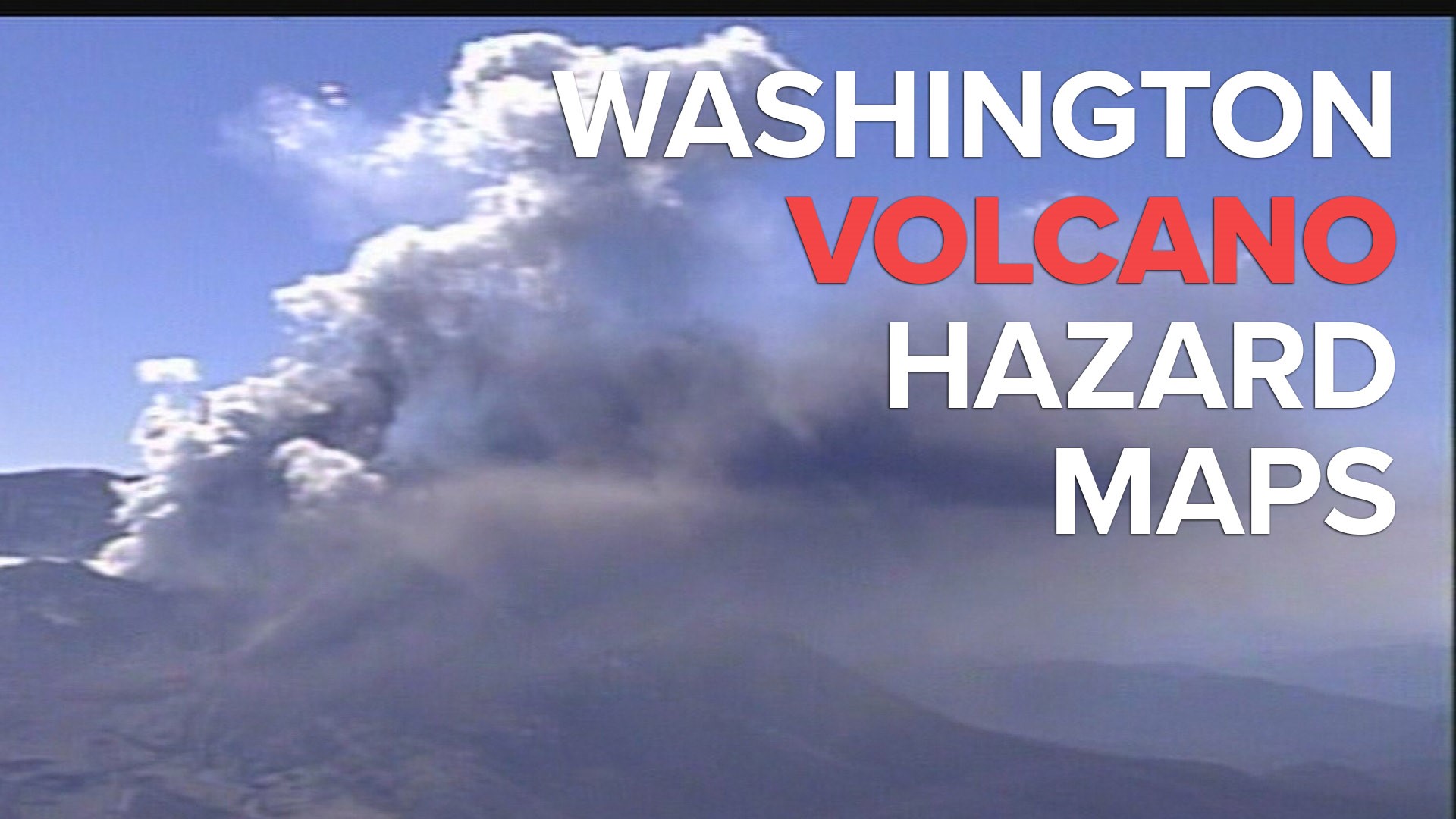 It was just over two months from the first-detected signs that Mount St. Helens was stirring until the 1980 cataclysmic eruption.

In a recounting of those early days, CVO noted that small earthquakes were picked up on March 16. By March 27, there had been hundreds leading to the first explosion of steam through the volcano’s summit ice cap. By May 17, CVO recounted that more than 10,000 earthquakes had been recorded.

RELATED: Mount St. Helens awakens: A timeline of the 1980 eruption

The main eruption was believed to have been triggered by a magnitude 5 quake that set in motion a landslide on the mountain’s bulging north slope. It effectively removed a massive cork that was constraining magma and expanding volcanic gases down below.

But 40 years ago, in 1980, volcanic monitoring was still fairly rudimentary. Much of the continuing monitoring was provided during the course of those two months, often with seismologists risking their lives to get the instruments in place.

The risks from volcanoes aren’t confined to the immediate eruptive blast. Lahars, which are giant mud flows that mix water from fast melting glaciers on top of the mountain with ash and rock, bulldoze their way for tens of miles away from the mountain through river valleys, wiping out nearly everything in their path. They leave behind a thick layer of mud the consistency concrete. Massive amounts of ash can travel thousands of miles, and where it’s thickest can crush building roofs.

But relative risk, along with budgets and regulations, have played a role in which mountains get the most attention, in other words, the most monitoring.

Mount St. Helens is one of the most closely watched volcanoes in the world. Mount Baker, despite a notable period of steam and volcanic gas activity in the mid to late 1970s, and Glacier Peak – not so much.

“You go to some other stations like Glacier Peak and Mount Baker, and we’re at a level Mount St. Helens was at in March of 1980,” said CVO scientist in charge Seth Moran. “Only one or two stations.”

The ability to not only detect earthquakes but to locate them is considered one important tool to spot early eruptive activity and essentially x-ray a volcano’s plumbing system deep inside the Earth. That’s done with the help of multiple seismometers to triangulate the location of earthquakes, and that x-ray can be built over time through normal background seismicity to create that image.

“It helps us understand the volcano ahead of time, where the magma chambers are,” said CVO scientist Wes Thelen, a research geophysicist, who also manages the acquisition of data coming from a variety of instruments of which seismometers are only one.

“The experience with volcano monitoring around the world is there is no one silver bullet,” said Moran. “You have to have an array of different types of instrumentation out there, particularly because you don’t know all the signs and symptoms you’re going to get from a volcano.”

He ballparks that at St. Helens there are at least 20 seismic stations, 20 stations using the global positioning system to monitor shifts in the shape of the mountain and even ways to detect an unusual movement of air that may be associated with volcanic unrest. Stations are both on the ground inside and near the crater. Now testing with drones can track volcanic gasses that can warn of a volcano’s changing disposition.

One issue that scientists have had to work through is the fact much of these areas these volcanoes exist in are located in designated wilderness areas, set aside to be as free as possible from human intrusion.  Installation of equipment “huts,” which are typically tiny portable fiberglass buildings that contain instruments, batteries, solar panels and antennas, have to be deployed to remote sites with helicopters.  Despite their self-contained abilities to operate remotely, they still need to be periodically serviced. Installing this equipment requires permits from the U.S. Forest Service.

“Our goal is to only go in there every couple of years after the initial install,” said Thelen. “And maybe up to five years depending on how the equipment fares.”

CVO scientists received permits to install wilderness stations on Mount Hood, which they hope to get into place this summer after several weather delays and hope to replicate the permit process for Glacier Peak and Baker. Thelen says the process is working its way forward on Glacier Peak and hopes for progress in the next six to 12 months.

“Glacier Peak has a tremendous ash fall hazard as well,” said Brian Terbush, a volcano scientist at EMD.  “So we really need this early warning on these volcanoes, and more monitoring is key to that. Seismometers are probably the most important thing to get out there.”