Mount St. Helens’ other eruptions: What we learned from the 2004 blasts

Mount St. Helens in Washington has seen several other significant eruptions since 1980. 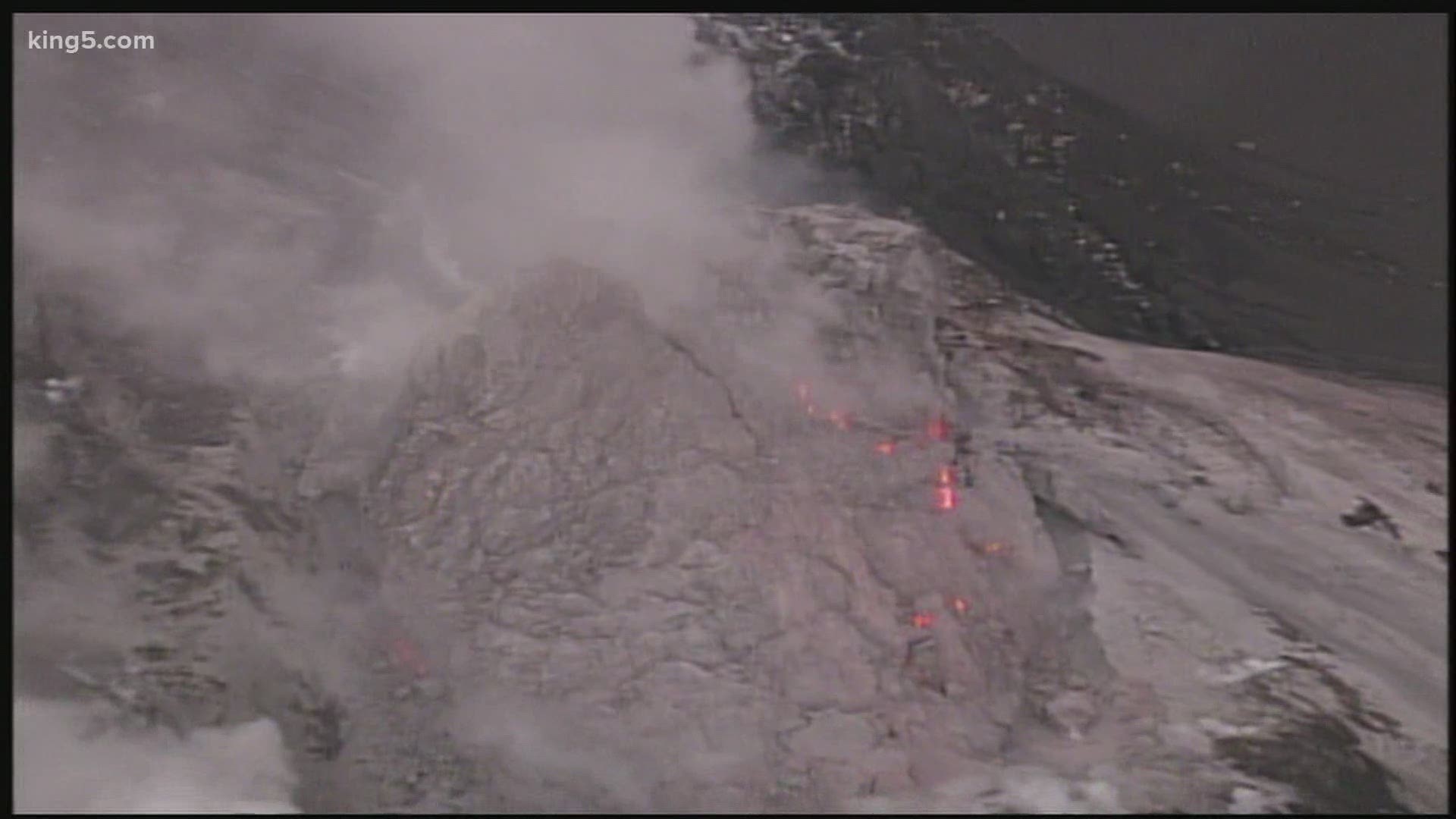 The May 18, 1980 eruption of Mount St. Helens is the one people typically think about, but there has been other noteworthy volcanic activity over the last four decades.

The 1980 eruption was a disaster with the loss of 57 lives, destroyed homes, property timber and logging equipment that was said to be worth billions.

What we don’t typically think about is that it took six years for the volcano to fully settle in 1986.

RELATED: Mount St. Helens awakens: A timeline of the 1980 eruption

And then there was a second eruption; another cycle began in the fall of 2004, running for another four years until 2008.

Scientists say stratovolcanoes in Washington and elsewhere round the Pacific Rim, not including the shield volcanoes in Hawaii, behave in a very cyclical way. They explode with tremendous force with lots of smoke and ash, then begin the process of rebuilding themselves. Then it happens all over again.

In late September 2004, a swarm of tiny earthquakes were detected deep underground. Those earthquakes built into the tens of thousands. Then on October 1, the CVO says there were several explosions of volcanic ash and gases. It wasn’t as big as 1980, not by a long shot, but it was still impressive.

A month after the earthquakes began, in late October, a huge shape appeared, filling in part of the crater. CVO says that dome built to a height of some 1,500 feet above the floor of the crater where it broke through.

CVO says it was a different kind of dome building process. Instead of that thick lava, spines of pinkish rock that broke through the base of the crater in 2004 actually started to solidify more than a half mile below the surface.

But as impressive as the 2004 eruption and dome building phase was, scientists say it – along with the 1980-1986 dome building – only filled in about 7% of what was lost out of the Mount St. Helens crater.

The blasts out of the crater in 2004 would actually be surpassed by additional explosions on January 16 and March 8, 2005. Blocks of rock landed hundreds of yards away, along with dustings of ash that ended up in Ellensburg, Yakima and Toppenish more than 90 miles away.