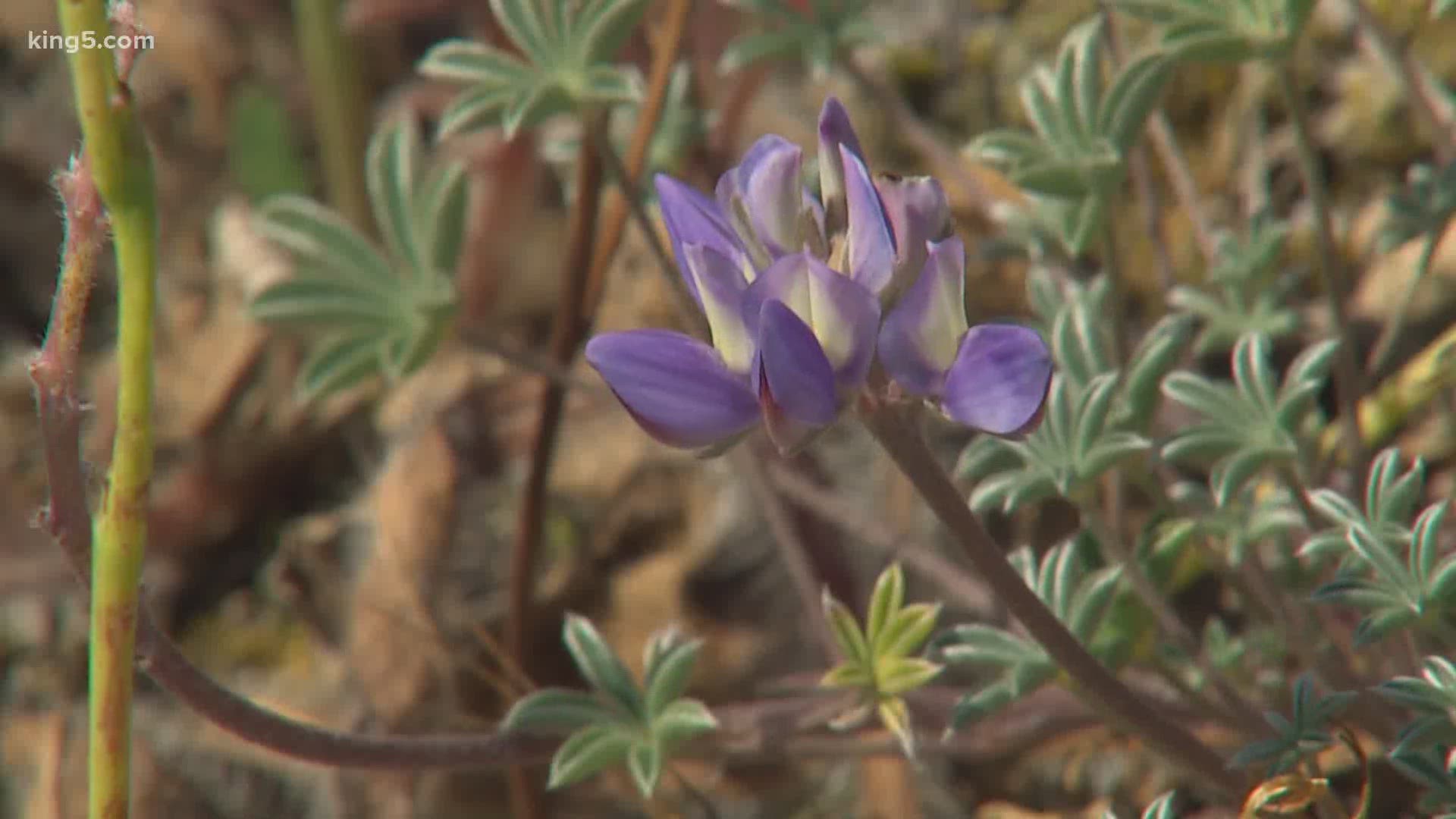 Change is the only constant in the life of a volcano – mountains that rise and fall thanks to eruptions and erosion. Most of this happens on a timescale far beyond the human lifespan. But on Mount St. Helens, rapid change has happened right before our very eyes, and continues to this day.

The volcano erupted 40 years ago on May 18, 1980. The eruption obliterated hundreds of square miles of forest around it, sending mudslides into the rivers and valleys below.

“So in 12 hours time, it’s unfathomable to think of the types of changes, so dramatic, so sweeping, that could happen,” said Charlie Crisafulli, a research ecologist who has spent decades studying Mount St. Helens with the U.S. Forest Service.

All these years later, what amazes him is the way life flourishes there – a far cry from the barren desolation of 1980. He said one of the first big epiphanies is that pockets of plants and animals did survive – even in small numbers.

“We refer to these as epicenters of survivorship,” he said.

That turned out to be incredibly important – their offspring and descendants grew and multiplied, linking up and forming larger pockets of life, as species that fled returned to the zone.

“So you had this expansion and transformation to grey and stark, to green and full of life,” he said.

That makes Helens, "the grand-daddy of long-term studies," an opportunity to study the way species of flora and fauna grow populations and interact in a less-complicated setting, lacking the surrounding forest.

Certainly change has continued over the decades. Trees have grown back, and landscape is noticeably greener compared to old photos. The majority of native animals have also returned, Crisafulli said, and species like lupine, alders, northern pocket gophers and American beaver have played critical roles in the transformation.

“I’m pleased to report that even this year, 2019, we had our first observation of mountain lions – pumas – as well as black bears right in front of the crater, the place where no life has survived,” he said.

But with so many changes it’s also interesting to look at what remains the same 40 years after the eruption.

The Army Corps of Engineers still manages the outflow tunnel for Spirit Lake, drilled to release water after the natural path was clogged by landslides. That tunnel requires ongoing repairs and monitoring.

The incredible amount of material moved in the eruption choked rivers like the Cowlitz and Columbia with sediment back in the 80s – about 500 times the baseline amount, Major said. Still today – rivers see a factor of 10 above pre-eruption levels.

“The levies that protect the cities like Castle Rock, Kelso and Longview, if the channel bed rises too much then smaller and smaller floods would have the ability to spill over the levies,” Major said.

The Corps of Engineers built a sediment retention structure on the North Fork Toutle River to help control this risk – another issue that persists to this day.

“What’s pretty interesting is the fact that we had a number of events that transpired on a single day within minutes 40 years ago, and as human society, we’re still confronting consequences of those events 40 years later,” Major said. “Just because the eruption ended, didn’t mean the problems all went away. As Yogi Berra famously quipped, it ain’t over til it’s over.”

But it is the persistence of life at Mount St. Helens and the numerous changes where Crisafulli finds the central takeaway today.

“It has to be a lesson of resiliency,” he said. “One, our expectation is most life – albeit if there’s just a few individuals – will persist. That’s the first. The second is if you just leave nature alone, the systems will come back in really remarkable ways.”

Though he thinks a Mount St. Helens surrounded by the classic Northwest forest pre-eruption is likely at least another century away.