A tree that's truly out of this world thrives - and multiplies - on the ground of Washington's State Capitol. #k5evening 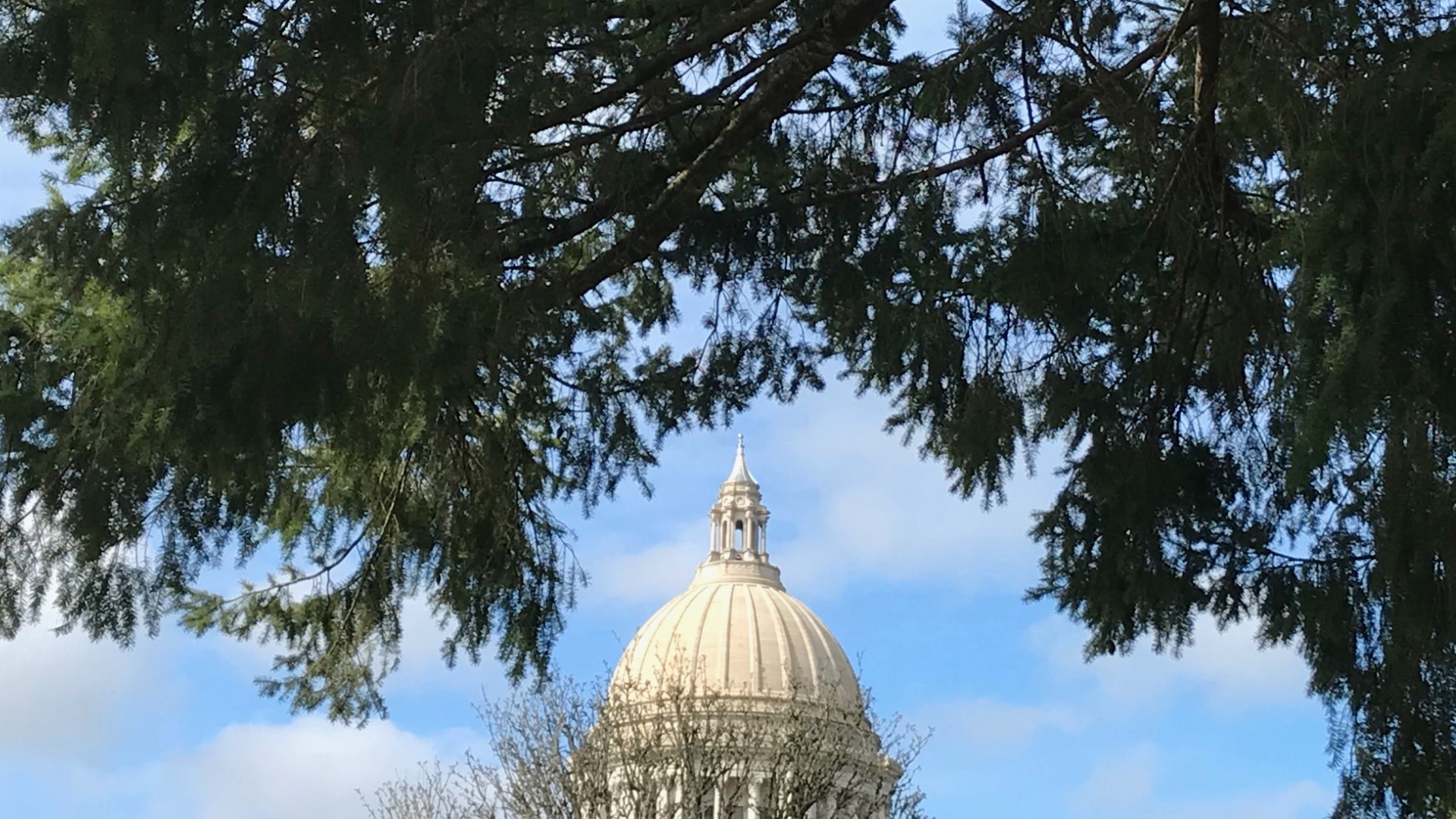 "It's called the Moon Tree because the seed from which it was grown went around the moon with the Apollo 14 mission in 1971,” said Linden Lampman, Urban & Community Forest Program Manager for Washington’s Department of Natural Resources.

Astronaut Stuart Roosa - who had been a smokejumper - brought tree seeds into space with him on that Apollo 14 mission. After they splashed back down to earth, four hundred and fifty of the space seeds were planted around the country.

Today, only about 90 Moon Trees survive - among them, a Douglas Fir in Olympia that continues to capture people’s imaginations, according to Brent Chapman, horticulturist and Grounds Operations Manager for the Department of Enterprise Services: “A lot of them ask is there’s anything different about this tree because the seed has been to the moon and I always say I haven’t been here at night, but I always wonder if it glows in the dark.”

The Moon Tree was planted during America’s Bicentennial in '76 by students from Clark County.

Later, another group of students sold Moon Pies to raise money for the plaque that sits at the base of the tree’s trunk.

"The students that planted this tree in 1976, they probably have their own children now. Hopefully they're planting trees as well,” mused Lampman.

And break out the green cigars - the Moon Tree just had some kids of its own. Three Baby Moon Trees were cloned from the original, and they were just planted on campus as part of a challenge to plant 100 new trees in one year.

Despite traveling to outer space, the Moon Tree isn’t that different. It doesn’t glow, it seems to obey the laws of gravity. But is has something special – that it shares with every tree on this planet:

"They stand tall, straight. And they're patient. I think we could all use some patience,” smiled Lampman.

The Department of Enterprise Services offers self guided tours of Olympia's Capitol Campus and its heritage trees, including the Moon Tree.