Including mental health as an economic benefit in city planning may be a complicated task, but a growing body of research suggests it is worth accounting for. 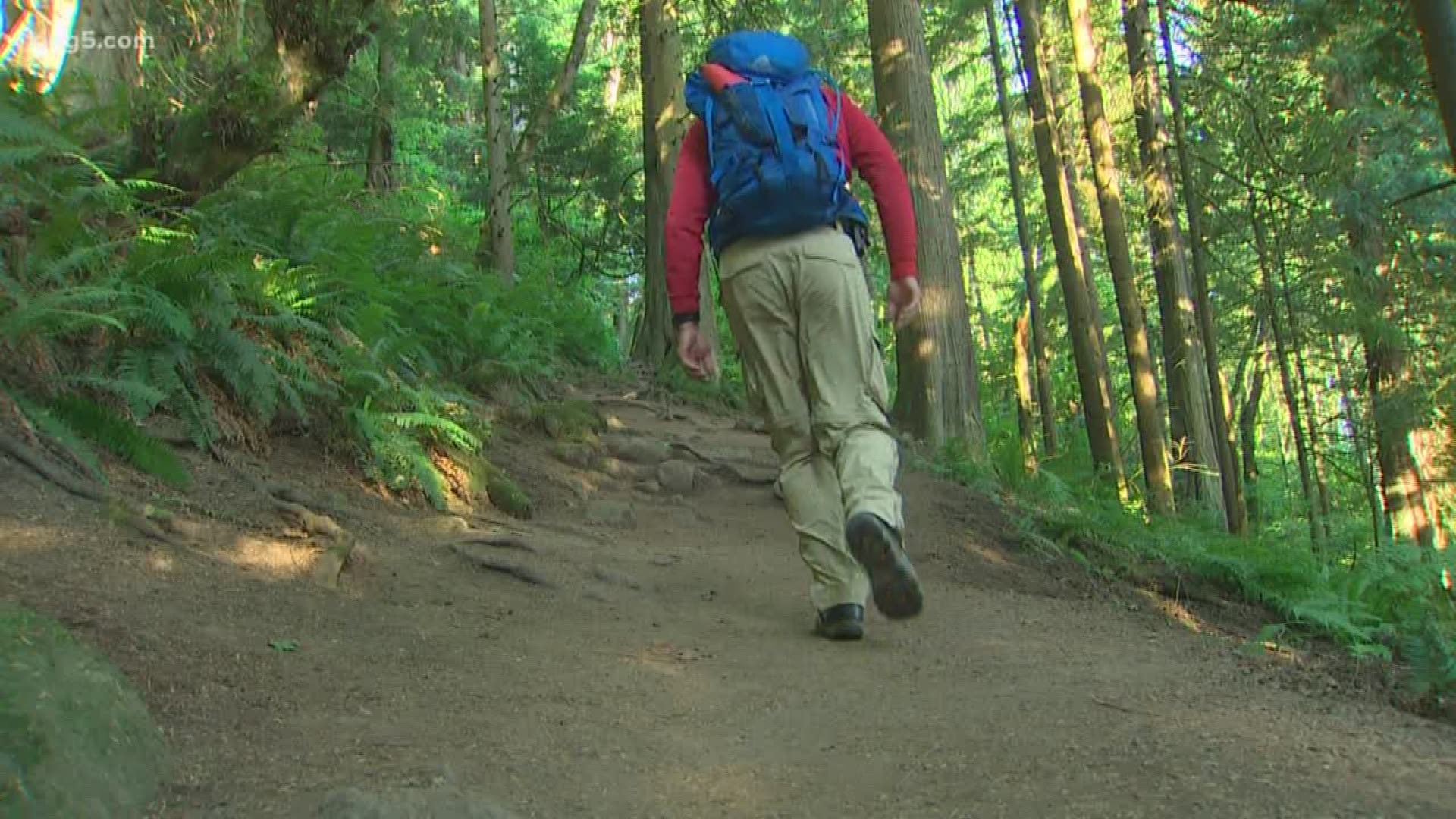 City planners should consider the mental health benefits of green spaces when making plans for the future of their cities.

That’s according to a new study out of University of Washington that says urban green spaces can help improve mental health. The study found that accounting for the economic impacts of these benefits might help cities prioritize investments in urban nature.

Greg Bratman, assistant professor in environmental and forest sciences at University of Washington, was the lead author on the paper, a collaboration with 25 other scientists in this emerging field of study.

“Nature experiences can have benefits for mood, memory, and emotion regulation. What are the mental health repercussions of nature experiences, or of changing a landscape from natural to urban? Those effects are not typically being taken into account,” Bratman said explaining the motivation for the study.

‘How do you convey the value of nature?’

Over the past few decades, ecologists have used a concept called “ecosystem services” to help city planners more precisely evaluate the economic value provided by nature.

“The history of the environmental movement has been one of lose-lose battles, with the economy pitted against the environment. This is about turning that around and creating a pathway to green growth.” explains Gretchen Daily, senior fellow at the Woods Institute for the Environment at Stanford University, and a co-author on the paper.

“We want a future where cities are livable, green, and sustainable, as well as thriving economically. When it comes to city planning there are cost-benefit analyses, so how do you convey the value of nature?” said Daily.

She explains that many governments are already making decisions that consider the benefits of nature—for example New York City invested over a billion dollars to restore the watershed that serves the city. Maintaining a healthy forest upstream means better water quality for the city.

“It’s way cheaper than building a water filtration plant, the cost of water treatment would be $6-8 billion. More and more we’re seeing the case made for investments in nature.”

China and Costa Rica are also leaders in the use of the “ecosystem services” model, offering citizens money in exchange for reforesting their land or keeping it forested. A 2018 study estimated that $36-42 billion is spent on ecosystem service programs globally.

Including mental health as an economic benefit may be a complicated task, but a growing body of research suggests it is worth accounting for.

Several studies have found that plants in a hospital room or just outside a window help patients recovering from surgery to heal faster and report less pain.

Other research has found tree cover at schools has a positive impact on math test scores, even when accounting for other factors like poverty.

This research suggests we should look deeper into the ways that nature can benefit us, but to some extent the message is clear: nature is good for us. The story can get more complicated when it comes to putting theory into practice.

Stephanie Pincetl, director of the California Center for Sustainable Communities, who was not part of the study, explained that some efforts to “green” urban spaces can be overly simplistic and not take the needs of the community into account.

For example, many Los Angeles residents rejected the planting of street trees as part of the “Million Trees LA” program. Pincetl explained that a major downfall of that program was that residents would be financially responsible for the costs of tree maintenance.

“When you’re already not very wealthy and you have all these other burdens, you certainly don’t want a tree. You’ll worry if the roots get into the sewer, you have to water the tree, you have to prune the tree.”

How does Seattle’s green space compare?

Seattle has 28% canopy cover from trees, just above the national average of 27%. The city has set a goal to increase that number to 30% by 2037. But that canopy cover is not evenly distributed throughout the city. Like many cities, Seattle’s less wealthy neighborhoods also have fewer trees—on average just 20% canopy cover. The city has prioritized equity as it moves forward with its goals to live up to its reputation as the Emerald City.

Sandra Pinto de Bader is the urban forestry advisor at Seattle’s Office of Sustainability and Environment, and she says she has also heard concerns from Seattle residents about new trees.

“People have said they don’t want a tree in front of their house because it’s bad feng shui. Some communities might be concerned about bringing more trees because they worry their neighborhood is going to be gentrified. So, we’re really wanting to balance the benefits that trees provide, and also the implications and impact it can have on the community.”

According to Pinto de Bader, there are 250,000 street trees in Seattle. The Seattle Department of Transportation has been planting more, and they take care of the newly planted ones—about 40,000 to date.

Pinto de Bader explained that Seattle evaluated its own “ecosystem services” using the USDA Forest Service software iTree Eco in 2012 to assess the city’s urban forests and put numbers to the services provided by them.

At that time, they found that Seattle’s 4.35 million trees had a replacement value of $4.9 billion. Those trees stored 2 million metric tons of carbon and lowered residential energy bills by $4.9 million a year by protecting buildings from wind and sun exposure. They removed 725 metric tons of pollution from the environment annually, a pollution removal value of $5.6 million a year.

Michael Yadrick is a plant ecologist with Seattle Parks and Recreation working on the Green Seattle Partnership, a public-private partnership dedicated to restoring and maintaining forested parkland in the city.

Yadrick says that many native trees have been dying off due to the stress from increasing temperatures and dryer summers. Even though overall rainfall hasn’t changed, it has shifted with the seasons—more rain in the winter and less during the hot summer means dry conditions that put stress on plants. He says that by planting native plants and long-lasting trees like evergreens, and removing invasive plants, the increased biodiversity of the forests will make them more resilient to climate change.

“There’s over 100 species of native plants we put in the ground every year, and upwards of 100,000 individual plants,” Yadrick said.

The partnership also plans to start sourcing their seeds from further south, so that plants are better suited to anticipated warmer temperatures.

Yadrick explained that the Green Seattle Partnership uses the city’s Racial and Social Equity Index to ensure that they are serving diverse and low-income communities.

“Seventy-five percent of our efforts are focused on underserved areas,” he explained.

Kirsten Schwarz, director of the Northern Kentucky University Ecological Stewardship Institute, emphasized the value of working directly with communities to develop plans for green spaces that truly meet their needs.

“If the community is part of designing that space from the beginning, it changes their experience,” she explained.

The Duwamish Valley Program in Georgetown and South Park is a good example of the city soliciting community input for a nature revitalization project. According to Pinto de Bader, the program has especially focused on providing opportunities to local youth to engage with urban forestry. As part of that program, the US Forest Service and Duwamish Valley Youth Corp joined forces to hire young residents to collect moss from street trees in the neighborhoods to assess the intensity and distribution of air pollution as recorded by the moss. They trained youth in sample collection and preparation, and will publish their results later this year.

The Green Seattle partnership also works with many community organizations and local businesses, organizing volunteer opportunities almost daily. As of this year they have logged over 1 million volunteer hours and 1 million plants planted.