Seward Park covers 300 acres of lush green and old growth trees in the heart of Seattle. Around 2013, however, something started to change. The sword ferns blanketing the park began to die. 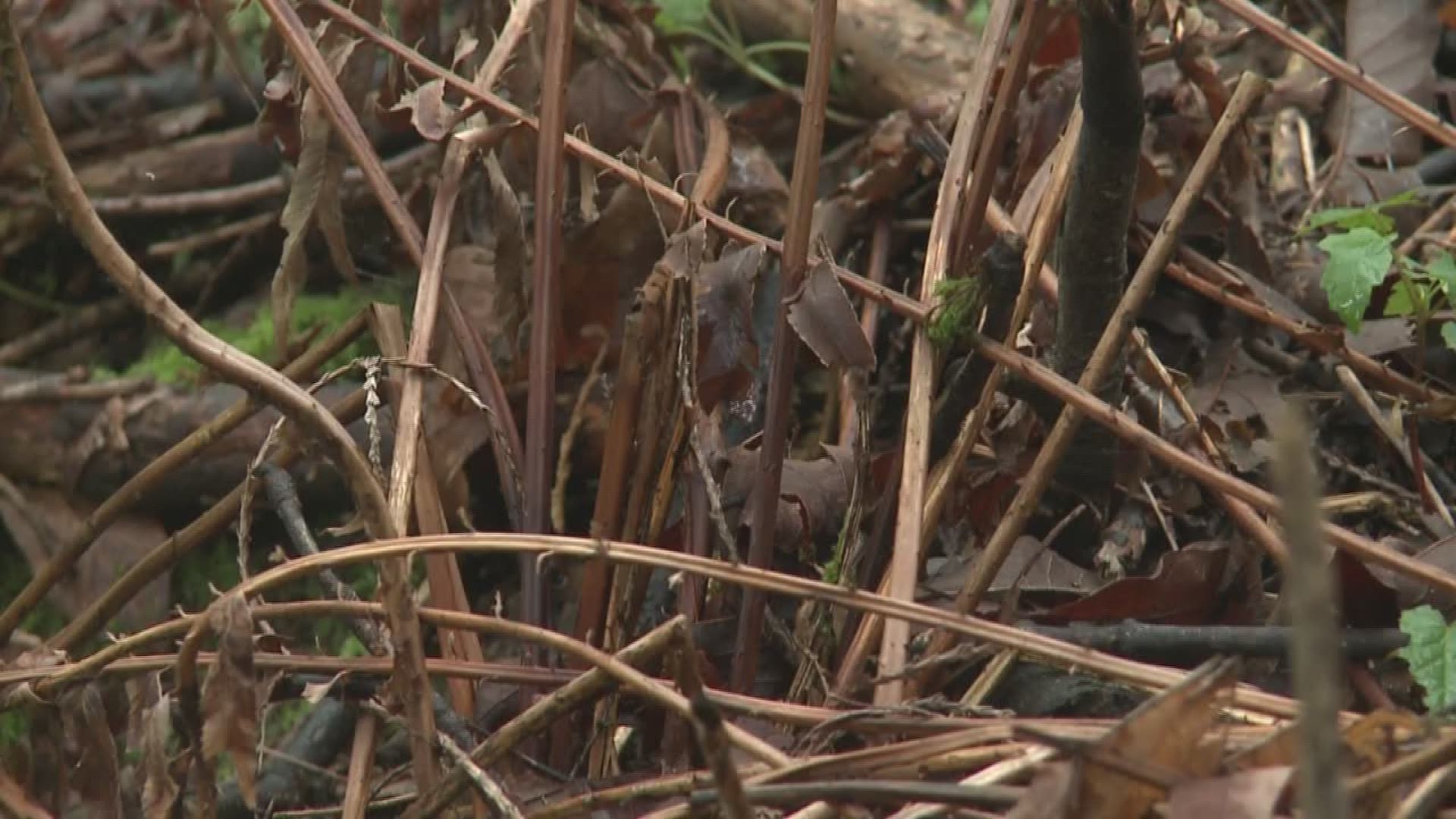 Seward Park covers 300 acres of lush green and old growth trees in the heart of Seattle. Around 2013, however, something started to change. The sword ferns blanketing the park began to die.

"It's now reduced to these wilted brown former sword ferns," Tim Billo said. "There are a few live sword ferns in there. What we've been seeing is this area is progressively becoming more and more dead, especially in the last year or so."

Billo teaches environmental science at the University of Washington. He's been monitoring the massive die-off of sword ferns at Seward Park. The only sure bet about the problem is that it's not getting any better.

"In fact, the problem is getting worse," Billo said. "There is no regeneration happening. The problem seems to be spreading throughout the park. That, to me, is alarming."

"The subjective immediate response was, 'This is not right. This is deeply not right,'" Shannon said. "Really, the concern came from seeing this spectacular dead zone getting larger."

At this rate, Shannon says, all the ferns here will die within 10 years.

Sword ferns are also important habitat for wildlife, and nothing else seems to be sick. No one's sure exactly what's wrong with the ferns. It might be a pathogen. Billo believes they've ruled out several years of drought or predators like the mountain beaver which eat ferns.

They have seen similar issues begin to appear on the Kitsap Peninsula and on Mercer Island. They're hoping to find increased funding sources for better research.

Ferns can live 500 years and are tough to kill. For now, Seward Park's die-off remains a mystery that's reducing history with no clear way to stop it.