State wildlife officials said it appears dozens of juvenile terns fled the heat by jumping from an industrial roof, injuring and killing many. 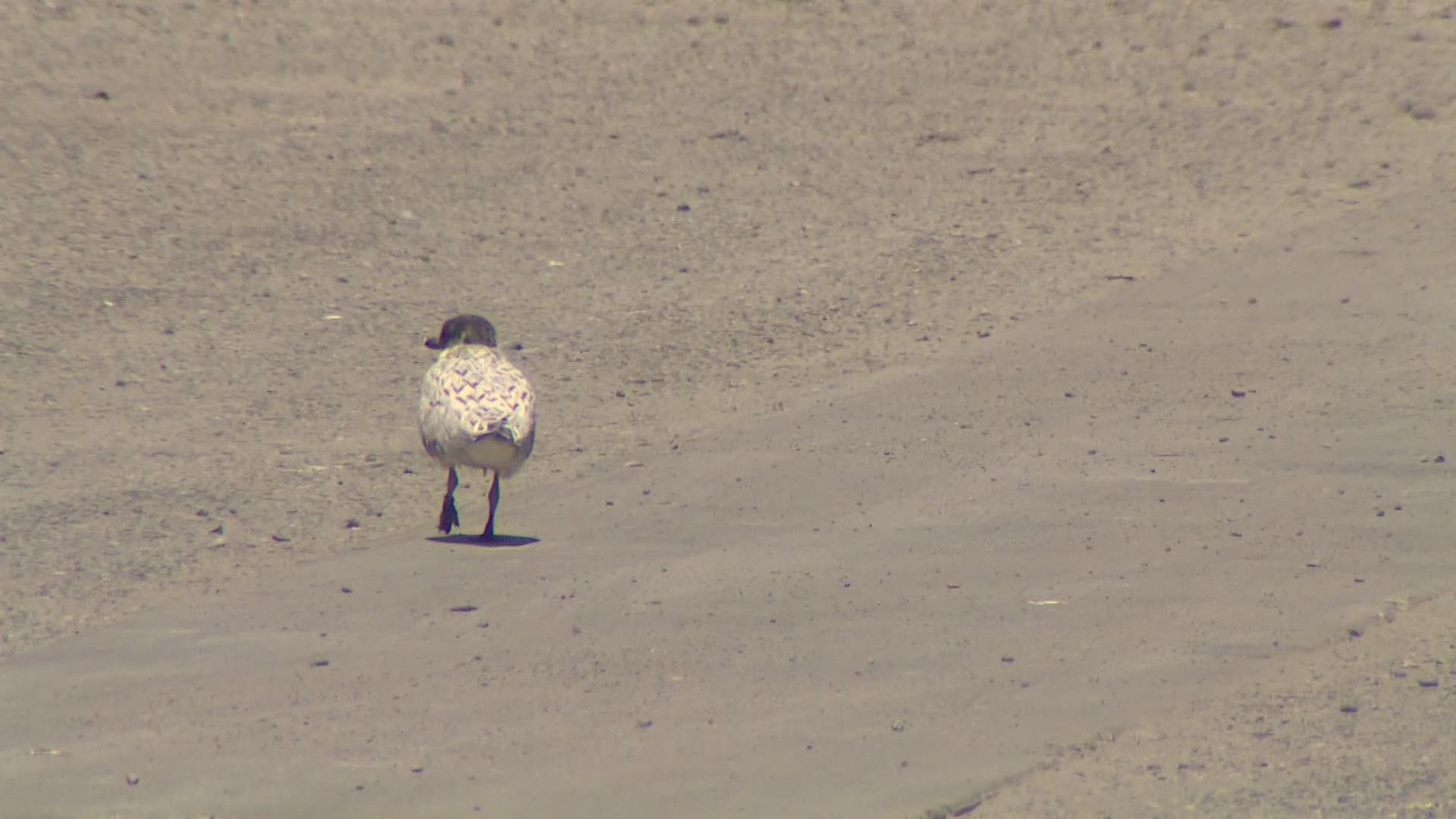 SEATTLE — State wildlife officials are monitoring a colony of Caspian Terns on an industrial building in Seattle after extreme heat appears to have prompted the death of dozens of the seabirds.

Investigators with the Washington Department of Fish and Wildlife (WDFW) believe Monday’s record temperatures, when Seattle hit 108 degrees, led dozens of juvenile terns to flee rooftop nests for cooler shelter. But since the young birds can’t fly yet, they plunged to the pavement below, risking injury or death.

Conservation scientist Kersti Muul, who works with the Seattle Audubon Society, was called to assist when the mass mortality event was spotted Monday evening.

“They were stuck on the ground, the asphalt was burning them,” she said.

As many as 90 are believed to have died at the site, near a concrete plant off Highway 99 south of downtown. PAWS Wildlife Center received about 50 live birds. A number were too injured and euthanized, and between 16 and 20 were treated and returned Tuesday.

Wildlife officials hope more will be healthy enough to return in the coming days.

“I've never encountered anything like this,” said PAWS Wildlife Veterinarian Nicki Rosenhagen. “And of course, this is unprecedented heat, right. And so this is not a situation that we've had to face before.”

She said all the birds were juveniles. Many were treated for burns on their feet. They will now be given anti-inflammatories and fluid support, she said.

"Then nutritional support and rest, and just give them some time to see if they can bounce back," said Rosenhagen.

The Northwest’s run of record temperatures is the result of a "heat dome" blanketing the region – a bubble of high pressure that pushed highs into triple digits for days. While heat extremes are possible, human-caused climate change increases the likelihood and severity of such events.

Muul hopes the grisly scene will be a reminder that climate impacts are already arriving, with significant consequences for people and wildlife alike.

“In the short term, this was not preventable,” said Muul. “But I think in the long term, there's definitely things that we can start doing now to start preventing this kind of thing. You know, it's not really a one-off because these things are starting to happen more and more frequently. The weather's changing, it's getting hotter.”

"Extreme heat is a known, climate-related threat that can be especially harmful during vulnerable nesting periods for birds," echoed the Seattle and Washington Audubon Society chapters in a joint statement. "This heart-breaking scene should serve as a warning of the toll that human-caused climate change is taking on our planet’s plants, animals, ecosystems, and people. Projections from the National Audubon Society estimate that 108 bird species in King County are vulnerable to the impacts of climate change and are at risk of extinction."

On Tuesday, WDFW Wildlife Biologist Chris Anderson surveyed the colony, and said in 15 years of work, he’d never seen young birds jump from a height like this because of heat. Heat events can happen in their natural habitat on island beaches, Anderson said, but he believes the roof amplified the effects and consequences.

Now, the department is balancing further disturbance to the colony – which would be detrimental to the surviving birds – with accessing any other injured juveniles.

“We’re doing all we can and the big thing to emphasize is the birds, besides the unfortunate jumpers, they moved from one ‘island’ to another,” he said. “This is what urban wildlife have to deal with.”

Heat is believed to be the main issue, he added, though it's always possible a predator or human spooked the colony.

Though there are still young birds running around on the ground in the area, he said it appears the adults are feeding them. More than 1,000 are still on the roof, Anderson said.

The WDFW asks that people avoid the area, to protect the remaining birds from further disturbance.