After a four year legal battle, the Marathon oil refinery expansion in Anacortes will not move forward. But some other environmental upgrades will be made. 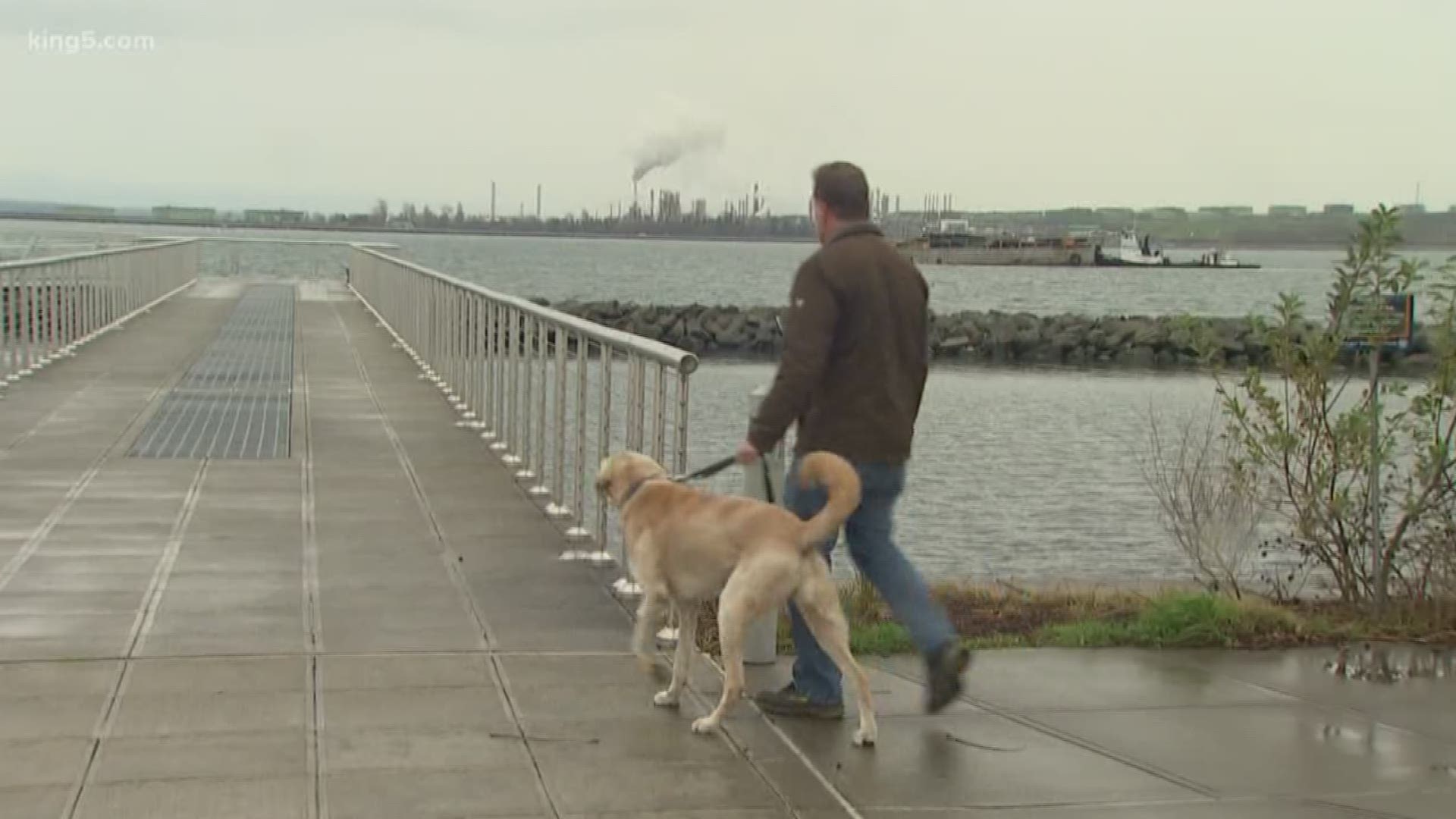 ANACORTES, Wash. — After a four year legal battle, the plan to expand the Marathon oil refinery in Anacortes will no longer move forward.

Matt Krogh said he often saw pollution as he would look across the Anacortes waterfront at its oil refinery looming in the distance, but now he sees something else.

"I see a victory," said Krogh, whose organization Stand.earth was instrumental in the fight against the refinery. "It's great to know we're not going to see a refinery expansion."

The refinery's previous owner, Tesoro, planned to produce 630,000 gallons of Xylene a day.

Xylene is a chemical used in the production of plastic wraps and bottles, much of which ends up being incinerated, adding to greenhouse gasses.

The plan would've required the construction of a new pipeline in Anacortes and 60 additional tankers navigating Puget Sound.

Opponents like Krogh fought the expansion at every turn, including launching a public awareness campaign that argued the risks of a catastrophic spill and the impact on an already fragile ecosystem was too much.

"When a company like Marathon is required to account for the environmental impacts of their projects, sometimes they can walk away," said Krogh. "That's what we want to see them do."

Marathon has already completed part of the project that will reduce sulfur emissions at the plant. The company plans to complete one additional environmental upgrade.

A spokesperson, however, said the proposed Aromatics Recovery Unit and associated storage tanks project will not be constructed.

The projects were proposed under previous refinery ownership. But the company will continue to pursue other opportunities to improve operations in a safe, environmentally sustainable way, according to the spokesperson.

The agreement also scraps about 20 full-time jobs that likely would've paid more than $100,000 a year.

Krogh, however, argues it's a win for all.