A judge recommended the tribe be allowed to resume its hunt of gray whales. The National Oceanic and Atmospheric Administration will make the final decision. 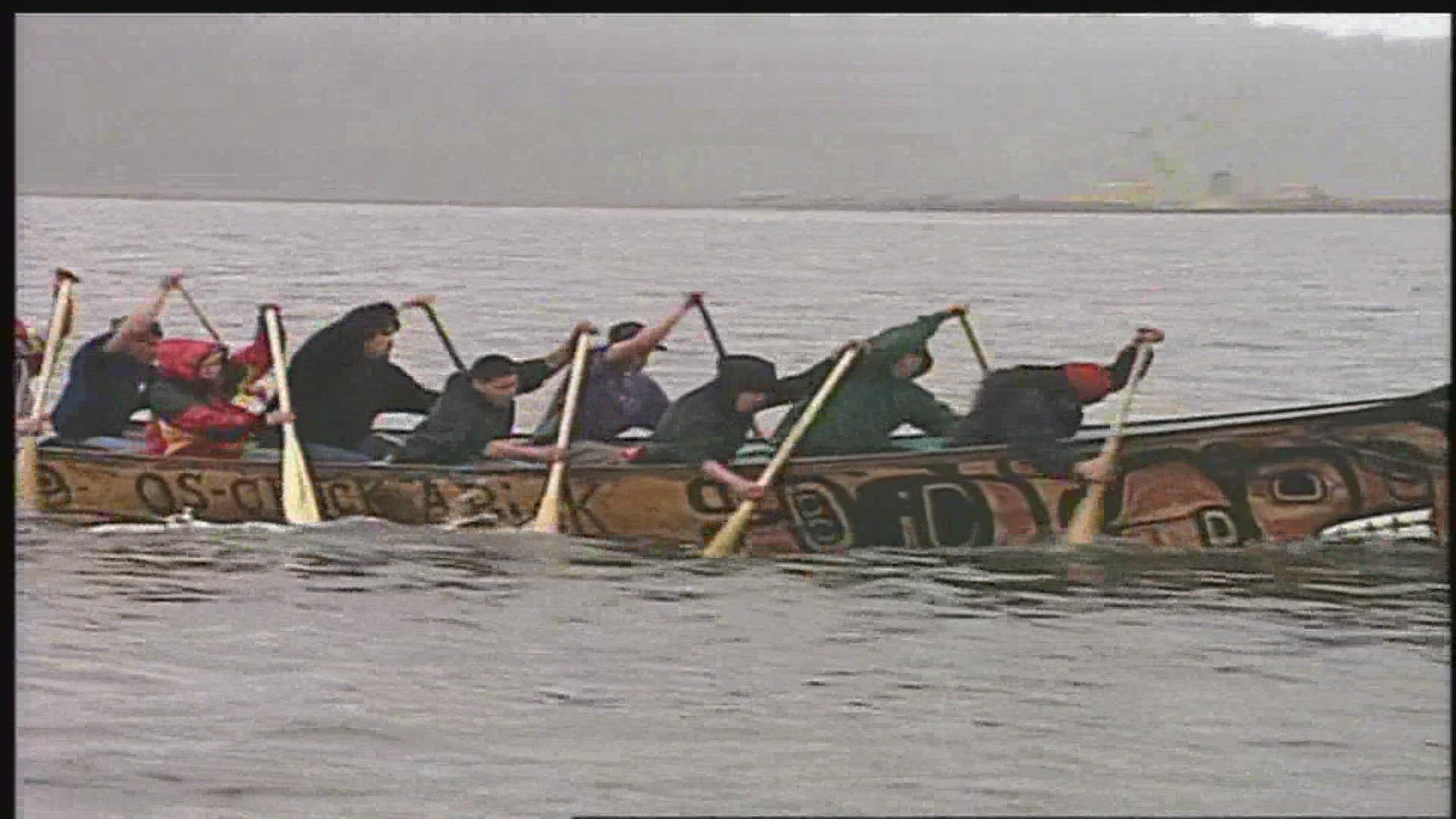 NEAH BAY, Wash. — A Seattle judge has recommended the Makah Indian Tribe be allowed to resume their traditional hunt of gray whales after a decades-long legal battle with environmental groups.

The tribe last hunted a whale in May 1999, when whalers fired the "shot heard 'round the world" as viewers across the globe watched Makah tribesmen take their first gray whale in 70 years on live TV.

Before that, the tribe had not exercised its treaty rights to hunt whales for decades because their populations were declining.

Vice-Chairman of the Makah Tribal Council Patrick DePoe was 16-years-old when he celebrated the whale's arrival on the beaches of Neah Bay.

He says it is a lost but sacred tradition that is part of the soul of every Makah tribe member.

"It was something missing that I didn't even know was missing until I was out there with it."

Soon after the hunt, environmental groups took the tribe to court to prevent future whale hunting.  After two decades of legal wrangling, hearings were held in Seattle in November 2019 to help decide the matter.

Now, nearly two years after that, and with the whale population rebounding to healthy levels, a judge has recommended the tribe be allowed to kill up to three gray whales a year.

Despite the victory, however, DePoe said this is a bittersweet day.

The Sea Shepherd Society, which fought the tribe in the waters and the courtroom, had no comment on the decision.

During the hearings two years ago, Catherine Pruett with Sea Shepherd Legal argued no whaling should ever be allowed.

"These are highly social and sensitive creatures. We should be protecting them. They're so important for ecosystems. As a culture, we need to know not to do this."

While a key victory for the tribe, the judge's decision is only a recommendation. The National Oceanic and Atmospheric Administration (NOAA) will have the final say.

Three weeks of public hearings are expected to begin in Seattle next week.

Members of the Sea Shepherd Society have previously told KING 5 News they expected defeats both in court and with NOAA and have been preparing to sue NOAA to tie the case up in court as long as possible.

For now, though, the Makah are one major step closer to putting their whaling canoe into the water once again.

"We have to finish this," said DePoe. "We have to follow this process through. There is a finish line and there is a group that is ready to jump in and start training as soon as we give that green light."