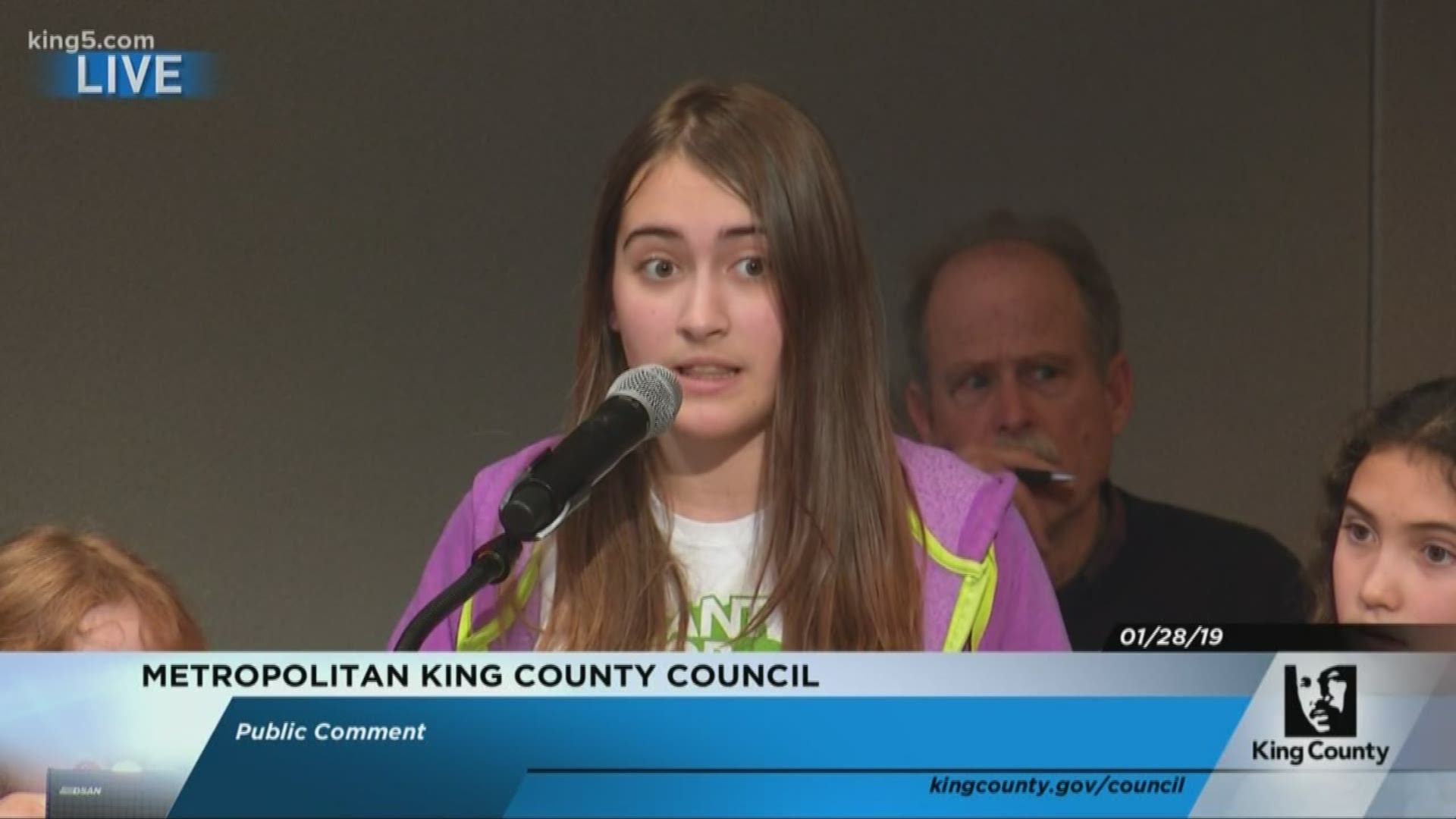 The King County Council voted for a six-month moratorium on new major fossil-fuel facilities in unincorporated King County, along with the expansion of existing ones.

It was passed by a vote of 6-3. In favor of the legislation were Councilmembers Dave Upthegrove, Jeanne Kohl-Welles, Joe McDermott, Claudia Balducci, Larry Gossett, and Rod Dembowski. It was opposed by Councilmembers Reagan Dunn, Kathy Lambert, and Pete von Reichbauer.

The measure needed six of the nine votes to pass because it’s an emergency measure. A simple majority would not have been enough.

Earlier on Monday, Dr. Ken Lans, Past-President of Washington Physicians for Social Responsibility, spoke in his white lab coat to a small group of climate activists in downtown Seattle.

"To protect everyone's health, we urgently need to begin transitioning off our heavy and harmful reliance on fossil fuels," he said.

Later, he took his white lab coat inside to give a similar speech to the King County Council. He and dozens of other speakers asked the council to pass a six-month moratorium on new large-scale fossil fuel facilities, like those that do wholesale distribution, extraction, refinement or processing.

It does not include facilities that deal with consumers directly, like gas stations and it wouldn't affect existing facilities.

Critics question the efficacy of a ban like this, as they don't reduce demand and simply require fossil fuels to be shipped from somewhere else.

"Up to 200 species of life on this planet die everyday because of us, and when I say us, I mean you, the adults, the politicians now in office that are not making the changes needed to sustain life on this planet, and as we know it, life itself," said student Zoe Schurman, age 13.