Jurors deadlocked in a decision today for the trial of a man who shut off a Canadian tar sands oil pipeline in Anacortes last year. 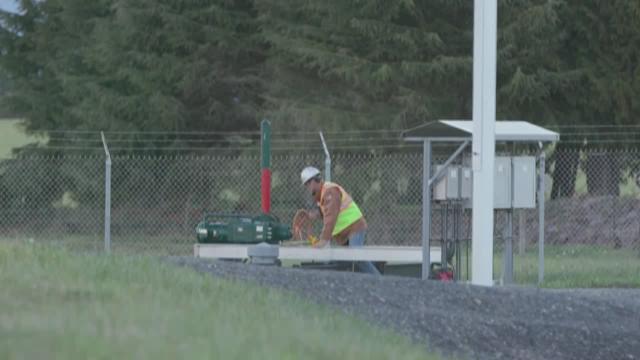 Jurors deadlocked in a decision today for the trial of a man who shut off a Canadian tar sands oil pipeline in Anacortes last year.

Sitting in the Skagit County Courthouse in the middle of the so-called "valve turners," Ken Ward had this to say just hours before a jury decided his fate.

He testified Tuesday about the day he and four others shut off tar sands oil pipelines across the country.

"It was a fabulous opportunity to explain to the juror pretty succinctly why I did it. I put up a map of Skagit County, about a third of which will be under water in 2050. That's why I did it," Ward said.

The group of five climate activists closed emergency shut off valves. Ward was the first to go to trial. The judge denied his request to use a "necessity defense," which argues that the illegal action was necessitated by a greater, imminent danger.

Even before Ward and his fellow valve turners knew it would end with a hung jury, they were optimistic jurors would sympathize with what they did.

"Maybe not the whole jury, but I think some of them will have a very hard time finding Ken guilty," Leonard Higgins said.

Trans Mountain Expansion Project said a statement that they supported the efforts of authorities in the case.

"Kinder Morgan's top priority is the safety of the communities in which we operate and we are steadfast in our disappointment at the reckless actions of those involved that put both the environment and communities at risk,” Ali Hounsell, a Trans Mountain Expansion Project spokesperson, said in a statement.

The activists believe the threat of climate change poses a greater threat than what they did by breaking the law.

"We're the people on trial, but it's the fossil fuel companies that are the criminals," Annette Klapstein added.

After a half day of deliberation, jurors were unable to reach a decision. It could set a tone for the other four trials and how jurors view civil disobedience focused on climate action.

Ward's new trial date will likely be set next week.