Northern pike eat endangered salmon and steelhead. The predator fish are getting closer to prime territory in the Columbia River, threatening to sink millions of dollars in salmon recovery. 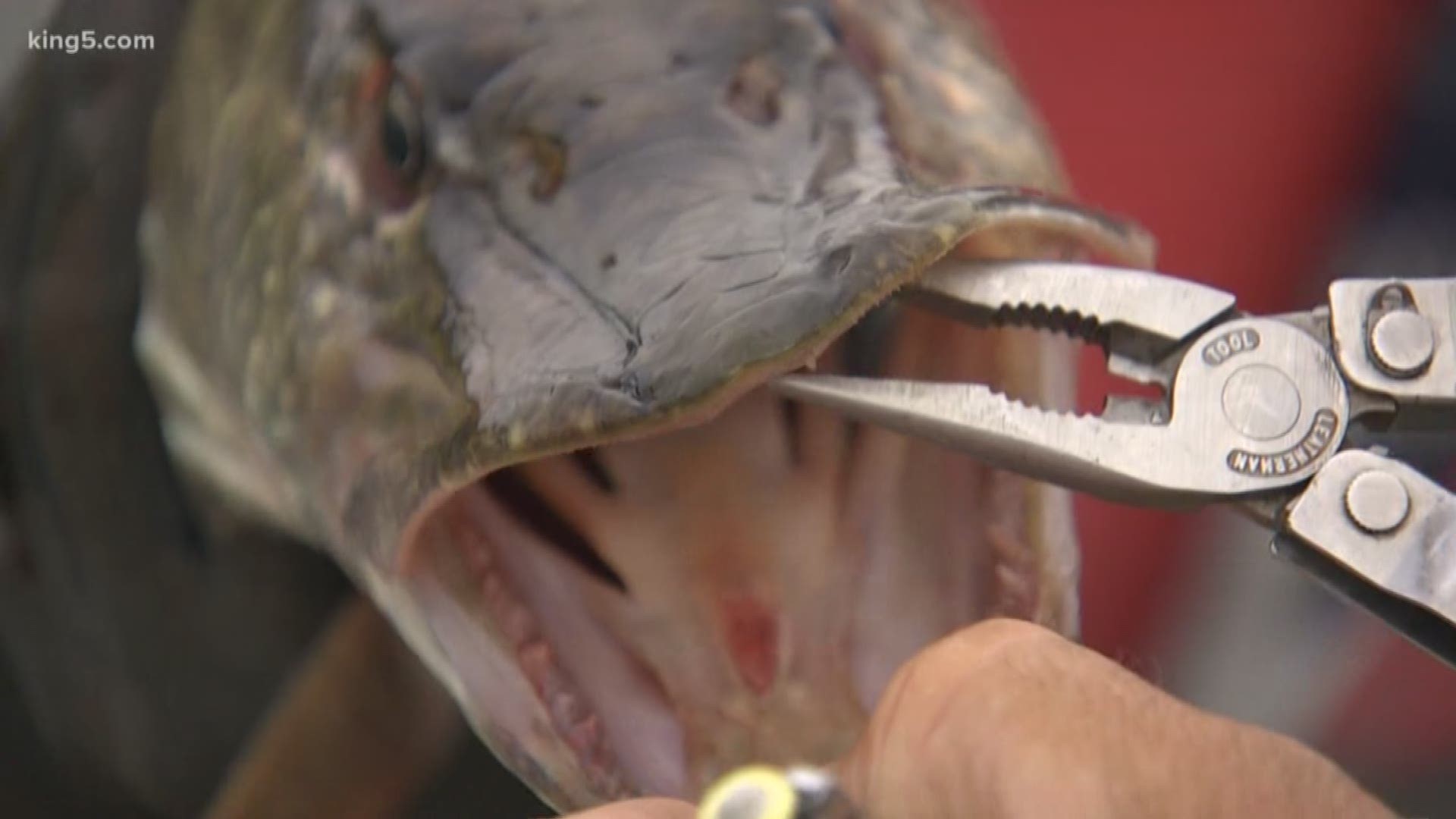 An invasive predator is threatening to sink millions of dollars in salmon and steelhead recovery, and it's inching closer to creating a crisis on the Columbia River.

That means the predator fish are now less than 10 miles from the critical salmon and steelhead in the Columbia River. In addition, the Spokane Tribe just caught their biggest pike ever, measuring 47 inches and weighing 27.5 pounds. The fish still have to make it through the dam and past Rufus Woods Lake before entering the anadromy zone, the place where steelhead and salmon return to spawn.

"We are at a critical moment in time where impacts to salmon and steelhead by northern pike can be fully prevented. The continued spread of northern pike will constitute an environmental emergency which will require swift action to slow down or stop. The Washington Invasive Species Council, Native American Tribes, state and federal agencies, provincial and regional organizations, and others are united in this effort, but more must be done - quickly," said Washington Invasive Species Council Executive Coordinator Justin Bush.

The collaborative northern pike suppression program by the Spokane Tribe of Indians, Confederated Tribes of the Colville, and Washington Department of Fish and Wildlife in Lake Roosevelt is not adequately funded to stop the spread. The likelihood of continued spread is high if not bolstered soon.

Northern pike have rows of sharp teeth and attack their prey by surprise ambush. They've been found with bats and mice in their gut. 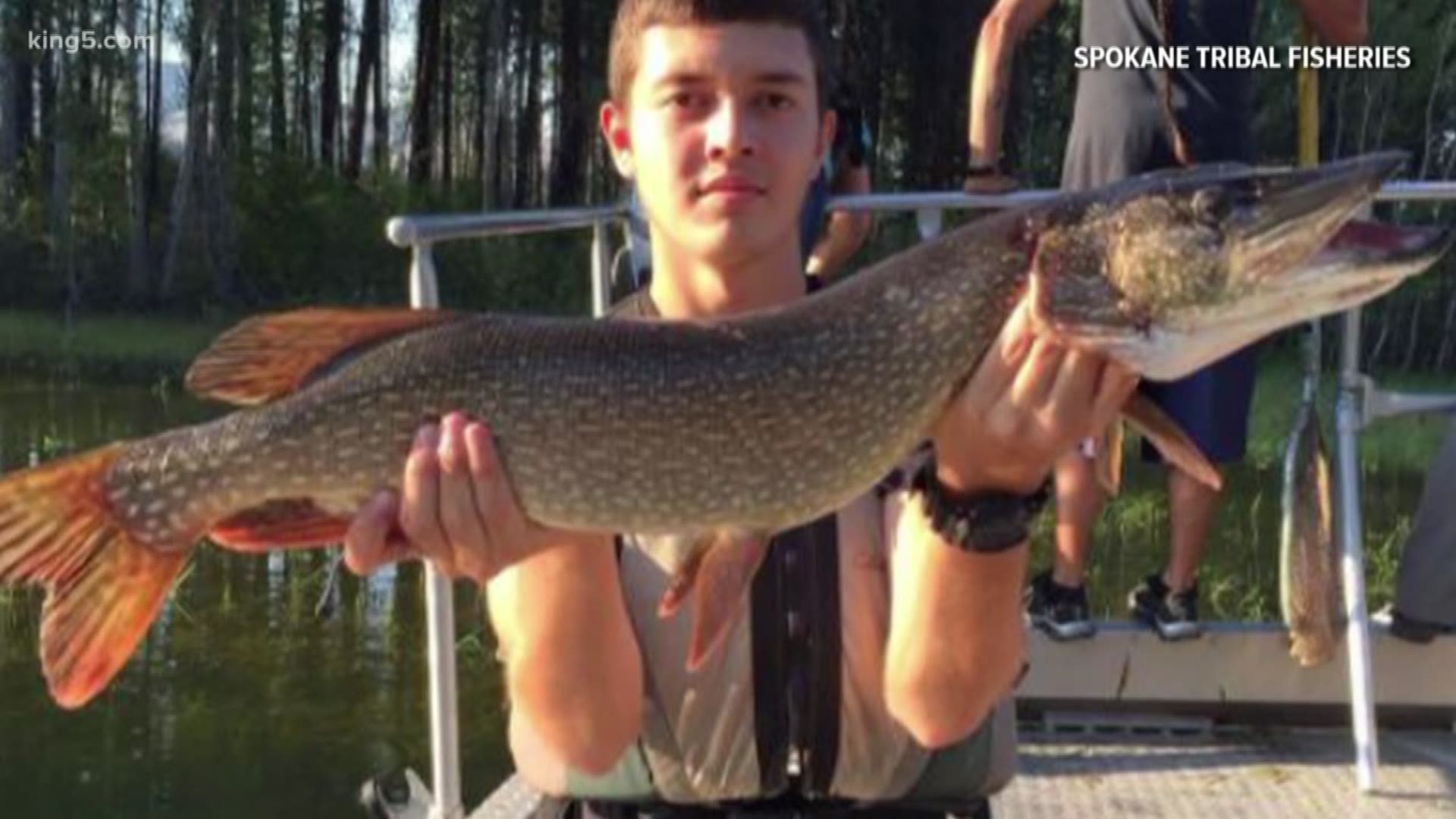 "Salmon and steelhead happen to have soft rays, so they are super easy to snack on. They're like a chicken tender instead of a fish with more spiky, spiny rays," explained Northwest Sportsman Magazine Editor Andy Walgamott. "We are trying to recover them, and we don't need an additional predator showing up and having to be fed."

Walgamott even offered $50 for the first three northern pike killed in Lake Washington, where they've also been spotted.

"If you come across one of these fish, do me a favor and just kill it. Just thumb it on its head. Don't move it around anymore. We just need these things dead. I am a pro-fish guy, but this is one fish that we don't need here," Walgamott said. "There is so much good habitat for Pike to make use of that there is a real danger that if it gets out of hand, that it could impact the numbers of smolts going through that lake. We already know that sockeye smolts are having a really tough time rearing in that lake with predation from other species."

The continued spread of northern pike threatens not only salmon and steelhead populations but also the Southern Resident Killer Whale population that feeds on Columbia River Chinook in the winter.

"Predation by northern pike also threaten regional power rates. If the loss of salmon and steelhead becomes widespread, Public Utility Districts will not meet their operating license requirements and have to expend money to mitigate the issue, which will be passed on to ratepayers," Bush said. "Continued spread of northern pike also threaten Tribal, commercial, and sportfishing harvest of salmon and steelhead in Washington and Oregon."

Bush says to address this issue at a regional scale, Washington State is working with the Pacific Northwest Economic Region (PNWER) and Northwest Power and Conservation Council to produce an economic analysis of potential impacts by northern pike. It will be used to advocate for increased state and federal funding to stop the problem.

The problem is a lot more expensive than the $50 bounty Walgamott is offering, but he says it's more the message than the money.

"I guess I just wanted to raise awareness about the problem and to tell anglers, 'Hey look, we don't need these fish. This is how serious this is. We don't need them here. Here's some money. Go kill them,'" said Walgamott.

The Washington Invasive Species Council recommends that all anglers in Washington state be on the lookout for northern pike. If caught, please keep and kill the fish. Report the catch, location, and send a photo to the council via InvasiveSpecies.wa.gov or the WA Invasives mobile app for smartphones.