Gov. Jay Inslee says Washington state intends to cut climate pollution by over 50% in the next nine years. 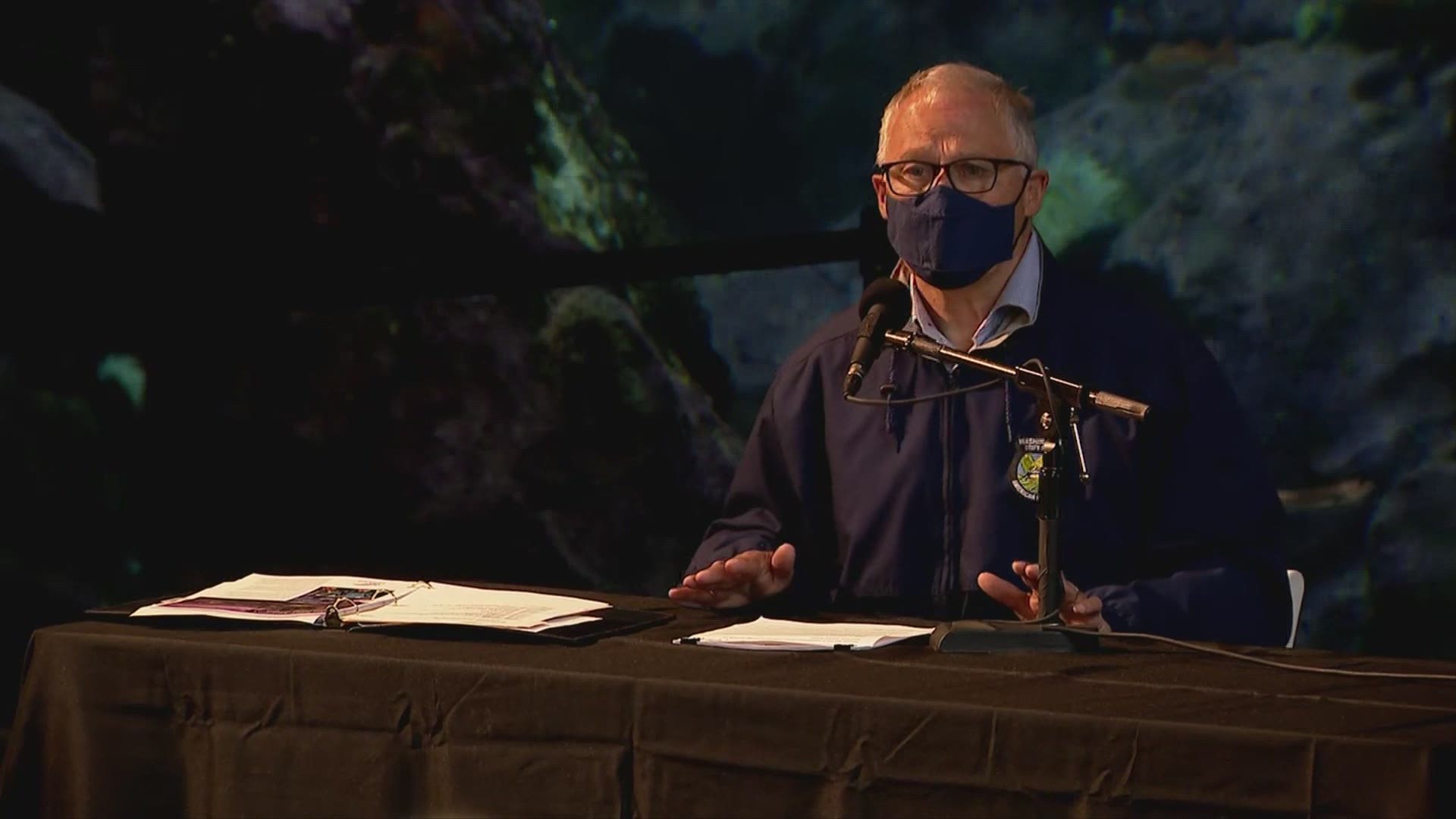 SPOKANE, Wash. — Democratic Gov. Jay Inslee has signed a series of bills designed to protect the environment in Washington and fight climate change.

He says the state intends to cut climate pollution by over 50% in the next nine years.

Inslee has been a strong advocate for the environment for years, and ran an unsuccessful campaign for president on those issues in 2020.

Washington will be the first state in the nation to enact a statewide “upon request” policy for single-use, disposable food service items like plastic cutlery, according to Inslee's office.

“We know that limiting single use plastics and how much plastic we use will decrease the demand for oil and move us toward a greater sustainable future,” Inslee said. “This bill also helps reduce plastic pollution reaching our beautiful beaches in our beautiful oceans and will protect the wildlife that is behind me.”

Dr. Joel Baker, professor of environmental science at the University of Washington, said the plastics law is a step in the right direction.

“We know from lots of studies of the issue that a lot of the plastic that ends up in the ocean is single-use consumer products, so cutting it off at the source is far more effect than trying to go out on a boat and pick up all the trash, or even beach cleanups,” Baker said.

Plastics in the ocean and waterways are a growing threat. And while Washington’s impact on this national and global problem may be relatively small, Baker said, it’s still important.

“Is it big enough to turn the needle, globally? Probably not. But leadership's important, right?” he said. “And you sort of have to take care of your own backyard before you lead by example.”

Finally, Inslee finished the day at Shoreline Community College and signed three pieces of his climate priorities package, they include:

“We are signing into law a package of climate legislation that will implement the most ambitious policies in the nation to reduce emissions and address environmental justice in our overburdened communities. But it’s not just ambitious — it is the level of ambition necessary,” Inslee said. “We have seen the science and have accepted the reality of our charge. We have defeated the fear-mongering and embraced both our responsibility to act and the tremendous opportunity that building a clean future brings.”

The governor did sign partial vetoes on sections of SB 5126 and HB 1091, which drew ire from his own Democratic party.

Under the final plan sent to the governor, lawmakers needed to come up with a transportation funding package in order for the state's new clean fuel standards and carbon cap program to take effect. But the governor vetoed those sections.

Lawmakers said the requirements were part of a bargain they reached to pass the bills in the first place.

“This sets a chilling precedent and poisons the well for all future negotiations on virtually any tough issue," Sen. Mark Mullet, D-Issaquah, said in a statement. "When it comes to the governor’s top priorities in the future, he should expect a more hostile Legislature if this is the path he wishes to take."

“Washington Courts have consistently held that as a co-equal branch of government, the legislature is responsible for drafting laws and the executive branch is responsible for implementing them," said Washington House Speaker Laurie Jinkins, D-Tacoma. "The Constitution provides the governor only limited powers to veto legislation. The governor’s partial veto today of HB 1091, the clean fuel standard bill, reaches beyond his constitutional powers and we will ask the Washington courts to again rule on the balance of legislative and executive branch powers.”