A new farmers’ market in Enumclaw is helping local farmers sell their good directly to the public. 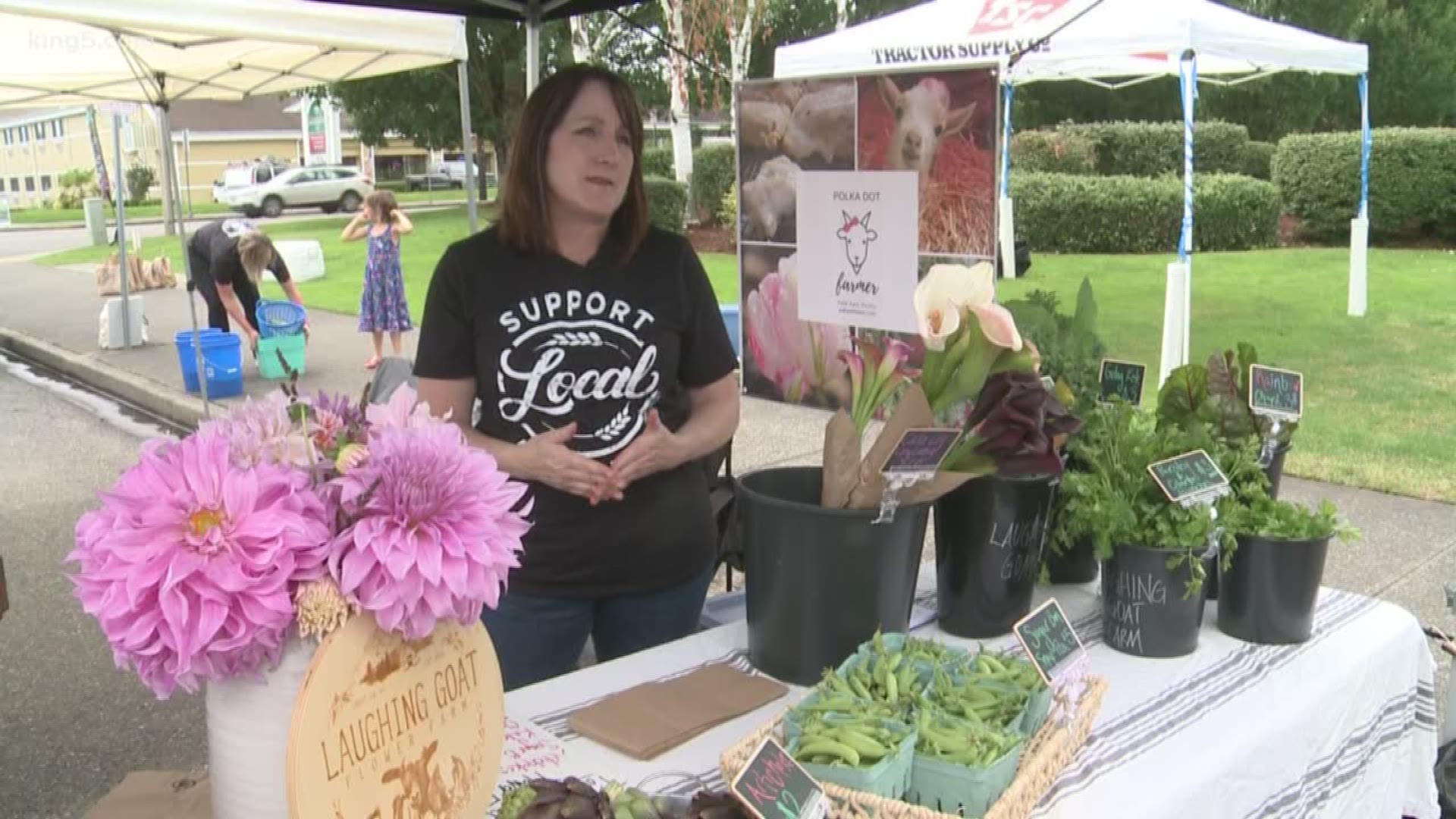 ENUMCLAW, Wash. — When Liz Clark moved to Enumclaw 16 years ago, there hadn't been a farmers' market in several years. At the time, she only had a horse. Now, she's a goat farmer.

Recently, Clark and her peers decided the area needed a place for local farmers to sell their goods directly to consumers.

That's how the Enumclaw Plateau Farmers' Market launched in June. It now has 37 vendors.

"We have two fiber farmers that are sheep and alpaca. We have local pork, beef, eggs, milk," explained Clark, the farmers’ market manager. "All of our farms here, with the exception of one, are within 10 miles of downtown Enumclaw. They are all mostly on the Enumclaw plateau."

For new farmers, it offers the option to have a consumer market readily available, while avoiding the lost profit that comes with selling to grocery stores.

"That is why a lot of farmers are going out of business. They can’t sustain the cost of raising organically raised meat, milk, and eggs and non-GMO products. You can’t sustain that cost without an outlet to be able to sell those things," said new farmer Sally Mildren, who recently started Polka Dot Farmer.

The average age of farmers in King County is 58. The county has made it a goal to add 25 new farmers every year to maintain a regular source of local food.

But that’s not an easy task as development and population growth increase the cost of land and push farmers farther away.

"The rural side of King County is getting smaller. By incorporating more farmers’ market in King County, we are allowing more farmers to actually potentially make a living through farming," said Board President Lisa Smith.

The Enumclaw Plateau Farmers' Market is located at 1600 1st Street in Enumclaw. It is open every Thursday from 3 – 7 p.m. from June through September.