Crews to set at least 1,200 Asian giant hornet traps across Washington this summer 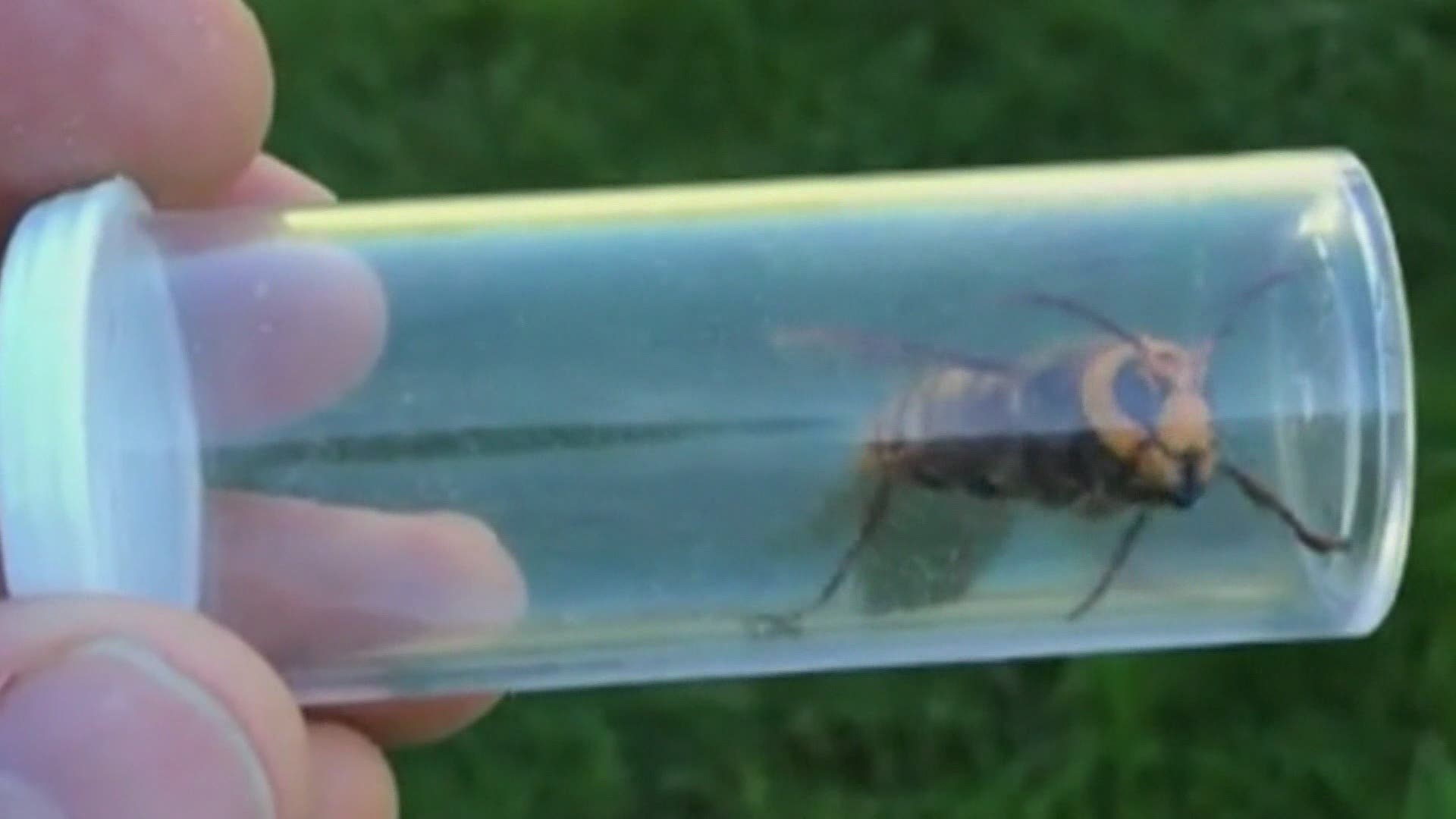 SEATTLE — Although crews with the Washington State Department of Transportation (WSDOT) are used to battling invasive vegetation and weeds along state highways, they’ll be adding to their list of nemeses in July when they begin to set traps for the infamous Asian giant hornets.

WSDOT announced Wednesday that it, along with the Department of Agriculture and other agencies, will begin to set at least 1,200 traps in places across Washington, with the transportation department focused primarily on highways in the northwest part of the state.

The hornets, found in Blaine near the U.S.-Canadian border in December 2019, are still at large in the state and pose a major threat to honeybees as well as native hornet species. While not particularly aggressive toward humans, an Asian giant hornet sting is extremely painful and can leave a scar.

The particular traps going out this summer will be placed at least 6 feet high on trees near edges of forests. They are simple, requiring a plastic bottle filled partially with ingredients like orange juice, rice wine or brown sugar.

Credit: Karla Salp, Washington State Department of Agriculture
Crews will be putting out and monitoring traps like these in search of Asian giant hornets.

WSDOT crews will be able to check on the traps weekly during other normal tasks such as maintenance and preservation work.

The most recent play in the fight against the Asian giant hornets came on Wednesday when the Department of Agriculture was able to place them on the list of quarantine pests.

This gives the state more tools to help eradicate the invasive species by allowing the department to declare any land within 20 meters of a nest a restricted “infested site” even if it sits on private property. This restricts all access to the area unless authorized by the WSDA.

The new tools go into effect on July 3.