A cougar was captured touring Ephrata, and another led to a trail closure near Baker Lake. While cougar attacks are rare, they can be deadly. 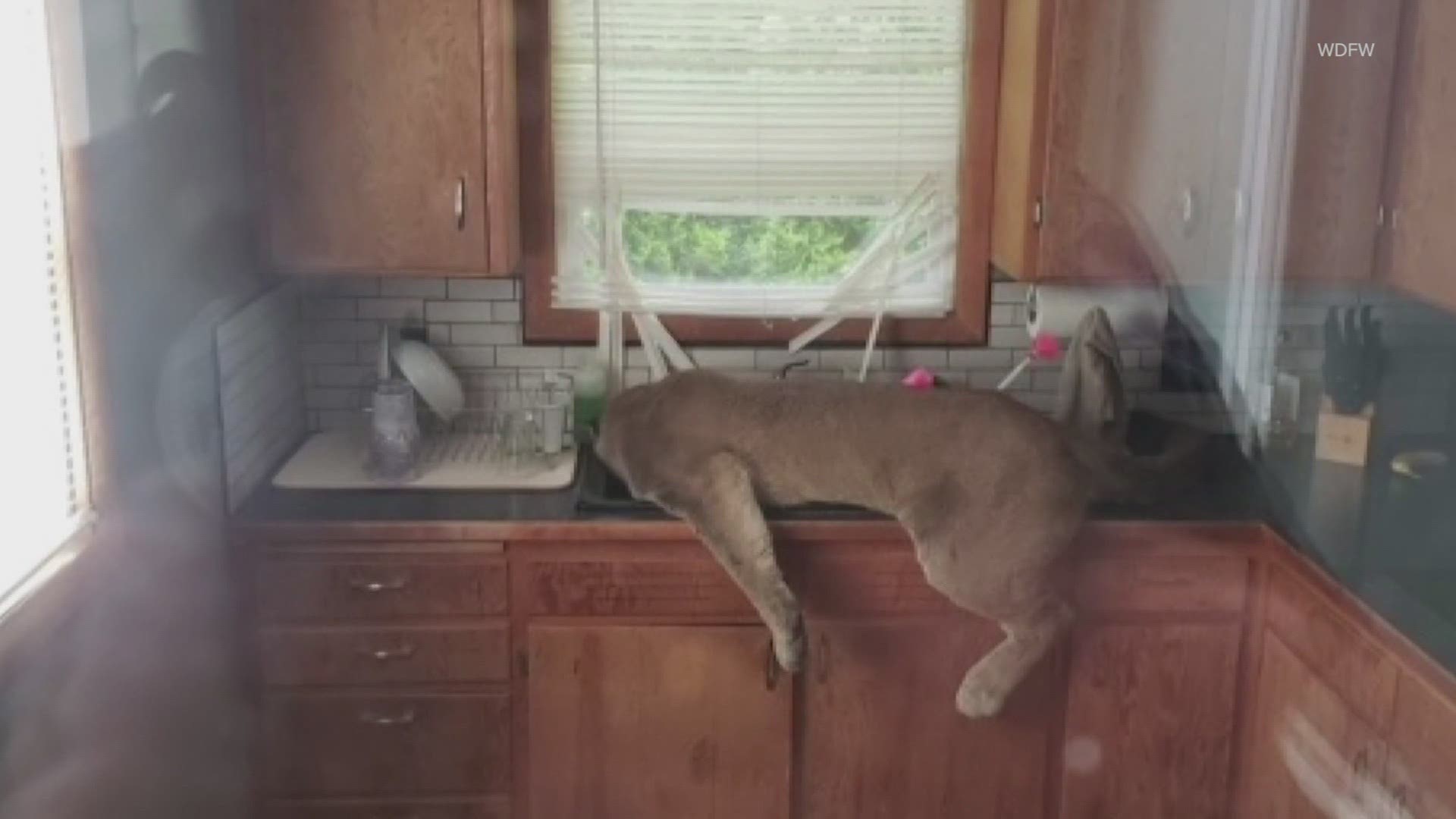 SEATTLE — Several Washington cougar sightings have led to closures and a capture in recent days.

A cougar was spotted running through the streets of Ephrata in Central Washington. The 130-150 pound male eventually ended up in someone's home, where it was tranquilized by Washington Department of Fish and Wildlife and relocated to a remote part of Douglas County.

"It ended up being a good situation, that we were able to capture that animal and relocate it and no one was hurt," said Sam Montgomery of WDFW. "And the animal wasn't hurt. So it ended up being actually quite a successful operation for an unusual day."

It's not the only animal causing trouble for humans. Mt. Baker-Snoqualmie National Forest has closed the popular Baker Lake Trail and campgrounds on the east side of the lake, citing a cougar that wasn't easily frightened by humans.

"USDA Forest Service staff are coordinating with Washington Department of Fish and Wildlife biologists in assessing the situation," Rangers wrote.

Cougars are rarely spotted, but fairly common in Washington. Officials believe about 2,000 of the animals call the state home.

Attacks are rare, but can be dangerous. Back in 2018, a cougar attacked a pair of cyclists outside Snoqualmie, killing one and injuring another. It was believed to be only the second such attack in a century at the time, though since then, a child escaped an attempted attack in a Leavenworth park in 2019.

Still, recent incidents are a good reminder to be prepared when living and hiking in cougar country. If you encounter one on a trail experts say do not run, because it can elicit a prey response.

The Forest Service warns if you are attacked, fight back, and try to stay on your feet. The agency shared the following tips: