A state investigation found the August net pen failure could have been preventable if Cooke Aquaculture had properly maintained the nets. 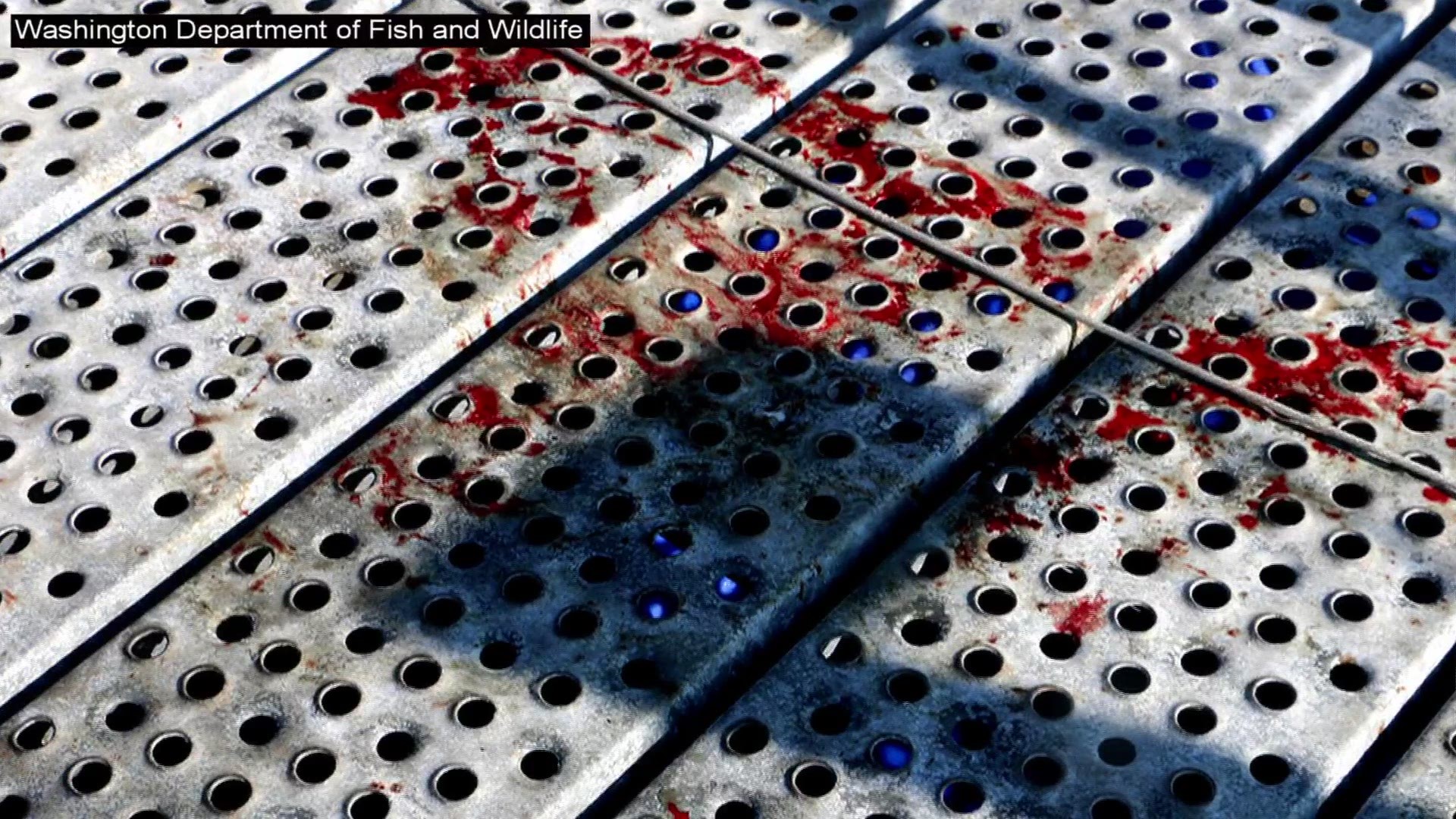 Cooke Aquaculture was fined $332,000 for the negligent release of thousands of Atlantic salmon in August, the state Department of Ecology announced Tuesday.

The department says Cooke violated its water quality permit leading up to and during the net pen collapse near Cypress Island where about 250,000 non-native salmon were released in the Salish Sea. Previous estimates, based on Cooke's reports, put the number of escaped fish at 160,000, according to the Department of Fish and Wildlife.

“This investigation confirms Cooke Aquaculture was negligent in operating its net pen,” Ecology Director Maia Bellon said in a statement. “What’s even worse is that Cooke absolutely could have – and should have – prevented this incident.”

State Ecology Director Maia Bellon says Cooke Aquaculture knew there were problems w/net and should have made repairs before August salmon release. pic.twitter.com/FMsljoA0ok

The net pen was damaged in July, and Cooke made “shortcut repairs” while underrepresenting the severity of the damage to regulatory agencies, according to the department.

Clean nets weigh less than two tons, but the investigation found each of Cooke’s 10 nets weighed more than 11 tons due to an excessive buildup of mussels, seaweed, and other marine life.

The state says this increased drag on the nets from currents and overpowered the anchoring system, likely causing the July damage and net pen failure in August.

“The collapse was not the result of natural causes,” Commissioner of Public Lands Hilary Franz said in a statement. “Cooke’s disregard caused this disaster and recklessly put out state’s aquatic ecosystem at risk.”