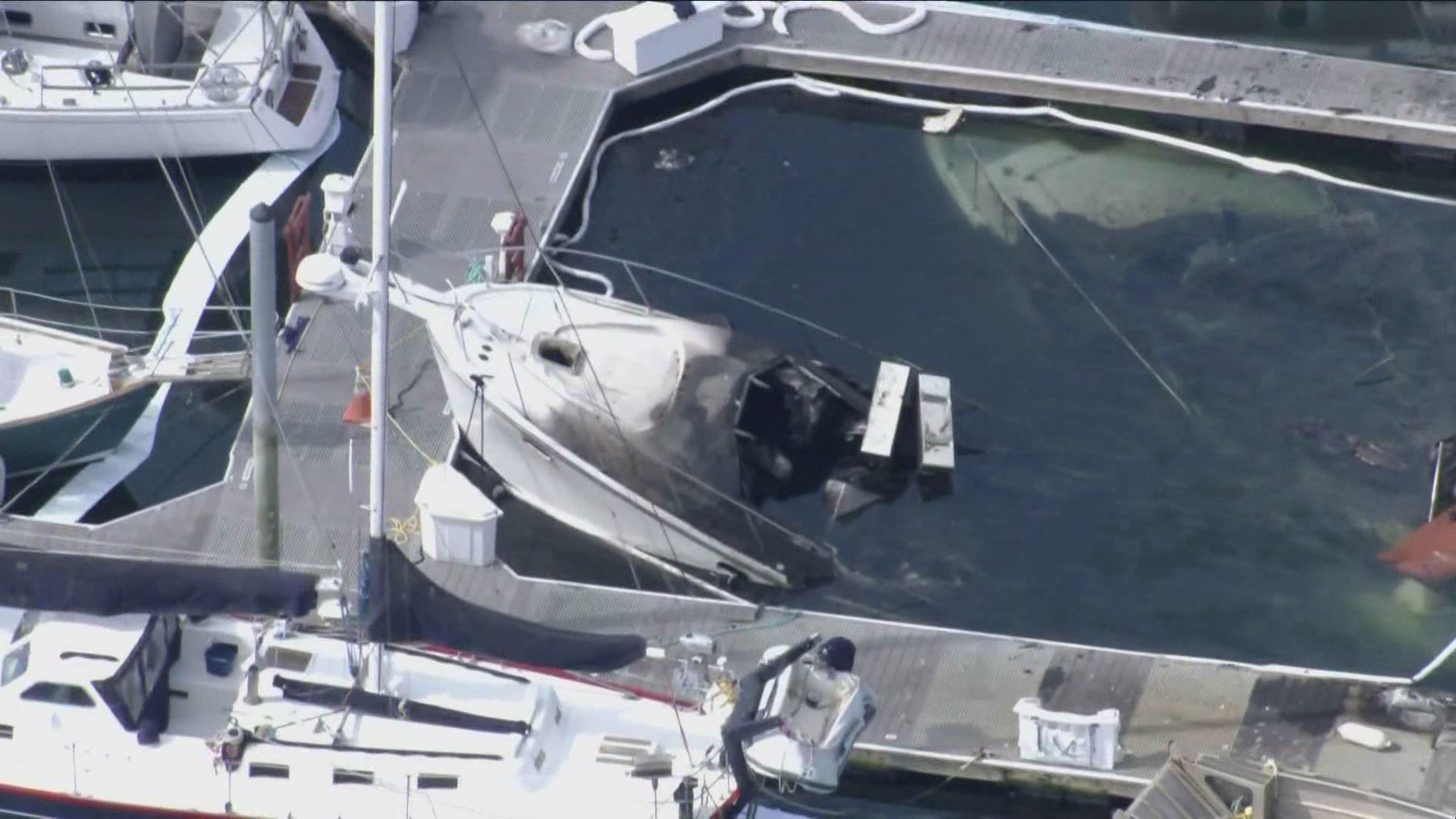 Crews from the Coast Guard, Tacoma Fire, and Vashon Island Fire responded to the yacht club after getting calls at 4:16 a.m. Monday that two vessels were on fire. Two, 40-foot yachts caught fire and sank, according to the Coast Guard.

Department of Ecology crews also responded due to a gasoline and diesel sheen visible in the water. A helicopter aircrew reported a 60-foot by 120-foot visible sheen in and around the marina.

"The Coast Guard and our port partners are working with the vessel owners to mitigate impact on the environment and to remove pollutants and the vessels from the waterway," said Lt. Cmdr. Brett Ettinger, chief of incident management at Sector Puget Sound, in a statement Monday.

Clean up operations will continue, but a previous 500-yard safety zone that was established is no longer being enforced.

The cause of the fire is unknown. No one was injured in the incident.

We are responding to two vessels that caught fire and sunk at Quartermaster Harbor on Vashon Island. Gasoline and diesel sheen in the water. @USCGPacificNW on scene as well. pic.twitter.com/P2WWUQ6mdj 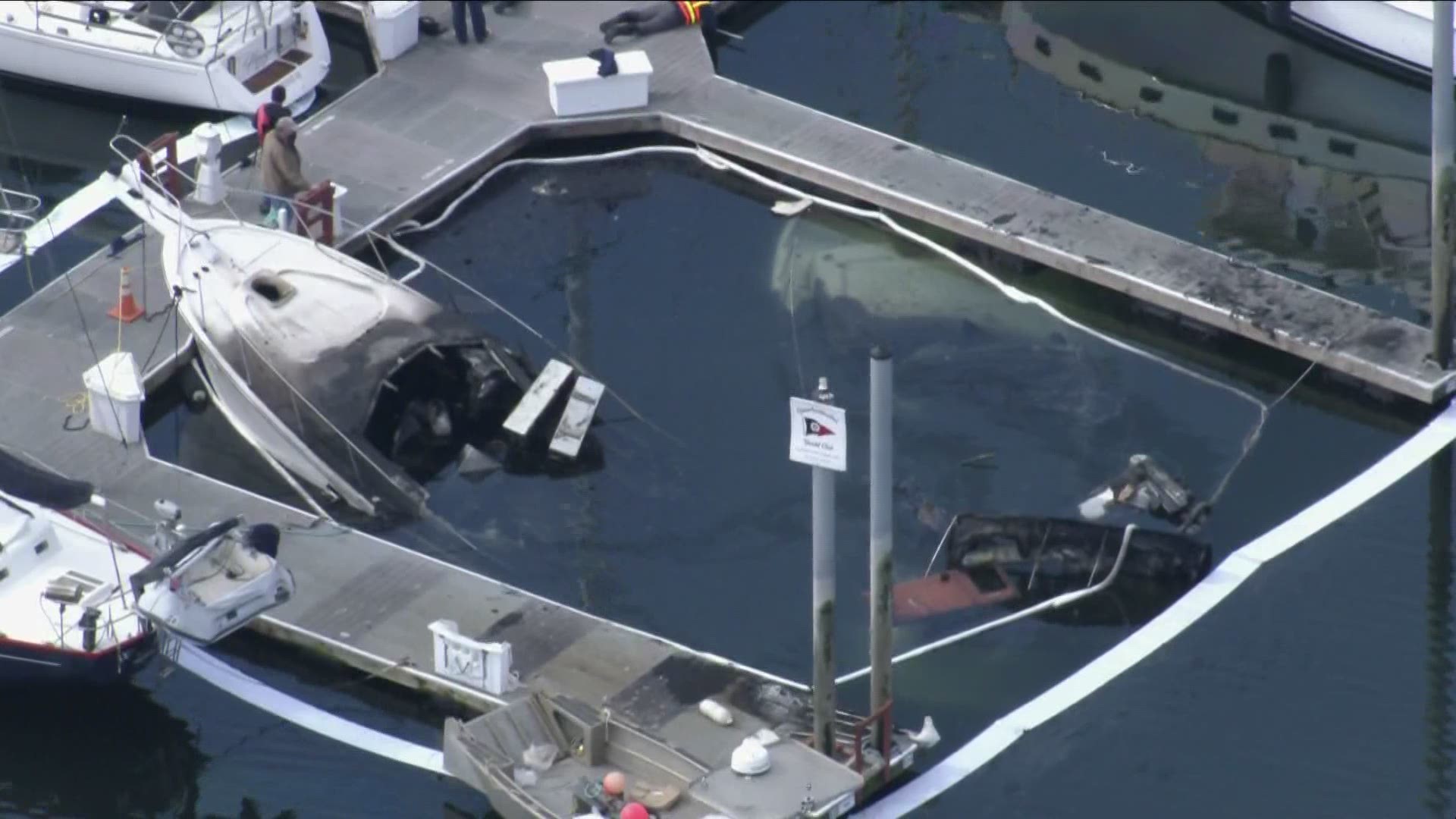