Company searching for 'Holy Grail' of energy in Everett

The Helion Energy power plant is expected to have positive implications for the region's air quality and clean energy production. 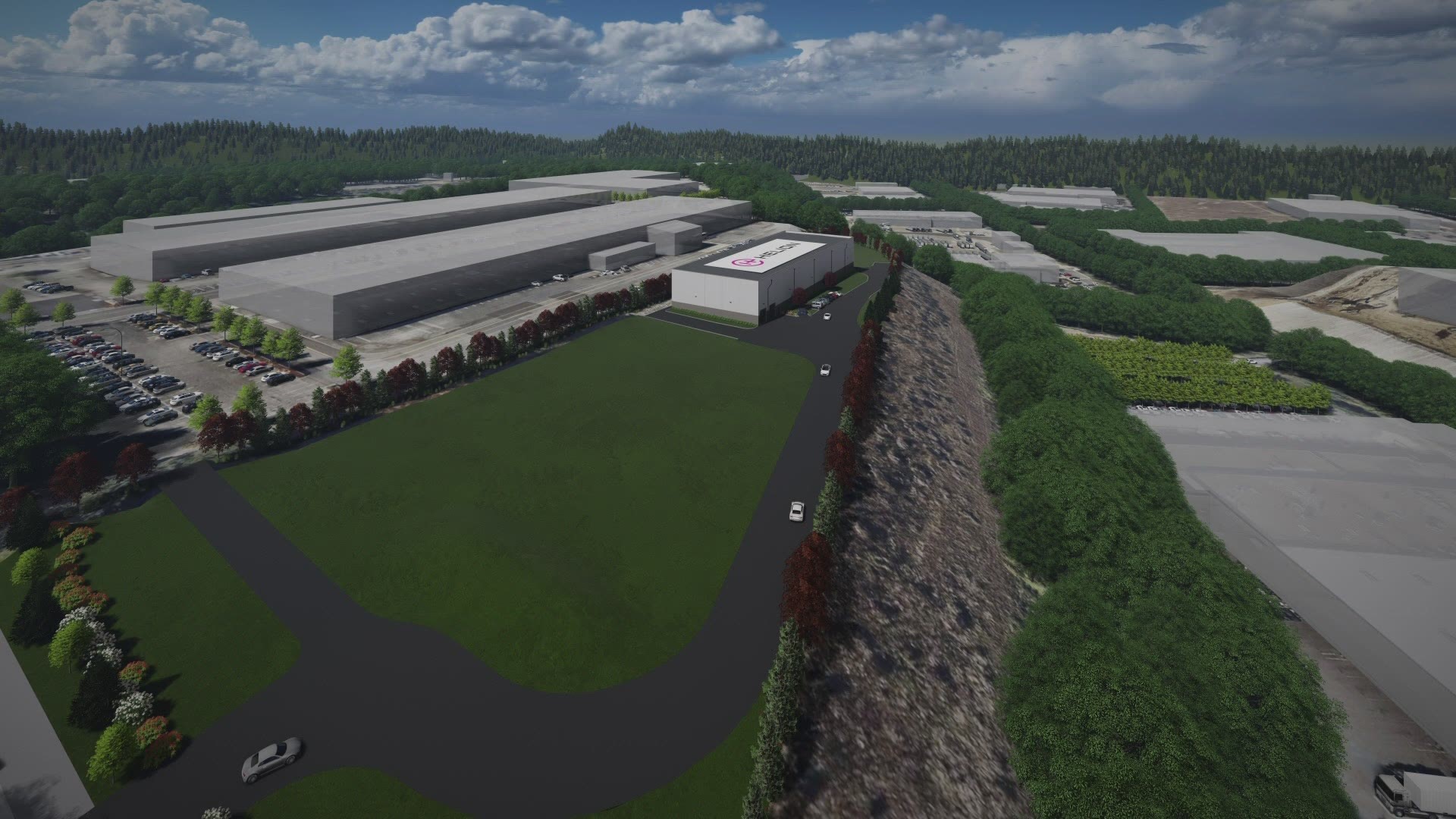 Inslee was joined by Everett Mayor Cassie Franklin and Helion Energy CEO David Kirtley, the company behind the new facility.

Helion Energy said the facility would use a zero-carbon non-ignition fusion technology to produce affordable power that is flexible and scalable, bringing long-term jobs in the science, tech, engineering and mathematics fields.

The fusion technology, according to Kirtley, works similar to how a star produces energy by fusing hydrogen and helium under a large amount of pressure.

In the simplest terms, Helion plans to take two atoms from what's called "heavy water," smash them together at temperatures ten times hotter than the sun to make energy that will power our world -- with no waste, no radiation, no carbon.

"We’re seeing the birth of a new clean energy industry right here in Washington," Inslee said. "This promise that is Helion could be, when they make this work, world-shaking."

Inslee called Helion an example of an "economic ecosystem" that Washington is building for clean energy.

"This is the holy grail of atomic energy because it is clean," Inslee said. "It produces fusion power, not fission power. It does not produce nuclear waste."

The new facility, dubbed Polaris, will house the company's generator facility by early 2022.

Franklin said that the facility hopes to hire as many as 100 workers over the next few years with the potential for many more workers beyond that.

The plant will also have positive implications with its non-ignition fusion method for Everett and the surrounding area in terms of air quality, something that's been scrutinized after recent incidents involving another energy company in the region.

The Shell Oil Company was recently fined $60,000 by the Northwest Clean Air Agency (NWCAA) for incidents in the fall of 2020 related to its Puget Sound Refinery in Anacortes.

According to the NWCAA, in August and September, the refinery experienced flaring events that caused a harsh smell to persist throughout Anacortes and more than the allowable visible emissions to be released into the air.

Odors and smoke traveled downwind over the Swinomish Indian Tribal Community lands. The tribe released a statement Tuesday, saying in part, “The toxic pollution was felt by, and sickened, multiple Tribal community members and Reservation residents, some of whom had to seek medical treatment.”

Initially, Kirtley said the company will work to produce energy to support its own growth as well as fill a gap in quantum computing with Helion's unique ability to produce Helium 3, a rare type of helium that is more efficient and safer in producing energy.

At the groundbreaking, KirtIey held up a half-liter of heavy water and declared, "In here is enough electricity in a fusion system to power a home for 800 years."

The new Helion Energy power plant in Everett is located just east of the Boeing campus near the Evergreen neighborhood.

Considered the "Holy Grail" of energy, government scientists have been trying to create fusion energy since the 1950s.

Now, though, private investors are getting involved, calling this a "Space X moment" and launching energy production into a new frontier the government couldn't conquer.

"A lot of these companies are trying to do it in 5 or 10 years. That's a tall order, but if they're successful, it's going to change the face of energy for the whole planet," Hansen said.

Asked when the system will actually start producing electricity, Kirtley was cagey, declining to offer specifics, but he believes it is within his grasp.

"This is a critical time in humanity's future," Kirtley said. "We have a chance to enable a carbon-free power economy." 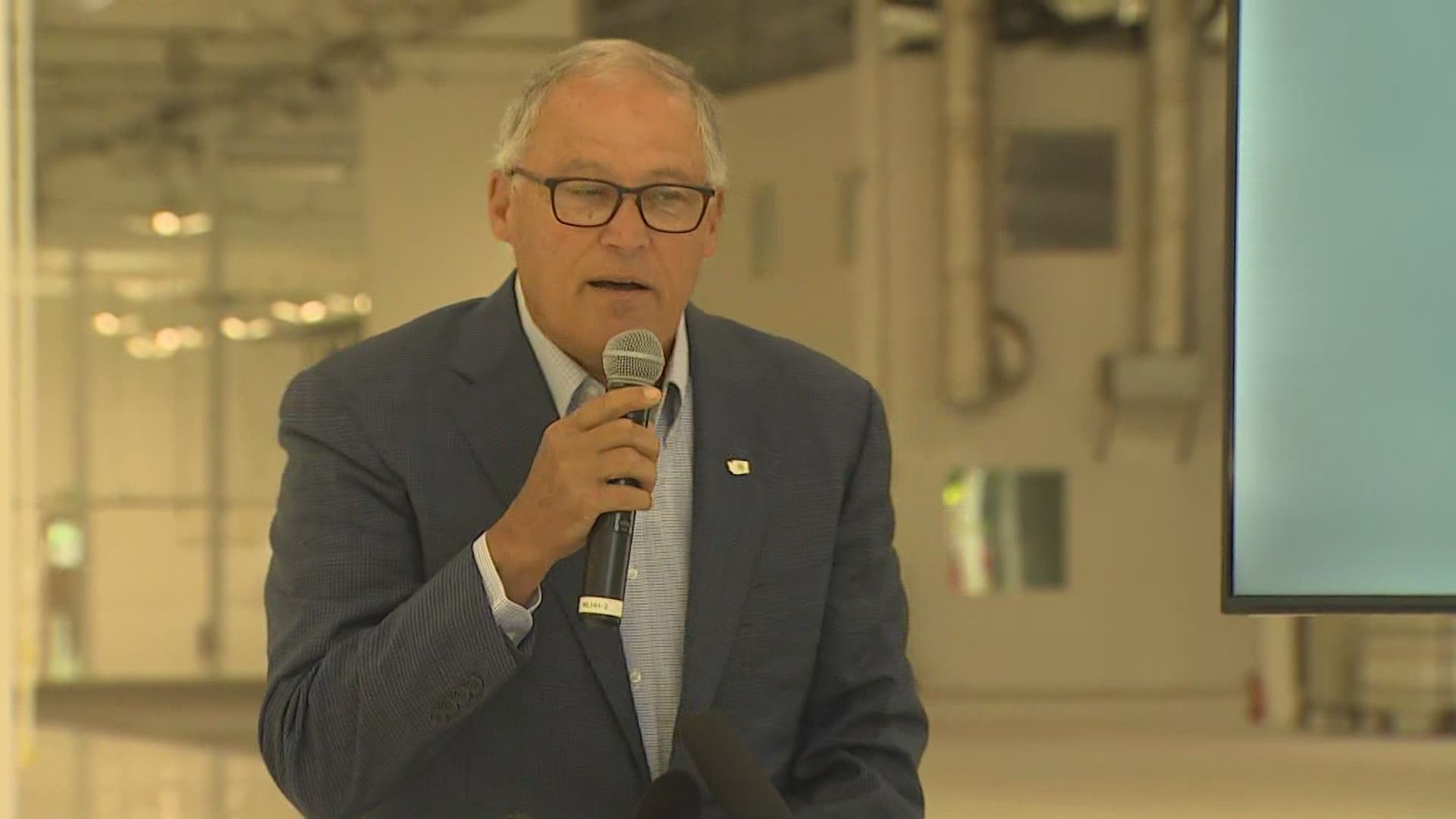