Claims that protesters were sprayed by chemicals near Port Townsend are false, official says

PORT TOWNSEND, Wash — A months-long battle to stop the spraying of herbicides over tree farms in Kitsap County progressed to Jefferson County on Monday.

Cell phone video given to KING 5 by protestors shows a helicopter flying near them. The group was on the road outside Pope Resources timber stand about .6 miles from City Lake, the drinking reservoir for Port Townsend.

"We were under the impression that they would not spray people who are there. That if they saw people on the ground, they would not be spraying us and they were," said Lissy Andrews.

Andrews was one of the protesters on site Monday, but says she left as the helicopter approached.

"I felt that it was too dangerous at that point as the chopper came closer and closer to us, the drift was hitting us, although the chopper was not directly over our heads," she said.

The group of protesters began their battle months ago — hoping to stop Pope Resources from spraying herbicides like RoundUp over tree farms. 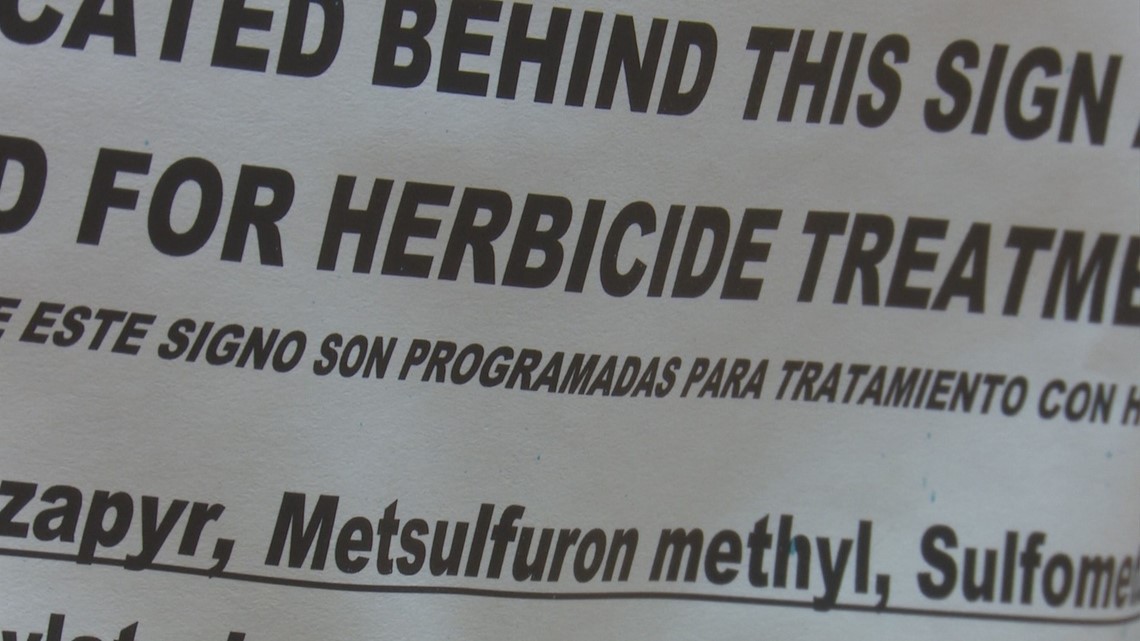 Pope tells KING 5 they sprayed outside the watershed: "In addition to complying with the regulations, we voluntarily notify all residents within 1,000 feet of the aerial operations."

A state forester on-site also tells KING 5 no one was sprayed.

“They were not sprayed,” said DNR Forest Practice Forester Ross Goodwin. “The helicopter started its passes down the slope and they left the site.”

David Baker was also among the protesters and took cell phone video. Some protesters brought hazmat suits and respirators.

"And it's not a liquid like we might put in a crack to kill a weed. It is aerated. It's coming as a mist. It went right into my lungs. I am sure I had a lot of it in my body and maybe still do," Baker said.

"Pope Resources is aware of the allegations made by a few individuals who claim to have been exposed to herbicides during our application on August 19, 2019. Anyone who believes they have been exposed should report the incident to the Washington State Department of Agriculture's drift control hotline and WSDA will conduct an investigation."

"With respect to the claims of damaging impacts to the water supply, the herbicides we use, when applied according to the applicable regulations pose no risk to human health or the environment. Our application was approximately 0.6 miles away from City Lake and outside of the watershed."

The Washington Department of Agriculture licenses pesticide applicators and registers all pesticides used in the state.

"In this instance, I can confirm we received a complaint that a pesticide application drifted on some people at a location near Port Townsend on Monday. We are currently investigating that incident," said WSDA Spokesperson Hector Castro. "We also had an inspector monitoring the operation on Tuesday at the request of the company. The inspector is currently drafting a report on that operation but it won't be complete for a few more weeks. Part of that inspection report involves analyzing foliage and water samples near the site of the pesticide application and it takes time for that lab work to be completed."

The Department of Natural Resources is the permitting agency for herbicide application on forest lands, responsible for determining the rules for each permit.

"I ran it back down the hill trying to get all of the people at the bottom of the hill out of there," Ellen O'Shea said.

O'Shea has filed a complaint with the Washington Department of Agriculture, but she and others say it was worth the risk.

"If you saw a bullet coming at your family, would you step in front of it? So yeah like that," Baker said. 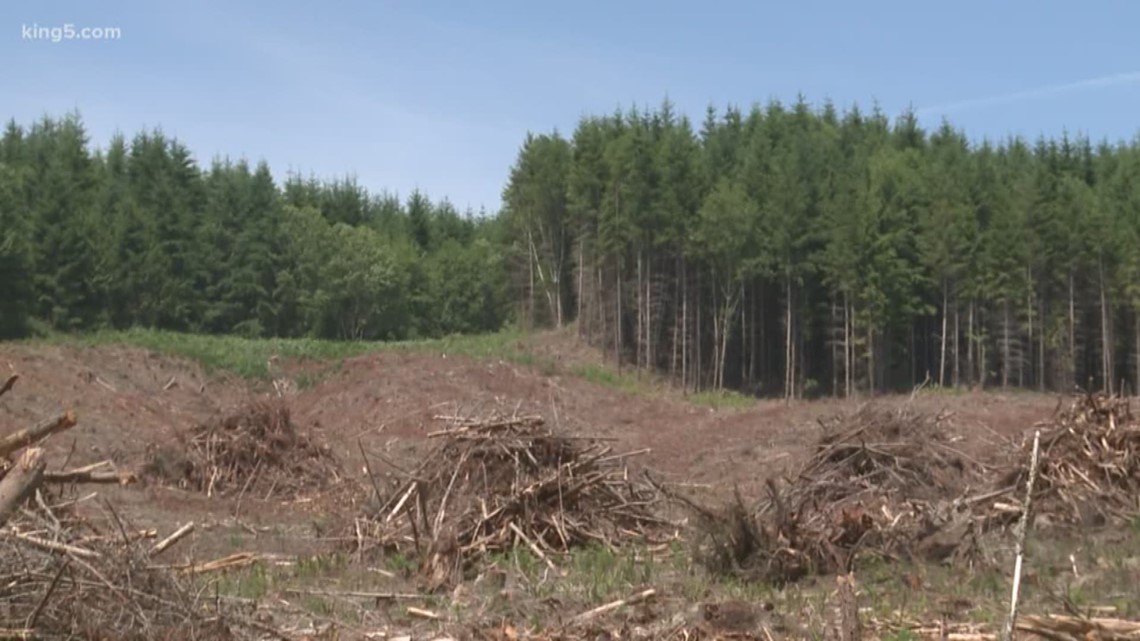 Kitsap County restricts use of Roundup weed killer on public land
POULSBO, Wash. - Kitsap County recently passed a resolution to stop the government from spraying glyphosate, or RoundUp, on public land, except to deal with noxious weeds. The product is regularly used after clear cuts on timber farms and often sprayed from helicopters or airplanes.