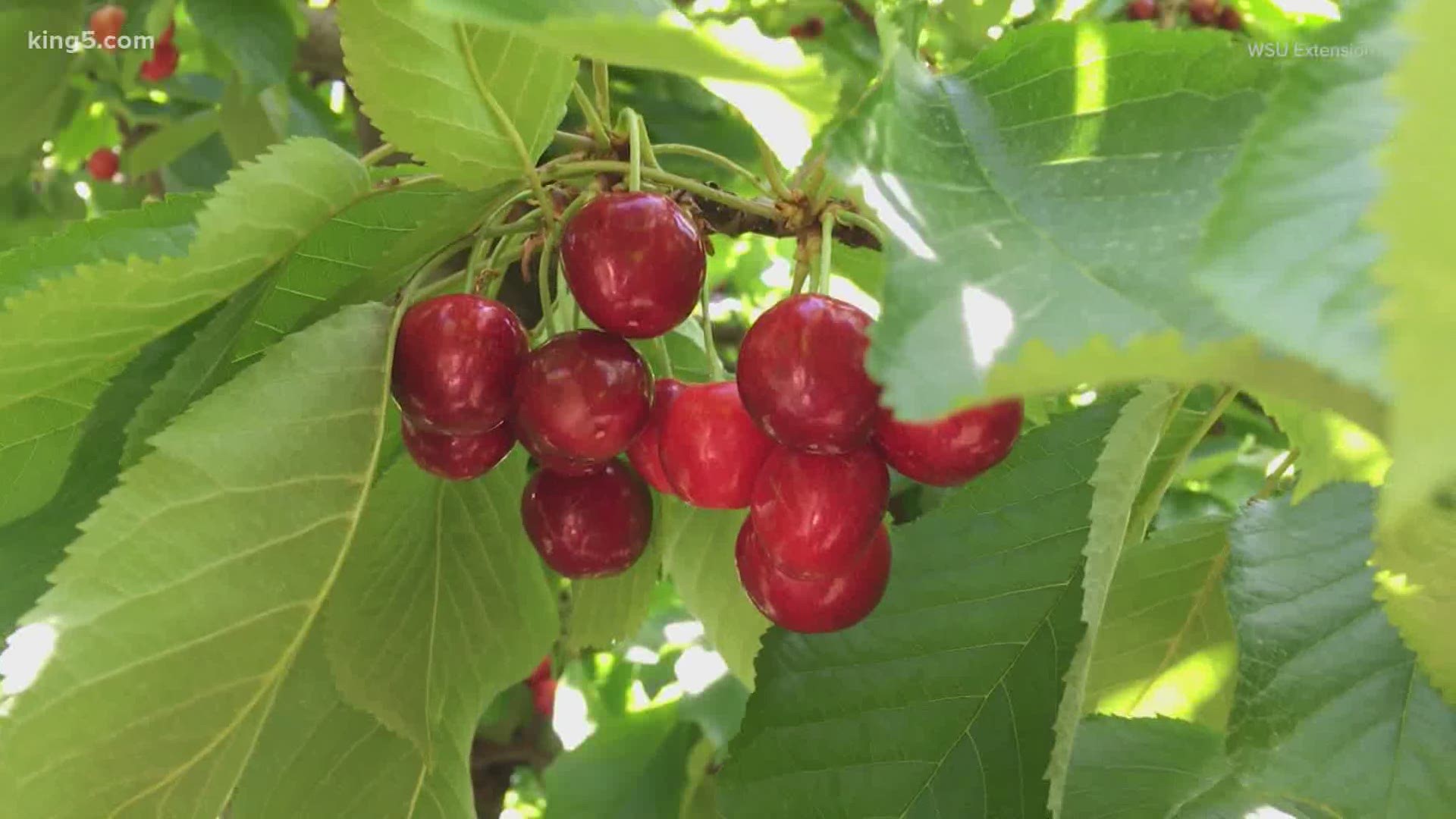 Cherry growers are trying to stop the spread of a disease that can decimate their crops, known as “little cherry disease.”

Trees with little cherry disease produce a small, pale, lower-sugar fruit that can’t be sold. Northwest Cherry Growers, an industry group, expects the loss of 2.5 to 3 million boxes of fruit this year because of the disease.

“Little cherry disease is something we’ve been working on for years now,” said James Michael of Northwest Cherry Growers. “It’s become more of an issue especially in the last two to three years.”

Frost impacted the crop this year as well, he added.

The group represents producers in Washington, Oregon, Idaho, Utah, and Montana, he said, but the majority of output comes from Washington. An average crop is around 20 million, 20-pound boxes, he said.

Impacted growers are struggling, Michael said. Trees impacted by the disease must be cut down to stop the spread. Whole orchards in Washington have had to be removed, he and Washington State University experts said.

It can be spread by leafhoppers, mealybugs, and grafting trees, experts say.

“There’s no cure,” Michael said. “So it creates a challenge for growers. You’re looking at planting a tree, it takes three years to get that tree up to production, aside from the cost of cutting out and removing everything, quarantining those trees in the area. So really, you’re looking at five to six and up years before you can be getting cherries off that piece of land.”

“It’s definitely a big concern,” said Tianna Dupont, of WSU Extension in Wenatchee. “We’re seeing infected orchards from Oregon all the way up to Brewster, almost to Canada.”

Dupont was out at an orchard in Central Washington Tuesday, looking for trees that showed signs of the disease. She said it can be difficult because the stunted cherries can easily be confused for one that just isn’t ripe yet if surveying is done too early. That makes the disease tough for producers to spot until just before harvest.

To help them identify it, WSU is sharing education materials here.

Dupont said of about 7,000 samples tested at their lab last year, 38% tested positive. 28,000 trees have already been removed in Washington, she said, and they know that to be an under-estimate.

Neither she or Michael expected a shortage of cherries in stores this year. The forecast is still for a harvest of about 20 million boxes, but they do worry what the disease could do unchecked to the iconic northwest crop.

WSU said the first major epidemic in the region devastated the Kootenay valley in Canada in 1938 and its cherry industry.

“Unfortunately, we don’t know why it’s starting to become more of a problem in the last few years,” she said. “It tends to cycle.”

Containing it parallels methods used on the coronavirus, Michael said.

“It’s flattening the curve, we’re trying to stay ahead of this as an industry, try to keep the pockets where we’ve seen it isolated,” he said.

Though he said the impact on growers is ‘heartbreaking,’ he hopes people will continue to support them as the product hits grocery stores in the coming weeks. The first harvests began Tuesday, he said, with later producers following soon after.

“They’re working hard to keep cherries on the shelves,” he said.