TransAlta is the only coal-burning power plant in Washington state. As part of 2011 legislation to reduce emissions, it must stop burning coal completely by 2025. 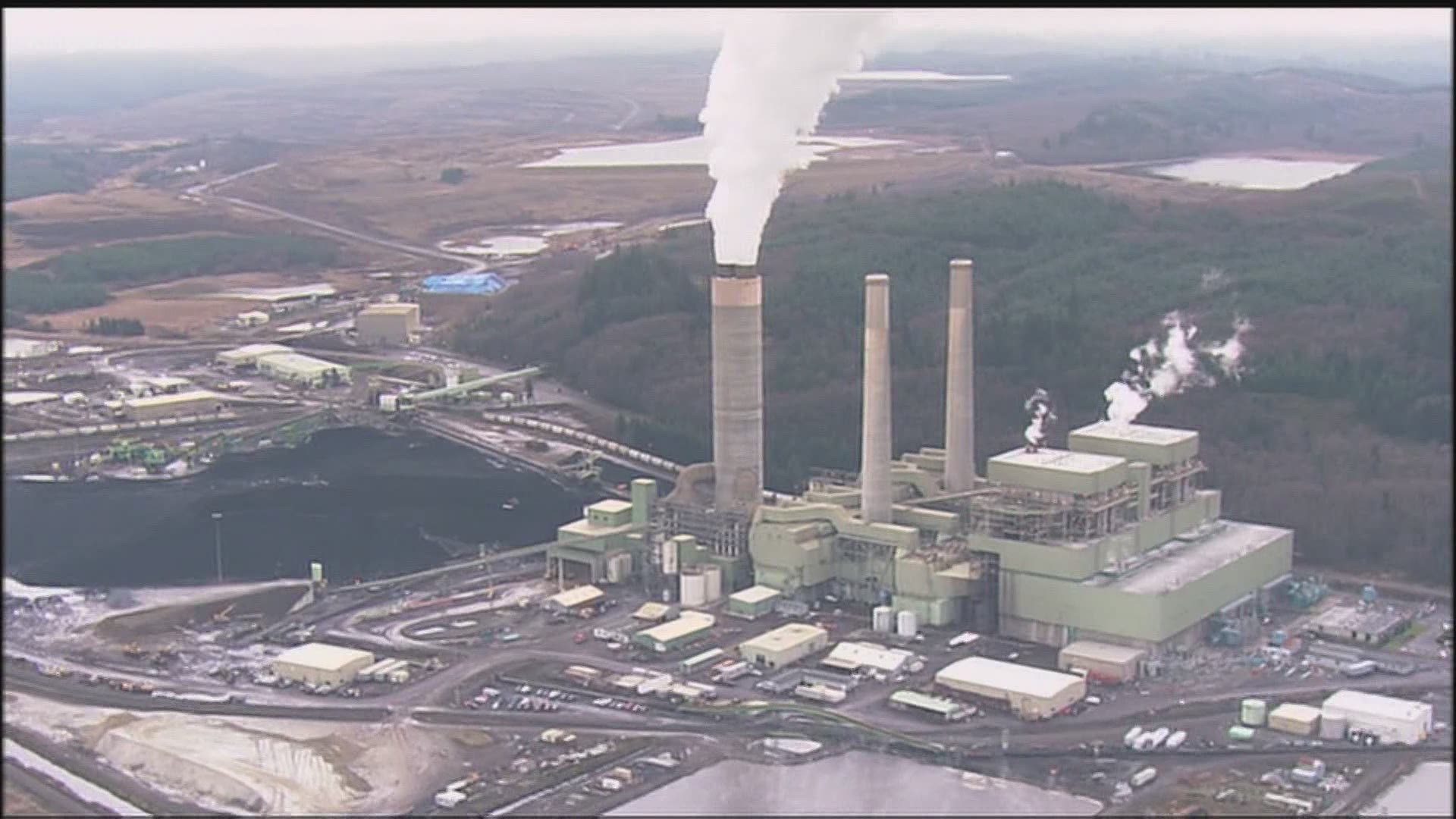 CENTRALIA, Wash. — The shutdown of Washington state’s only coal-burning power plant took a major step on Friday as TransAlta permanently halted production in one of its two units in Centralia.

According to a TransAlta spokesperson, unit one “went offline at 3:41 p.m.”

The closure was the result of an agreement in 2011 when state legislation was signed into law by then-Governor Chris Gregoire, a Democrat, to reduce mercury, greenhouse gases, and nitrogen oxide pollution. The agreement called for the closure of unit one by the end of 2020. The remaining unit must be shut down by the end of 2025.

TransAlta accounts for 10% of all greenhouse gas emissions statewide, according to the Department of Ecology.

The closure means 64 employees are being laid off, including supervisor Jeff Yanish.

He started at TransAlta in 1996 and hoped to stay with the company until the full closure in 2025, but said last month he was informed he was being let go.

“I kind of planned my future around the next five years of employment,” said Yanish, “That’s not exactly as it panned out unfortunately.”

According to the TransAlta spokesperson, the laid off employees are receiving approximately $44,000 in severance packages and $1 million was set aside for education and retraining opportunities.

Environmentalists critical of the impact of coal burning on the state’s air quality called for the plant’s closure for years before the 2011 agreement.

Yanish said he was proud of his 24-year career at TransAlta and felt the company tried to be the cleanest plant in the country.

He said the community is losing a lot with the closure.

”I learned so much and worked with so many talented people out there. It's just, it's mind boggling,” said Yanish.

RELATED: Agreement would mean end to coal-burning at Centralia plant