The ads aim to raise awareness that as the salmon population drops, whales are starving. 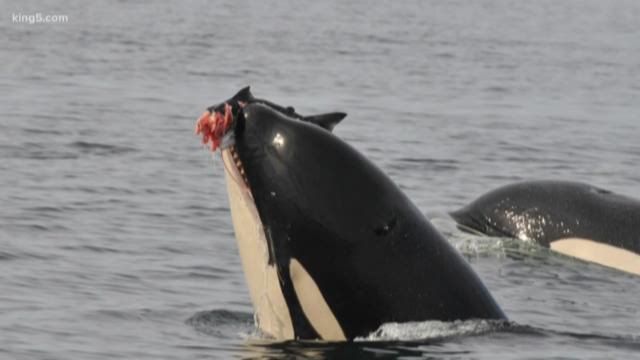 If you ride the ferries, expect to see southern resident killer whales this month.

Not outside. They'll be riding along with you. A 15-second ad will run on the ferries to raise awareness about the crisis facing Southern Resident Killer Whales who are running out of food.

Whenever aboard one of the Washington state ferries, Laura Rotegard makes sure to bring her binoculars just in case wildlife passes by.

She's exactly the kind of passenger this new ad campaign is targeting.

"I know the whales are going extinct, maybe shortly after my lifetime, I'm glad I won't be around to see it. But I'm not going to count them to zero, at least not quietly," said Center for Whale Research President Ken Balcomb. 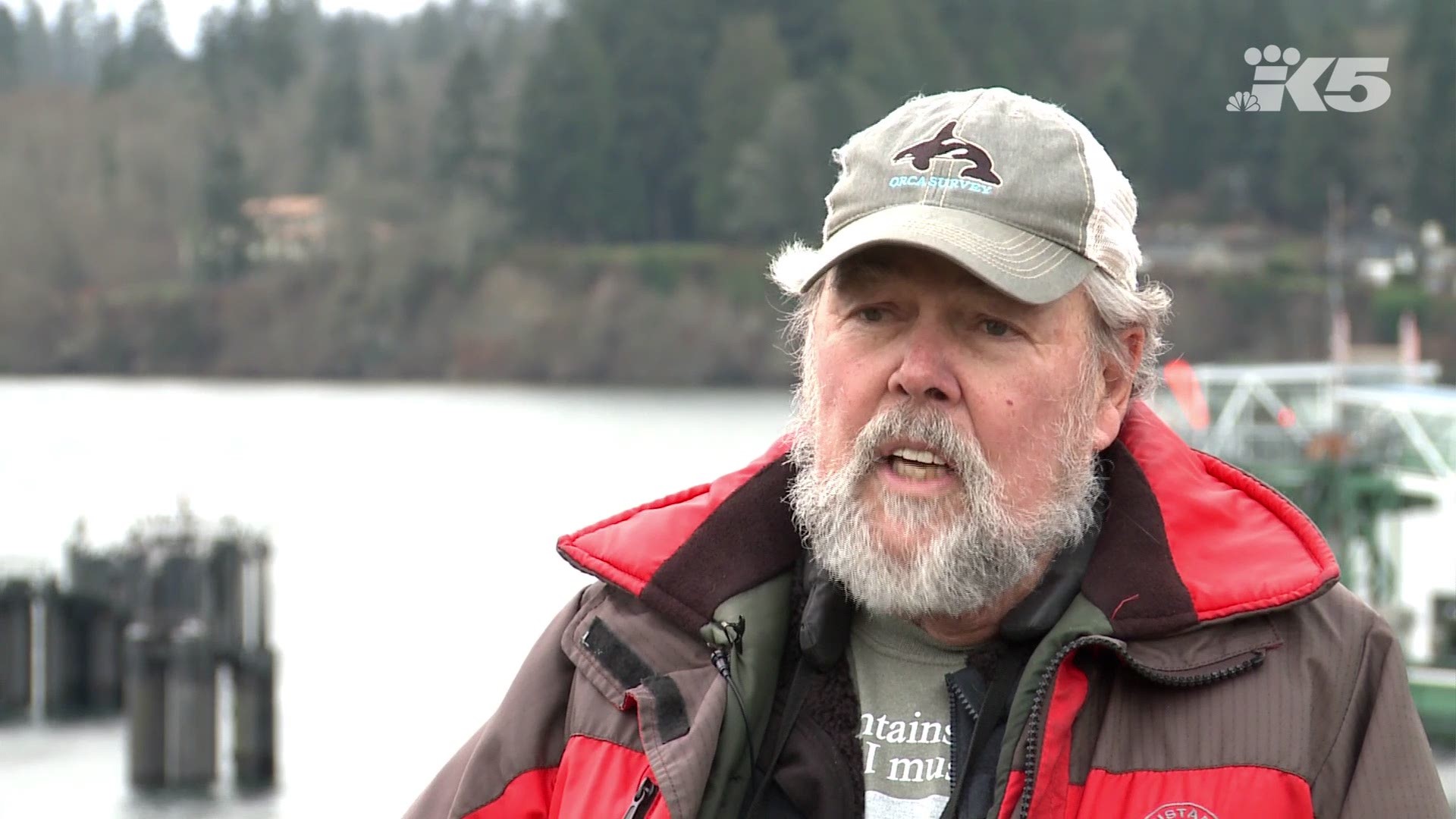 Balcomb has studied the whales for more than half his life, but he worries there will be none left for others to study once he's gone.

The southern residents are starving. Unlike other killer whales, they only eat fish and mostly Chinook salmon. But the salmon are also disappearing.

"There's less than 30 individuals that are capable of reproduction at this time. It doesn't make any difference if we have 76 whales. Most of them are just mouths to feed. We're just not providing a new generation to replace the ones that eventually die," Balcomb said.

It's why The Center for Whale Research has launched its first ever ad campaign. They want to raise awareness about four dams on the Snake River. They believe those dams need to come down in order for fish to come back, and they want people to demand it from politicians like Governor Jay Inslee.

Today, all of the Snake River salmonids are listed under the Endangered Species Act.

Environmentalists started suing over the dams in the 1990s. Each time, a judge ordered a re-examination of the system to better protect fish.

Advocates of the dam say they're necessary for electricity and transportation of goods. Critics of breeching the dams also argue that many of the juvenile salmonids are filled with toxins and would struggle to survive even if the dams were gone.

"I don't even know if it will work. It's a lot of money. Fifteen grand for newspapers, another three grand there. Four grand there. But we're not going to stop until we're out of money or something moves," Balcomb said.

Balcomb believes time is running out. The orcas could be gone by the end of the century. There are only 76 left, and less than half of them are reproducing. Recent births have ended in death just a few years later.

"I've had such a wonderful life studying whales that I owe it to them, and I owe it to future generations of people in this region to do what I can. If it takes the rest of my life, that's what it will take," Balcomb said.

Time will tell if passengers like Rotegard see the ad and do anything in response.

"If I walked by and saw orcas breaching on a video, I might stop for a second and see what it's about," she said.

For more information on the ad campaign and how to get involved, visit whaleresearch.com.