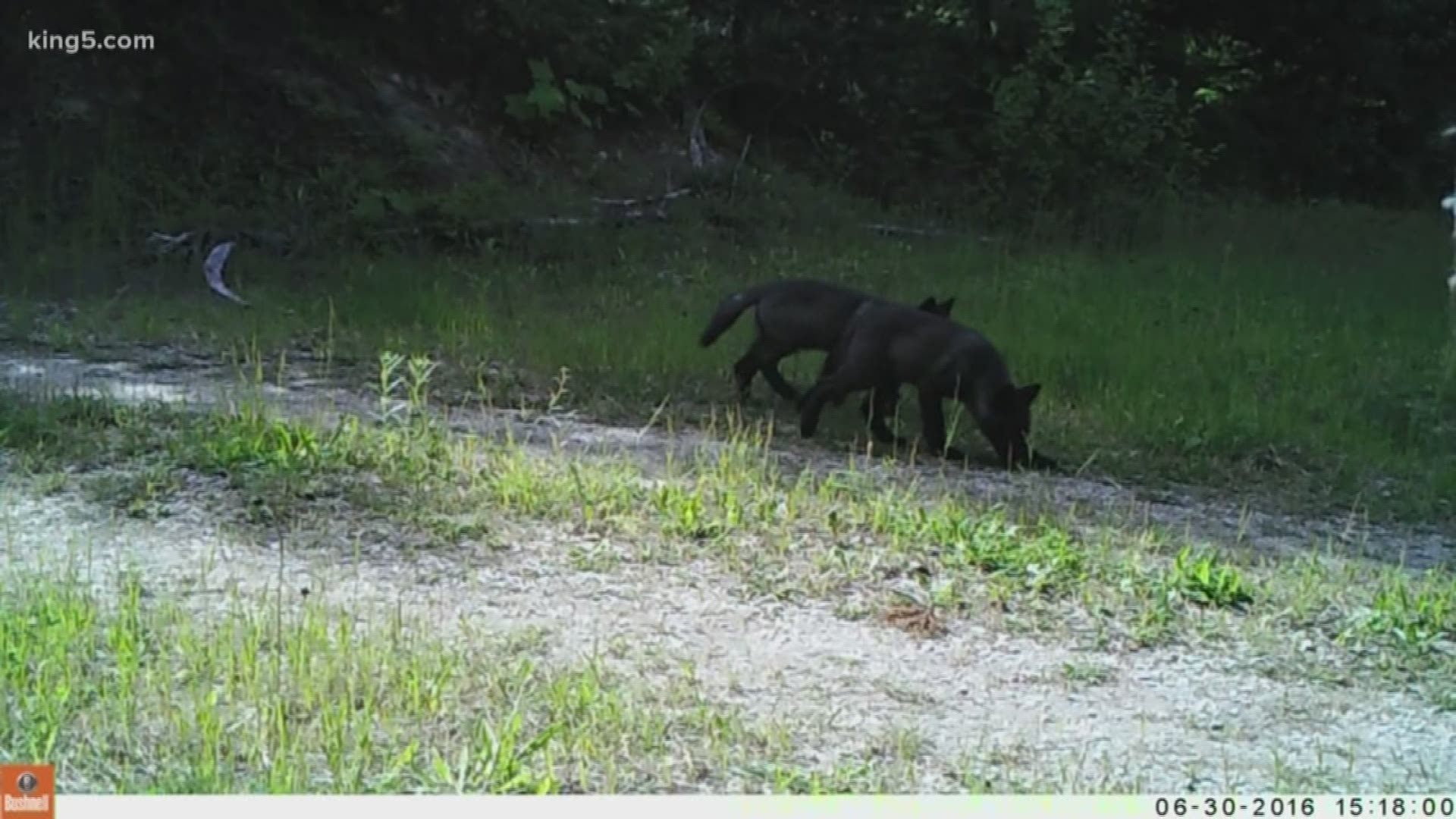 Conservationists focused on wolf recovery know it can be one of the state's most controversial topics, and dueling wolf bills now show the divide between politics east and west of the Cascades.

The first bill was proposed by Rep. Sherry Appleton, D-Bainbridge Island. It reads, "The department may not authorize the killing of gray wolves". HB 1045 would make it illegal for the state to kill wolves for attacking livestock and instead force their relocation.

Rep. Joel Kretz, R-Wauconda, lives in wolf territory and filed a bill in response. HB 1639 would create a wolf sanctuary on Bainbridge Island so problem wolves can live there instead and locals can benefit from "the largely untapped wolf tourism industry."

"It's a response to a really insulting bill," Kretz said.

Kretz says his constituents are constantly plagued with the challenges of wolf recovery and a bill that would ban killing wolves could ruin their rural economy.

"The big impact is the stress on the cattle. I had a rancher sell 200 of his best cows a summer ago because they had been harassed all summer long. They came in, I have pictures, they were two for 300 pounds on your way. They are skin and bones. They don't have a calf by their side. And they're not pregnant. They are crazy for being run all summer long," he said.

Kretz says the language is meant to send a message that his district feels like western politics prioritizes wolves over kids, livestock and their livelihoods.

Critics of both bills say neither are likely to pass and time would be better used working together.

"Neither of them seem likely to be approved by the legislature and frankly there are better ways for legislators to help support both wolf recovery and rural communities. For instance, the most pressing need is state funding to support non-lethal deterrent measures that actually reduce wolf-livestock conflict before they even happen," said Shawn Cantrell with Defenders of Wildlife. "It's unfortunate that at times the approach to the wolf issue is driven more by emotion than science or the ability to sit down at a table and work together."

Kretz says he knows his bill is going nowhere. A new law was never the point.

"I am not going to sit by and not respond. I think we can do better. I think we can come up with a program that ensures healthy wolf populations and also a ranching community that is thriving instead of going out of business. When that happens, all those ranch lands are going to get busted up into 20-acre ranchettes and you can imagine what kind of wildlife habitat it is then," he said.