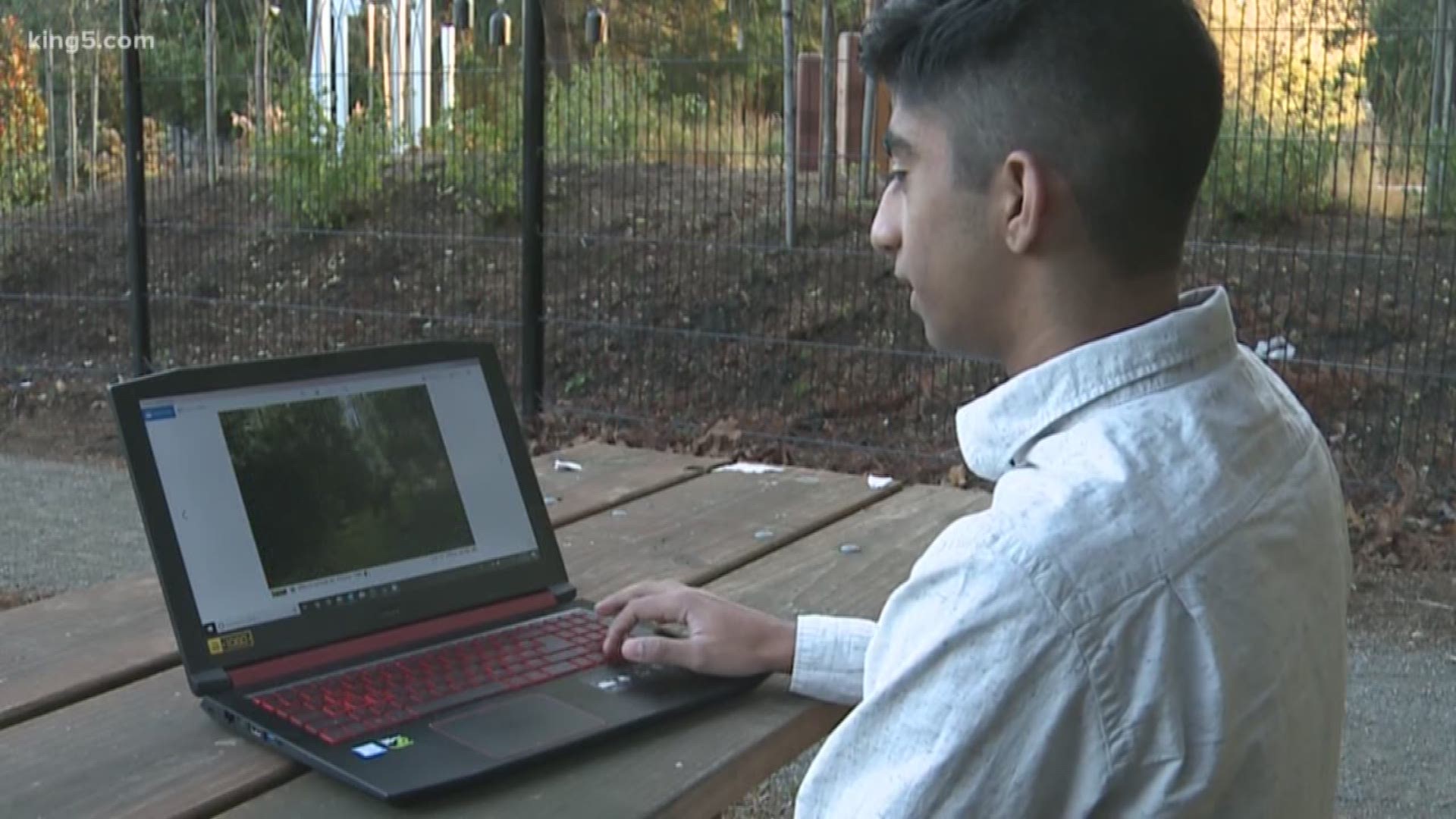 BELLEVUE, Wash. — A Sammamish High School student is using artificial intelligence to help scientists who study wildlife by speeding up one of their most mundane tasks.

A typical wildlife camera can store up 25,000 photos and when it's done taking the images, someone has to go through all of them.

"There are just too many images and not enough time," said Manoj Sarathy, a 17-year old student is working on problems most adults can't solve.

He's using his personal computers to use artificial intelligence in an effort to help scientists speed up their wildlife camera data sorting process. Sarathy's working on a machine learning algorithm that will sort the photos for the scientists.

He's working on what's called a convolutional neural network, and it's made up of several layers, each of which are trained. It looks for patterns in the images, such as colors and shapes. That is calculated in the training data and once the machine is fed new data that it is supposed to classify, it puts the image through those layers in order to identify these patterns and use that to predict a classification it believes belongs to the image.

It will help scientists gather more real-time data to act faster rather than spending months sorting through thousands of images manually.

"We put these out over the winter in the Cascades to study wolverines. We will leave them out for eight to 12 months and get anywhere from 800 to 13,000 images," said Woodland Park Zoo Senior Conservation Scientist Robert Long. "So when Manoj approached me and said he had already started working on his, I was really excited, because it gave me a chance to take some of our photos and imagery and put it right in the hands of someone who is working on this problem."

Sarathy says he's now at the point where his home computers are starting to crash. That's where Microsoft's A.I. For Earth program will help. The grant he has received will give him access to computers that have much more power. His goal is to put out a machine learning algorithm that conservation organizations can use but also be a improve upon.

"This type of conservation work is something that I wish more people my age were getting involved in," Sarathy said. "I feel like I have a responsibility, not just to the animals, to give them a voice in a society that they just don't have right now, but also to future generations in order to allow them to experience the same love and awe of animals that I have."