In a rare encounter, researchers documented a group of Southern Residents apparently foraging in Monterey Bay over the weekend. The orcas have only been spotted that far south a handful of times in the last 20 years. 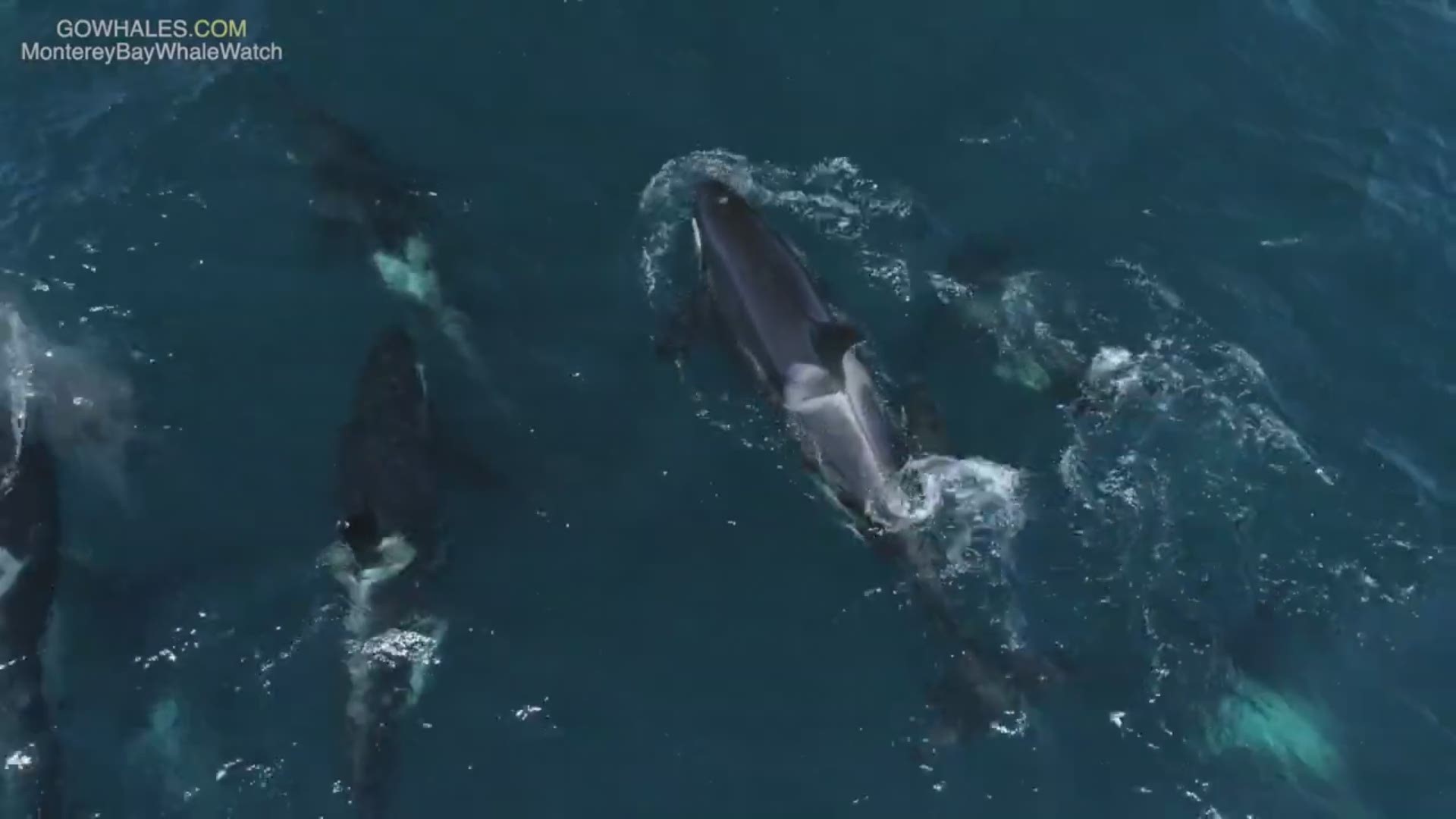 A group of Southern Resident Killer Whale has been spotted off the coast of Monterey, California, making an over 1,000-mile trek from their home waters in the Pacific Northwest.

Members of the L pod, which has 35 whales, were seen Sunday afternoon swimming and diving in Monterey Bay, according to Nancy Black, a whale researcher and owner of Monterey Bay Whale Watch.

“Everybody was relieved, because everybody up north your way has been following this so closely,” Black said.

L124, a three-month-old calf named Lucky, was swimming with its mother and appeared to be healthy. Black said she was “relieved” to see Lucky, because the calf hasn’t been spotted in several months. L124 was identified back in January, bumping the Southern Resident population back up to 75 orcas.

Black sent photos of the whales to Ken Balcomb, executive director of the Friday Harbor-based Center for Whale Research, who confirmed the sighting.

The L pod sighting was a surprise to researchers as there hadn’t been any reports of the pod further north along the coast.

“It was a mystery as to where they had been lately,” she said.

Although Black said she didn’t see any of the killer whales catching a fish, they appeared to be foraging. It isn’t salmon season yet, but Black said she had heard reports from fishermen that there has been evidence of salmon between Monterey Bay and Half Moon Bay, which is about 60 miles north.

With dwindling salmon populations, orcas are having to travel long distances to find food.

However, it’s pretty rare to see Southern Residents in central California, and Monterey is the furthest south that those orcas have been spotted. They were first spotted near Monterey in 2000, and since then Black says she’s only seen them there four times, the last of which was eight years ago. The other time the orcas were seen feeding on salmon in that area was during a two-day stay in 2002.

“It’s a long way to go to have to find salmon, but if they’re finding it they need to go where the fish are,” Black said.