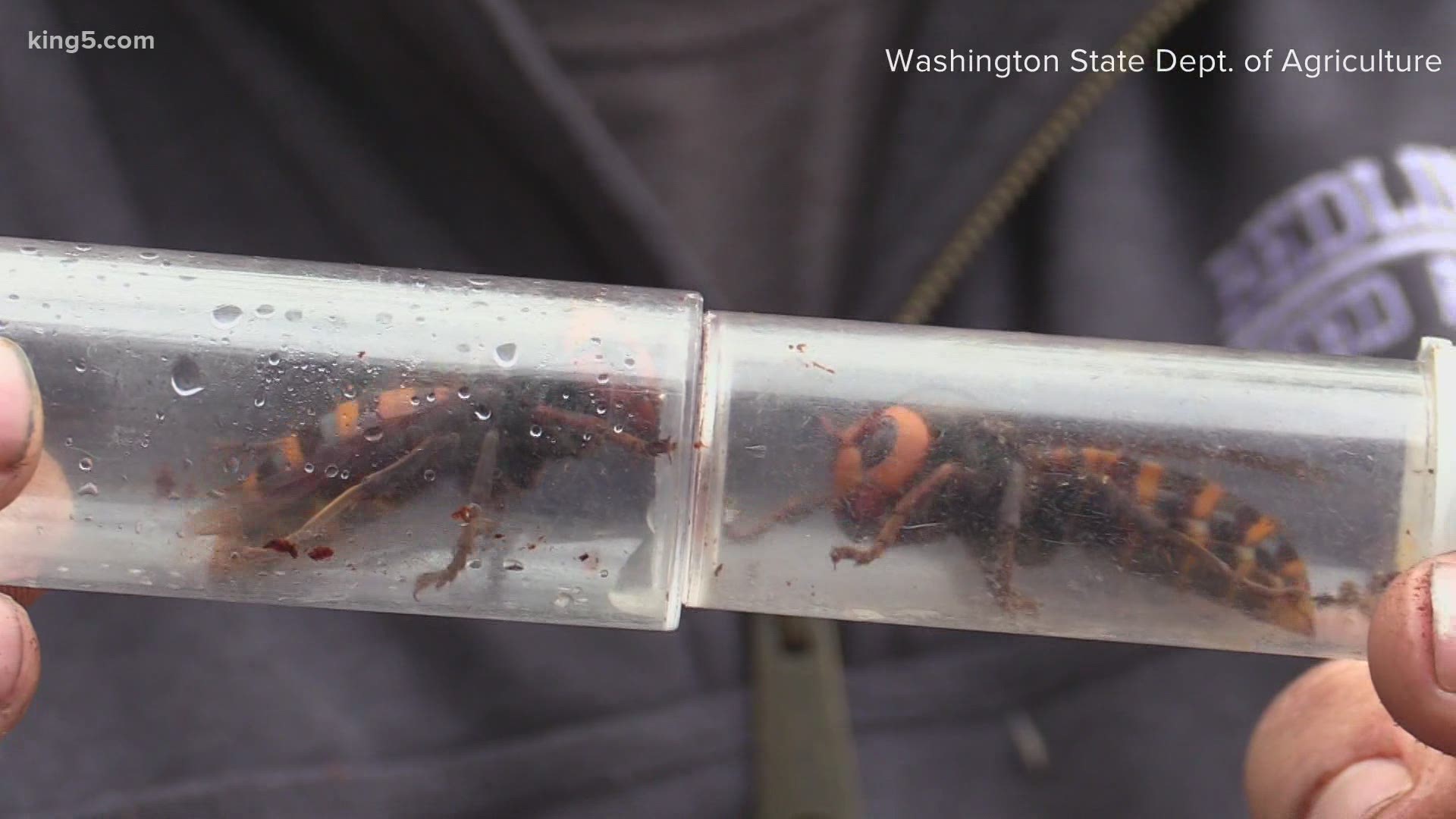 All Asian giant hornet traps in Washington will be taken down by Dec. 23 in preparation for winter.

Washington State Department of Agriculture (WSDA) spokesperson Karla Salp said Thursday that Asian giant hornet workers and drones are expected to die off this winter, and the queens will find a spot to hibernate.

Although the traps won’t be in place, Salp said people should still report sightings to the department whether the hornets are dead or alive.

Earlier this year, WSDA placed hundreds of Asian giant hornet traps around Whatcom County. The traps are clear plastic bottles and contain a mixture of orange juice and rice cooking wine or sake.

Officials successfully eradicated the nest, which was in a tree in Blaine. Nearly 200 queens were found in the nest, 108 of which were still in capped cells, ready to emerge. 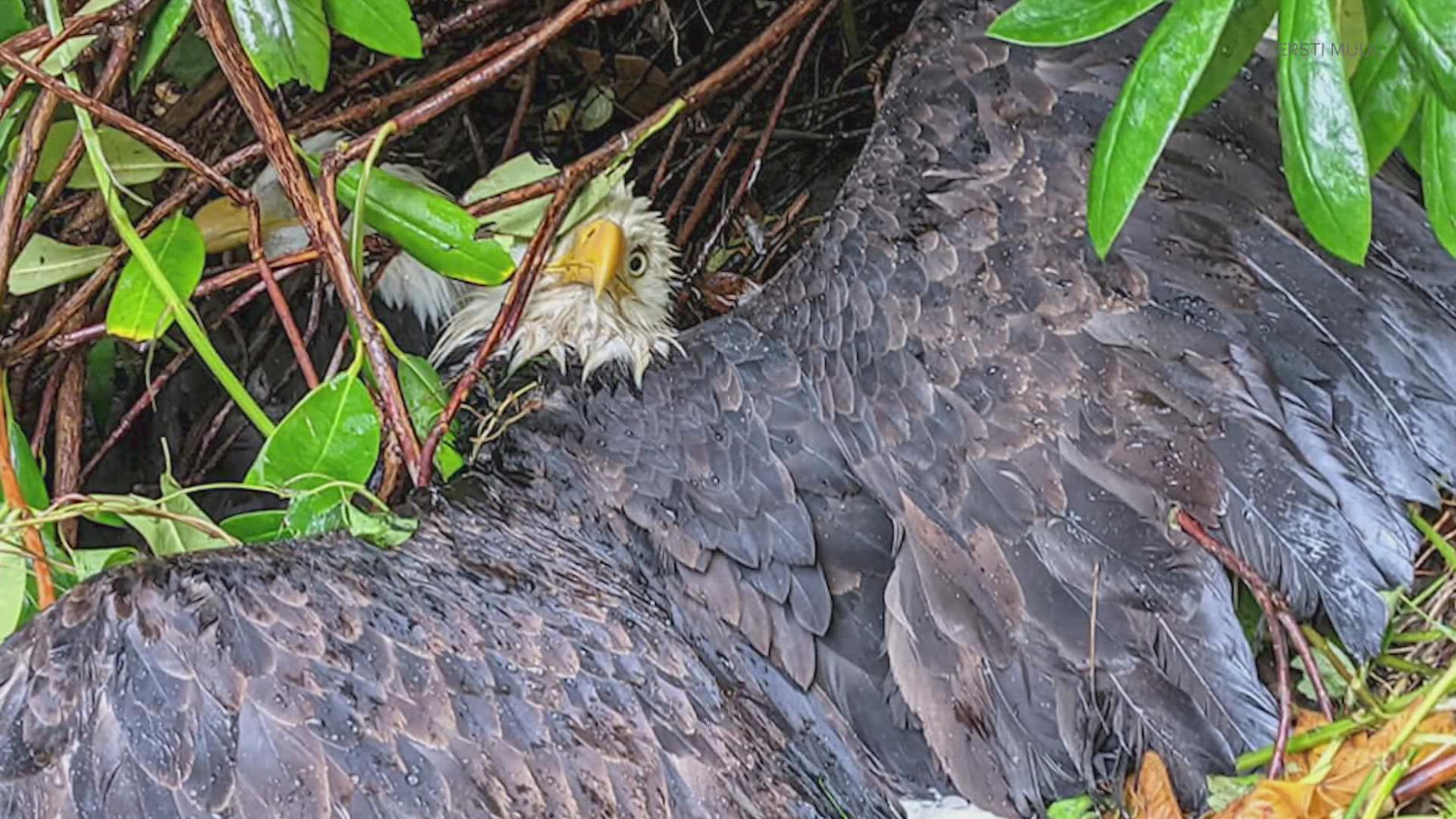