The worker Asian giant hornet was found dead in a trap in Birch Bay on Aug. 19. 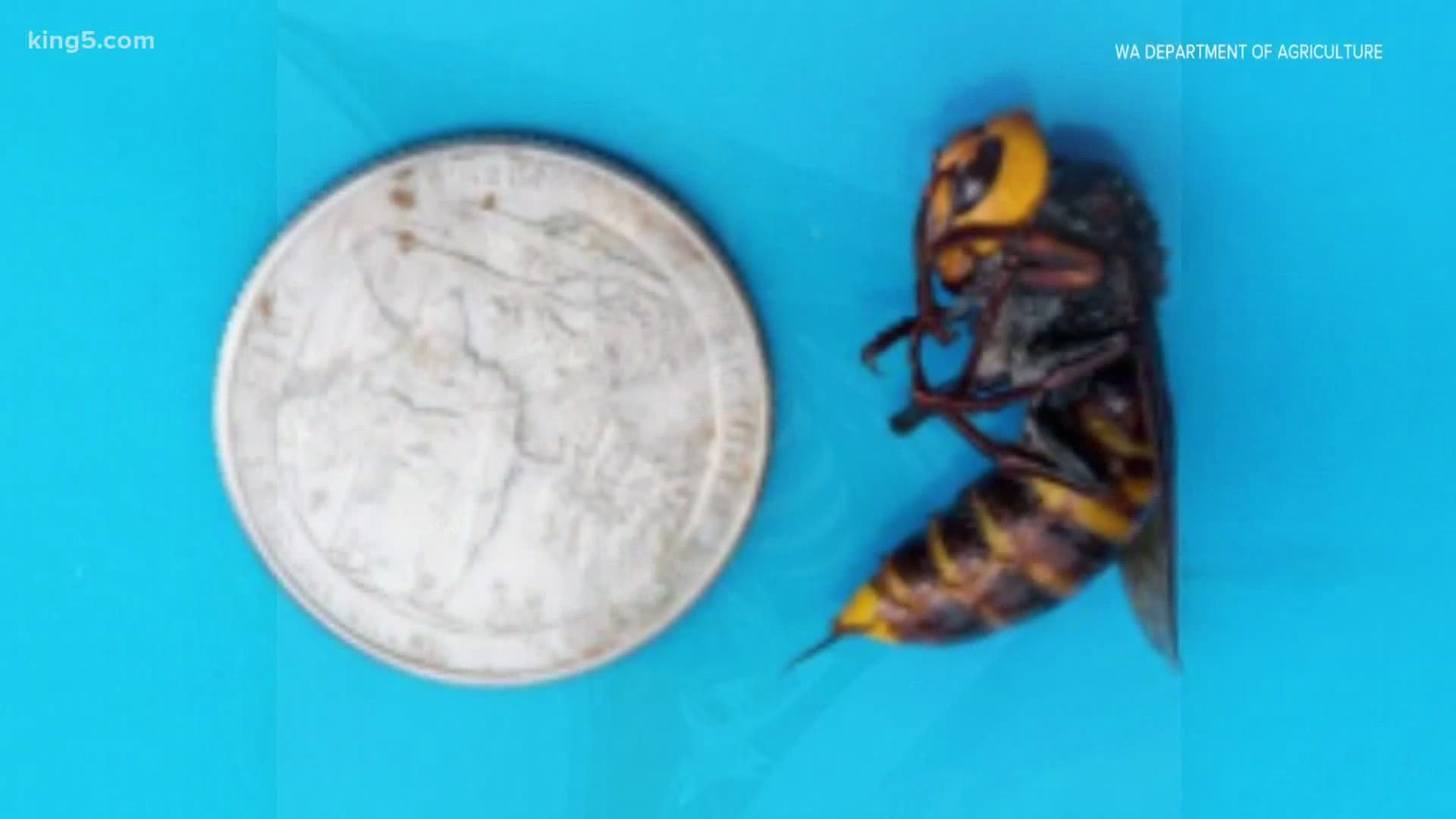 BIRCH BAY, Wash — Another Asian giant hornet has been found in Whatcom County. Officials with the Washington State Department of Agriculture (WSDA) are continuing to work to track the hornets back to their hives in an effort to eradicate them.

The Asian giant hornet worker was found dead in a trap set by a local beekeeper in cooperation with the WSDA in the Birch Bay area, near Blaine, Wash., on Aug. 19, according to a WSDA statement.

It was discovered in the same area as an unmated queen Asian giant hornet trapped in July. The invasive species so far has only been found in Whatcom County.

Officials said the worker hornet was "considerably smaller" than other specimens found up to this point, and encouraged people setting traps to be on the lookout for these smaller specimens.

The worker wasn't the only hornet found in Birch Bay last week.

A person eating at a restaurant in Birch Bay on Aug. 18 witnessed an Asian giant hornet fly up to them. They were able to get a photo before it flew off without being captured and the person sent the photo to the WSDA, officials said.

The WSDA said they're working with researchers at the University of Washington to test radio tags for tracking live Asian giant hornets back to their nests.

WSDA has set up live traps in the area of Birch Bay where the worker specimen was found. The traps are intended to catch live Asian giant hornets, which could then be tagged and tracked back to their colony, officials said.

If a colony is found, WSDA would work to eradicate it.

Asian giant hornets are brutal to pollinators, known to decapitate honey bees and are the subject of wide fascination. At least nine Asian giant hornets have been found in Whatcom County since last winter, according to the WSDA's detection website.