The depths, currents and conditions provide a training opportunity for the divers, as they help the state clean up derelict civilian fishing gear. 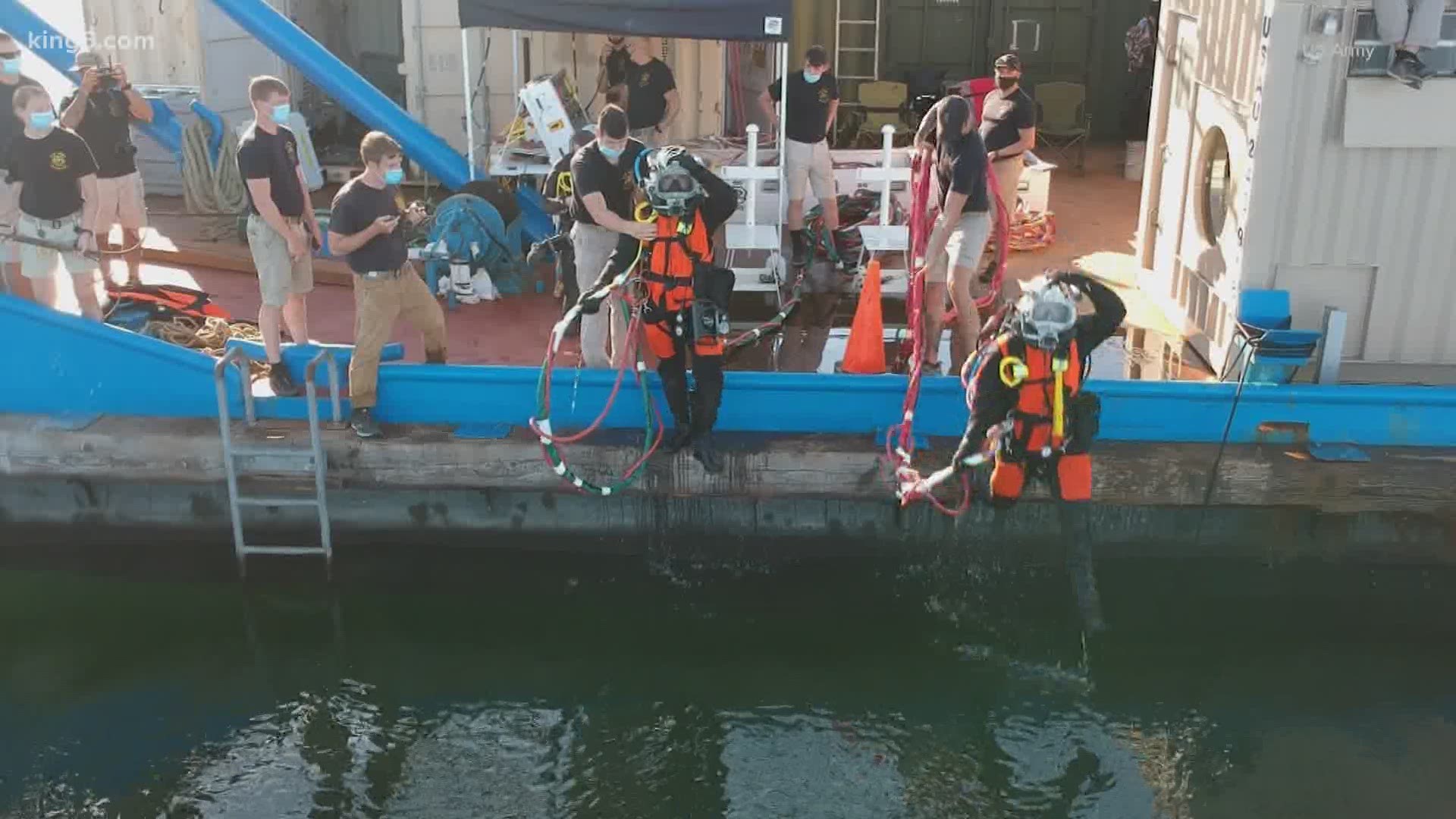 FRIDAY HARBOR, Wash. — The state has partnered with the U.S. Army to remove dangerous fishing debris from waterways and provide valuable training for divers.

A team from the Army’s 86th Engineer Dive Detachment has been working off the San Juan Islands since July 7, removing derelict fishing gear from the deep waters there.

Sixteen soldiers performed dozens of dives, identifying, dismantling and hauling up nets and line. The challenging depths, currents and conditions also provide a training opportunity for the divers.

“So it allows us to come out here to practice some of the training that’s hard to replicate in shallower depths,” said Capt. Robert Cornell, commander of the dive detachment. “And it provides some local benefit to the community by removing these nets.”

Army divers can be tasked with a variety of missions, including "reconnaissance, demolition, and salvage in underwater conditions." They often help with port openings and helping get troops and equipment across rivers and lakes, Cornell said.

Dives to depths over 95 feet require more elaborate precautions after surfacing to prevent decompression sickness, Cornell said. Video supplied by the Army shows divers hurrying out of their suits, and into a metal chamber to slowly come to surface pressure.

The dive detachment worked in Washington last year. They finished their 2020 mission on July 22.

The Department of Natural Resources said it's glad for the help. Conditions make recovering the equipment in some areas difficult for other teams.

There’s certainly plenty of material to work with. The state believes hundreds of tons of derelict fishing gear has accumulated in Puget Sound and the Northwest Straits region, especially North of Everett. These drifting pieces of debris create a number of hazards, entanglements for divers and swimmers, threatening wildlife, harming fragile ecosystems, or damaging and endangers boats and their crews.

Sgt. Jared Lausen is one of the divers working off San Juan Island. He returned last year from a nine-month deployment to Kuwait.

He said the conditions in the San Juans are tough to replicate anywhere else – and important to train in, because they can’t control environmental conditions on real missions.

The team pulled 3,600 square feet of gill nets up, and 1,600 feet of line. Lausen described working underwater and finding nets that stretch on, disappearing into the distance.

“You can hear it as much as you want, but until you see it, how long these nets are, thousands of feet long,” he said.

The dive detachment, which is based at Fort Eustice in Virginia, next heads to Alaska for a training mission supporting the Coast Guard in August.

The state operates a reporting program for derelict fishing gear. You can find more information on reporting it here.